Rate this article "The Walking Dead: Michonne -Ep2- Give no shelter"

The Walking Dead: Michonne -Ep2- Give no shelter

Brown Michonne sharp color continues to separate the heads of the dead walking from their bodies in the second ring, and the dose of action exceeded the recommended limit, to get a vicious ring full of action scenes.
Well, the story continues where we left it, where? It is nice to see that she does not wait until very few minutes before she enters into the important events. In fact, her call to important events does not mean that she is exciting. The episode is really hollow and the story shows her weakness, because it is a series of only 3 episodes. Everything in it is urgent, there is no room for building relationships or a sense of the true depth of the characters, everything is done in very few minutes, although it succeeds again in finishing with an influential event.

The gameplay has not improved, and if you read or play the first part, you will know that the game has simply and ineffectively added some places with free control, moving and talking to characters and interacting with the environment. All this has been deleted. , But without characters, is completely empty and does not allow you to know more than you know in the first episode, otherwise the game contains lots of QTE clips, not bad especially as it accompanies this time a lot of action clips. 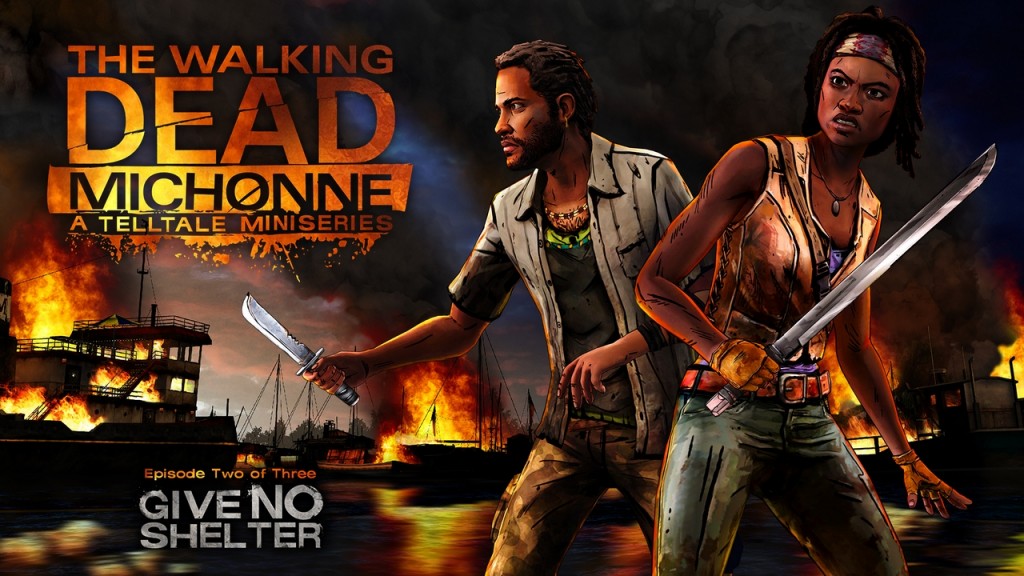 This may be the only good thing he took in this episode. Action starts from the beginning and continues to the limits of the end. The focus of this is clear. The character of the main game is more vivid, and its sharp and violent character is distinguished from the characters of the first and second season of The Walking Dead, Giving you a background on her past has gained a deeper personal character and has become a believable print.

The episode is short and since it has become more dependent on self-activating events like the many action pieces, I do not think you will spend more than an hour and a half, even if you feel that the length of the episode is less than that. , But about the graphics and music I may be busy cutting off the enemies to notice something, but I began to feel that the time has come to get the studio engine on the upgrade of large size, or changes to the engine capable of transferring the value of art to work, especially in such a game could not show the level Best in writing. 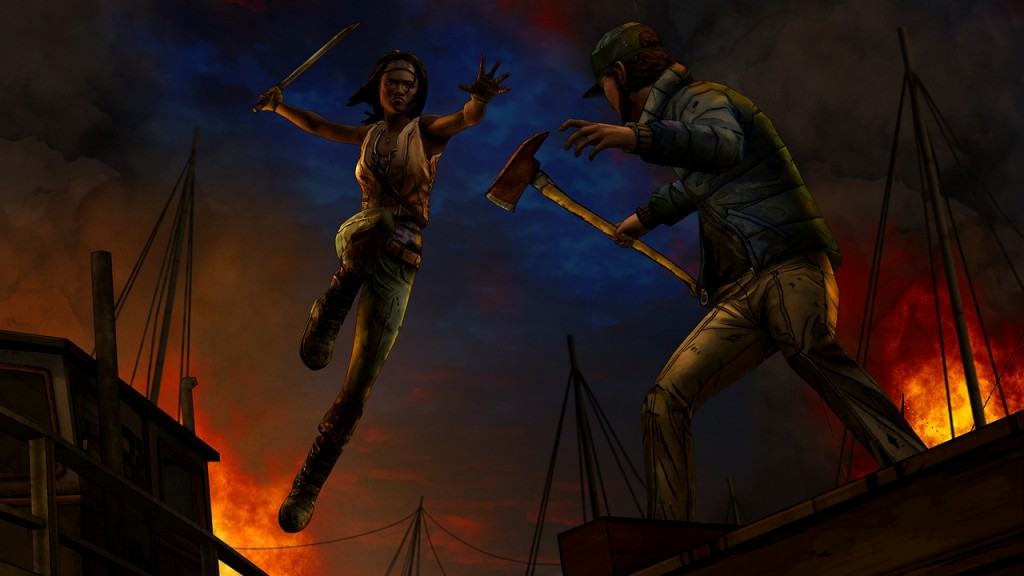 In the first and second episodes this was the weakest episode, and the feeling that your decisions gave results does not exist, so counting on the third link between everything, and making the three rings coherent, if you missed this short series and you played the first part and the second, you did not waste much.
///
- Events start quickly - action dose
The episode is full of action, but it does not have depth to help the events appear dramatically and the style of play retreat in a way that feels the player short and the urgency in building events and personalities

Rate this article The Walking Dead: Michonne -Ep2- Give no shelter