Rate this article "The Walking Dead: Michonne -Ep1- In Too Deep"

The Walking Dead: Michonne -Ep1- In Too Deep

So far, the first game of the Walking Dead has been the best of the studio studio and "Telltale", and maybe the game you've brought up. After completing a second major part and waiting for a third season, we get a short series called "Michonne" The first is the beginning, but not the beginning of the beginning.
Why is not the game beginning? Simply because it is somewhere between the events of the story of the Walking Dead picture, and the game bears the name of her main character, the brown Michonne, which is isolated from the people in a conflict with the dead walking and painful past the loss of her daughters, and after meeting a new group of survivors begin to form new relationships and do more From sacrifices, you will have a major role as usual. The start is exciting but slow, or you may experience a slow pace of play in the early minutes of very limited moves. 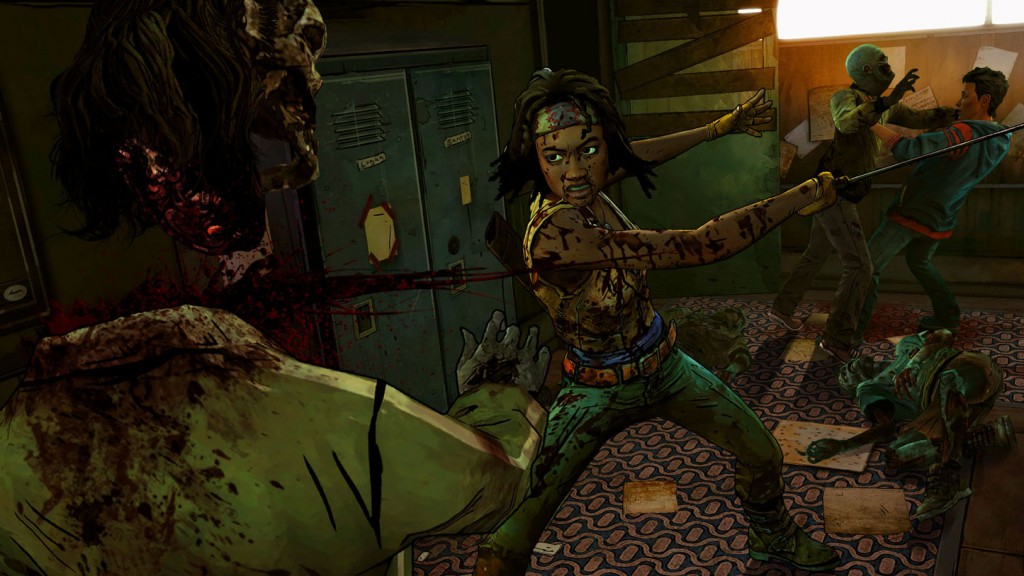 You know that it is difficult to judge the story from the start, especially since this series consists of only three episodes, but the usual choices in studio games do not show whether they are right or wrong, which makes you make some sacrifices that you will regret later. With the dead living or surviving, they are now known in the series, but they are related to the personalities and relationships they make, and Michonne has once again succeeded in putting you in difficult situations and within an interesting story, character building yet still at the beginning and the main character seems cool so far and will be easy Give up the characters in the episode First, if they do not gain greater depth, and fear that the team will not be able to do so in only two rings, one of which will be the end. 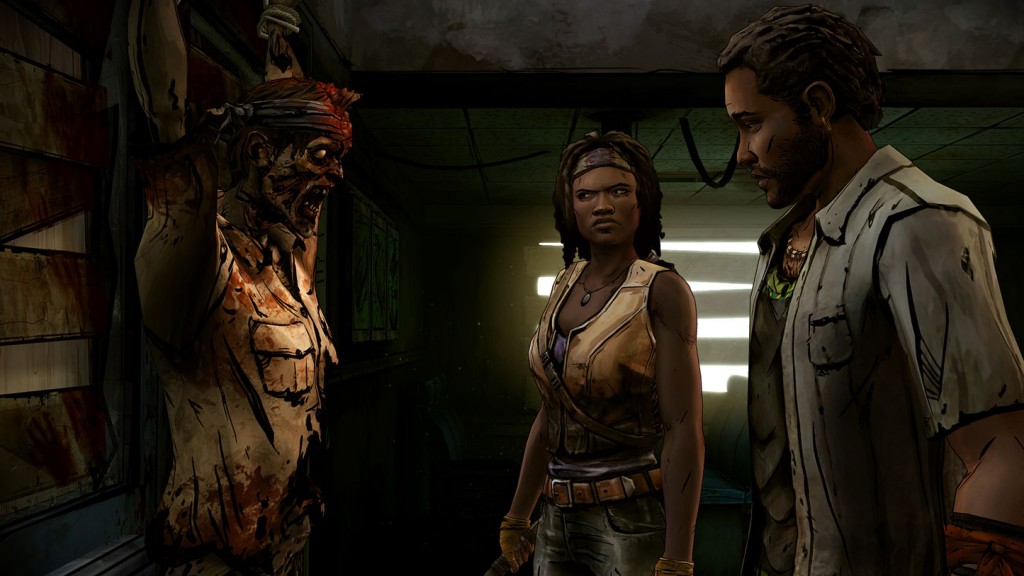 With regard to TWD Michonne's style of play, the elements of the development team's games are taken. Personality control is free in specific places, where you can navigate the environment and interact with characters and things in them, and sometimes scenes of limited control, such as moving the analogs in one direction only for a particular movement, Where you have to press the buttons quickly and correctly and usually do to accompany the action sections of the game in the game, we find the things that distinguish the studio games but limited, some options lead to the same events and results, and stages of free play, It does not mean that it is bad, but as someone you know first, you will need some time to accept her fighting personality and grief.

With the same engine, it is very difficult not to distinguish studio games from others, but things are getting a bit old, we do not know if this is wrong or not, the game does not show technical strength anyway, and no technical value can make this side Better, and the game does not really look better than the rest of the studio, music on the other hand can create the right floor for the events, and the beginning and end songs (licensed songs) made a special touch that can be used later in the game to change its overall atmosphere.

Rate this article The Walking Dead: Michonne -Ep1- In Too Deep