The last sequel to The Golf Club's full name is The Golf Club 2019 featuring PGA Tour, which will be pleased to see professional golf attendants, as EA Sports with a license for this competition did not do the very good stuff. All other players who like to play virtual golf and have no contact with his professional side will mean nothing more than just being able to play PGA career now. Plus, of course, six licensed sites that are now available. The rest of the game is still the Golf Club series and started two more sequels - an emphasis on the realistic ball throwing and the creator of the terrain with which the content can hardly run out.

Before embarking on the amateur finale, a golf school should be held, which does not last long, but briefly demonstrates all the important aspects of the game: kicking, sticks, modified strokes and putting. For those inexperienced who can hardly wait for hitting balls on a multitude of terrains, the positive news is that the tutorial really does not last long. But, for all the others, he remains somewhat obscure. Simply put, there are more concrete examples of the variety of situations that may occur during the game. Of course, you can always go to the exercise center and learn from the example of attempts and mistakes that is definitely more desirable than trying to figure out the mechanics of games at many tournaments.
That ball mechanic is very well elaborated, though sometimes it has its flies so the path is completely different from what you have imagined. In short, the whole process is reduced to upswing and downswing as accurate as possible in appropriate situations. This is the key - you need to know how to read the situation, pick a stick and hit it as precisely as possible, where it is not just as close to the hole as it is hit by the straightest part of the terrain. The second part of the kickback refers to the where the field reading is even more important with the knowledge of how much to hit the ball because the aforementioned flies are also here. For those strokes over 10 or more feet where it can be said that 100% will hit the hole just the opposite, because it was too heavy or too low, and the same blow on the previous hole came in no trouble.

Luckily, this does not happen often, but the problem is because such a flaw can mean the loss of the first place. That's why it takes a lot of exercise to catch the feel of the sticks and how much power it takes for the type of blow. What is even more weird the designer's decision is to select a stubble that never adjusts to the terrain. For example, the horn has a further 150 feet, and plays like a stick in the hands set whose maximum distance is to send the ball 120 feet. It's not horrible, because every stroke can be used to select the full range of stems from the carrier, meaning that no restrictions exist. In addition, there is also an option to reset the board on that first select rod when it comes to seeking a better solution among other percussion because there is a situation where that selection is correct. 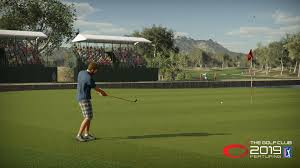 After getting acquainted with the mechanics and winning the amateur competition, she moves towards a professional competition in the PGA range. The same career is structured according to the principle of winning the tournament without any additional details to demonstrate progress on the golfers list. This sense of progress comes only by playing in the form of the most accurate ball bending to the goal. But in terms of careers, there is no additional motivation because unlocking new pieces of clothing, footwear, and fashion accessories is not so tense. However, once the game starts to play better and better, the feeling of own progress is more than satisfying.Throughout the journey to winning the final FedEx cup, it will be through a stack of tournaments, though this part can be significantly shortened because already in another tournament, if the three tournaments are won, it passes to the PGA level. In addition to being better players, there is also a rivalry option where random golfers will be awarded as a rival, and at the end of the tournament will compete statistics. An interesting idea that is not very well done because the goal is to be the best in the end.

This is the same problem that arises throughout your career, so the only motivation remains to be better for yourself, not because the game has awarded a rival who will not even remember when it comes next.Unfortunately, despite the PGA Tour licenses, the campaign itself is no more interesting, and the biggest advantage of the above mentioned license relates to the aforementioned sites that have come into play. However, in order to be a bit more stressful during all tournaments, there are special tasks from sponsors that can be solved, which sometimes requires more risk during the game. For all those golfers who are playing the game too much, or more correctly, challenging because AI is sometimes really good, there is also the option of choosing weight, so the difference between the normal and the easiest is quite significant. In any case, frustrations can be controlled as much to make it more relaxed to play in the tournament environment. 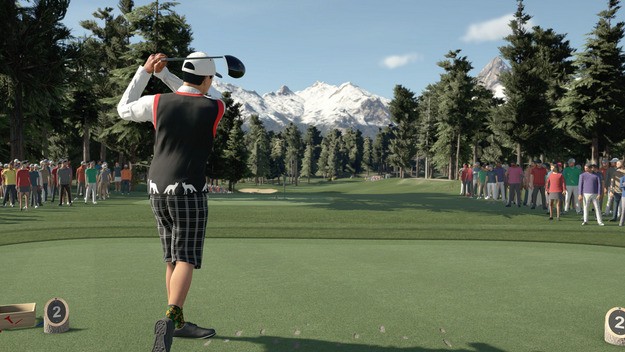 Happiness in the accident is that career is not the main segment of the game, but it is a multiplayer component, that is, playing against other players over the net. Local playing is also possible because it is always an extra plus because golf has some magic when playing against live players where there are always interesting situations. The network segment in this section has been expanded to new ways with those from previous sections, but it still comes down to solo or team play. Depending on your mood and your skills, you can always find something - from the more serious competitions to enjoy in the game where you do not have to worry too much about the outcome.Looking at the amount of content, the Golf Club 2019 can hardly be disappointed. A bunch of career tournaments plus all online activities along with the top creator of the field means always something new and wild can play. In fact, one could say that the creator is playing inside the game because the number of different options for creating terrain is more than enough to lose a lot of time just in that. If you've ever dreamed of an ideal golf course, you can do a lot of realization, share with others, and finally play the game, two or more of them. Even the ability to import terrain from the previous games has been added if you are recording with them and you do not need to re-create them.

Looking at the amount of content, this Golf Club 2019 can not be disappointed. A bunch of career tournaments plus all online activities with a great field creator means that something new and wild can always be played. In fact, one could say that the creator is playing inside the game because the number of different options for creating terrain is more than enough to lose a lot of time just in that. If you've ever dreamed of an ideal golf course, you can do a lot of things here, share with others and finally play a game, two or more of them. Even the possibility of importing a field from the previous game has been added if you have them recorded with you so you do not have to re-create them. 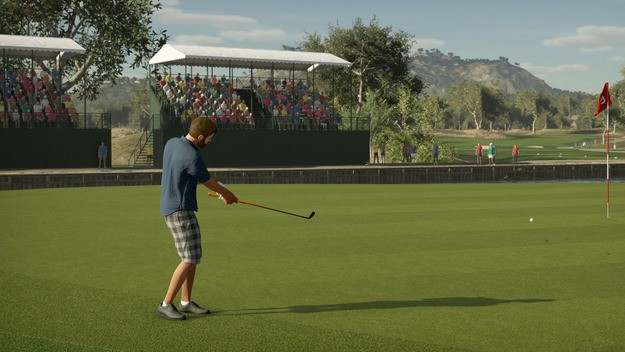 However, one major disadvantage is observed through the game. The visual presentation itself is not bad because the terrains really look nice but the audience could be better. A commentator is also present who generally predicates things well, and if something goes wrong, he apologizes and goes on. However, he lacks a bit more liveliness in tense situations when, for example, he is able to put a ball out of a crazy position. It can be said that there is generally little more atmosphere on the ground because the solo tournaments play alone to make it go faster so it may look "idle." There is even no detail where an animal would appear on the ground or something similar that would greatly affect the golfing atmosphere that can be seen through television screens.Despite this, The Golf Club 2019 is well-filled with the emptiness left by EA when it left the golf course. Now with the PGA Tour license available, the next sequel has a solid foundation where it can and should be devoted to creating an interesting single-player experience as the game creators have looked at the craft within the multiplayer environment. Batting mechanics are still at a high level, so nothing new has to be invented, possibly even extra to show what's there. The game is a great balance between relaxed tossing and creating challenges for all those who feel that the competitive segment is their style. Therefore, a professional or amateur, you can enjoy it equally if this sport is your cup of tea.

Rate this article The Golf Club 2019