Rate this article "The Binding of Isaac"

The Binding of Isaac

First time when you start the game you can only pick Isaac which has:
Damage: 3.5
Tears: 1
Shot Speed: 1
Range: 23.75
Speed: 1
Luck 0
And he get's a bomb and The D6 which rerolls evrey item ( not trinkets or pickups) and can be used after cleaning 6 rooms.
The controls are simple and the game's requirements permits when for the low pcs to play.
The game is based on items which can be found in Item Rooms (100% , you need 1 key to unluck) , Secret rooms(you have to guess and use a bomb) , Shops (buy with coins) , boss battles (after you beat the boss) , deals with the devil (costs hp) , deals with the angel , golden chests ( need a key to open , 2-5 pickups that can include hearts, coins, keys, other chests, bombs , items , cards , pills). The items upgrade/downgrade your character depending on your choice to take or not that item.
This is a photo with most of the items in the game: 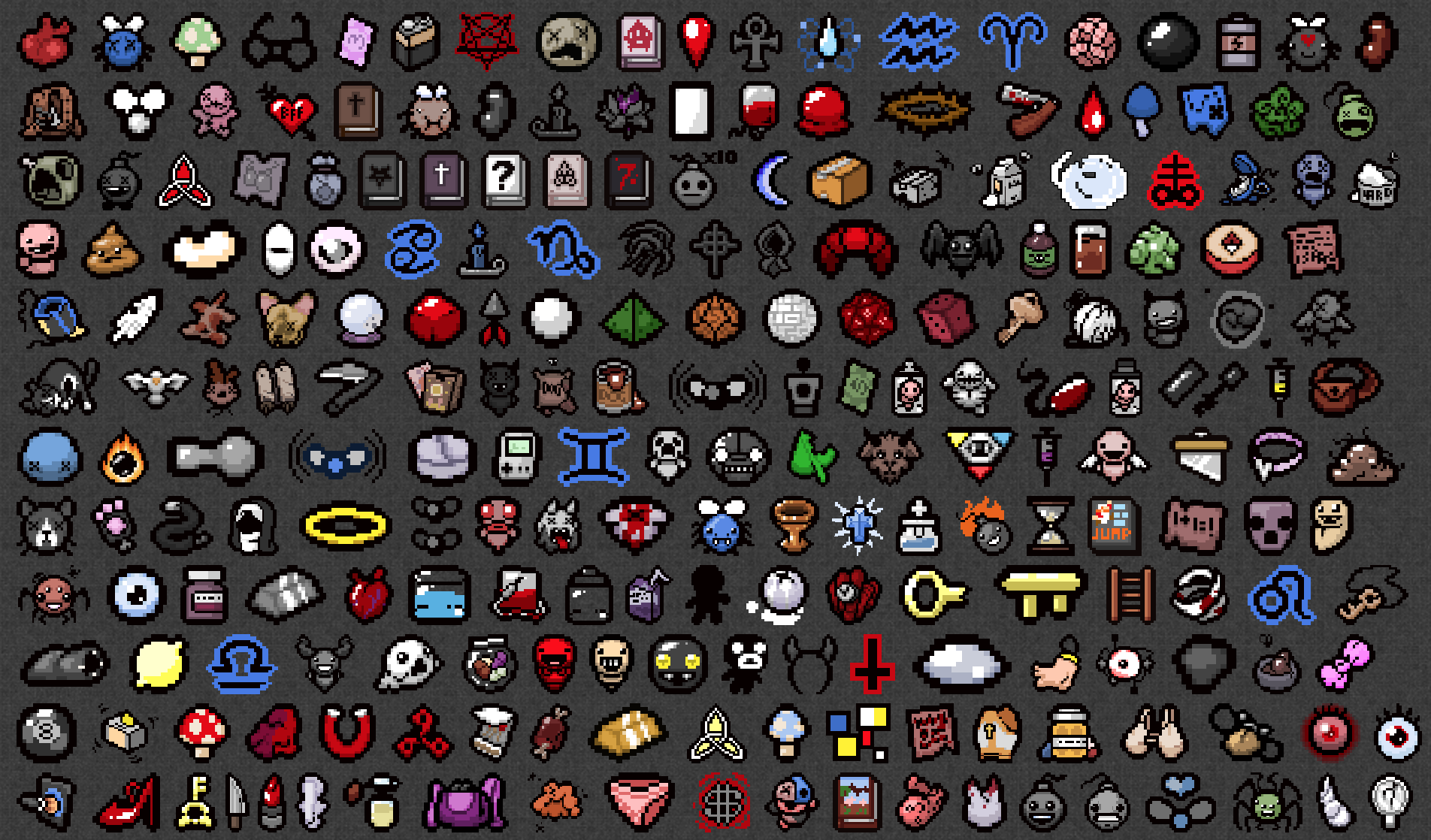 Let's talk a little more about some items , for example The key 1 and 2 , you need them for one of the ending , one of the hardest , in this ending you beat the Mega Satan , Ball of Bandages , if you collect 4 of them you unlock Super Bandage Girl and is the same with Cube of Meat. The blood bag amd blood bank which can be found after donating hp in Blood Donation Machine. Goat Head which makes grants you a Devil Room / Angel Room evrey boss battle and many more items which makes the game fun to play. There are 16 endings in Rebirth, with 2 more on Afterbirth and 2 added in Afterbirth+ , Epilogue  shows after you beat Mom for the first time , from ending 1-11 you get after deafeating evrey boss after Mom's Heart ,for the 12th ending you need to enter Sheol and beat Satan , for the 13th ending you need to enter Cathedral and beat Isaac , for the 14th ending you need to beat "???" , for the 15th you need to beat The Lamb , and for the last Megan Satan. 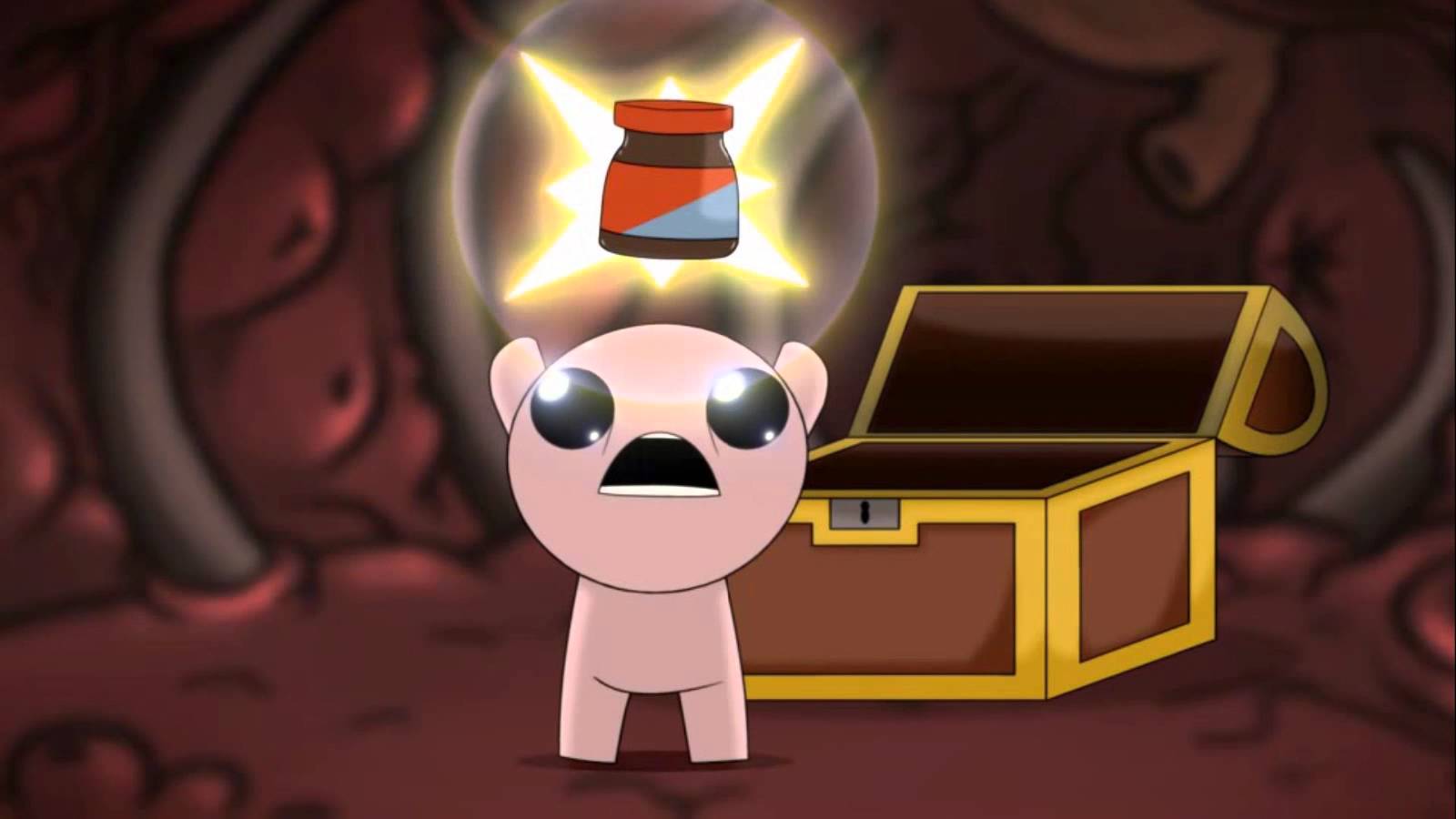 Now let's talk about how you unlick more characters:
Magdalene , in order to unlock her you need to have 7 or more Red Heart in 1 run , in the same time.

Eve  in order to unlock her you need to stop picking up hp for 2 floors.

Samson you have to not take damage for 2 floors.

Azazel for this you need to make 3 deals with the devil in one run.

Lazarus you need to have 4 spirit Hearts at the same time.

Eden for this you need to beat The Womb chapter.

Lilith to unlock her you need to beat Greed Mode with Azazel.

Keeper you have to donate 1000 pennies to the Greed Mode Donation Machine.

Apollyon to unlock him you have to beat Mega Satan

The Forgotten is very hard and complicated to unlock it.

I like this game  and i played over 100h , hope you enjoyed my article , good luck!

Rate this article The Binding of Isaac

My brother plays this game and I think it looks like fun.

Is great game with a great story!

Lost so many hours on this one

i have that game :D