This game in essence is a traditional Tetris experience just as the fans have known. There are four pieces, each of which consists of four parts. The players have to drop these pieces inside the playing area. When these pieces cover a whole line on the board, this line is cleared. The players have to scan these lines continuously so that the pieces do not break and fill up. The game is full and if that happens, the player will lose. 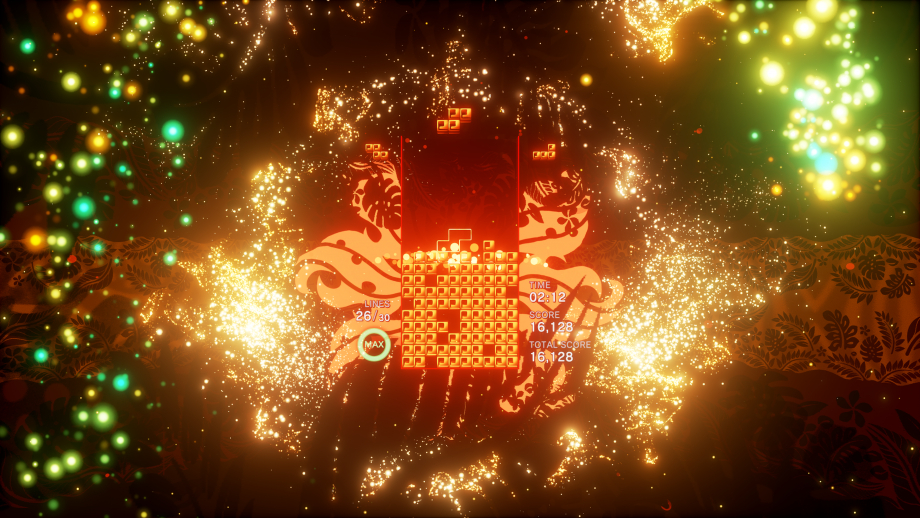 The game offers a basic stage, the Journey stage, and perhaps the name illustrates the technical purpose behind this game, which aims to mix backgrounds and visual effects with musical melodies and the way to play to get a magical experience. Journey is a series of different stages in the general axis. Each play area has its own musical and artistic style and is different from the rest.

The new addition of this version of Tetris in terms of play is a feature Zone, this feature allows the freezing of time for a short period of time, giving the player the opportunity to breathe and drop objects in the correct places to erase more lines, and we are confident that players will be in dire need To use this property repeatedly and with the frightening speed of falling objects on the playing area, yes this game is not for the faint of heart.

The side of Tetris Effect is entirely the artistic aspect, this game has contributed a lot to the use of backgrounds and music interactively wonderful. Some stages have great interactive music such as the one that contained piano music, where the tones were closely associated with playing and erasing lines.

Backgrounds and visual effects also play a role in creating the artistic experience that Tetsuya Mizuguchi wanted. For example, there is a stage called Forest Dawn that begins with the rain in the background and even the erasing of the lines carries with it the falling water effects before the precipitation stops over time to shine The sun then changes completely. 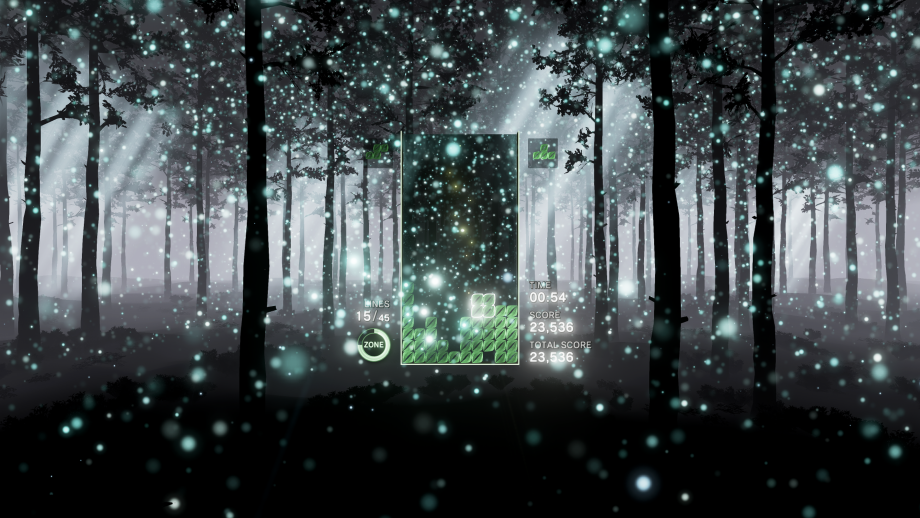 Well, what about other stages of play? Tetris Effect introduces another phase called Effects, which is just a variety of different play modes with multiple goals. There is a classic Marathon that requires the elimination of 150 lines and the achievement of the best possible score, and there are other phases that restrict the player to time or a different number of lines to be cleared, and there are other phases are only a series of successive stages that carry a similar axis Sea or wind).

Okay. Does this mean that this game is great in all its aspects? In fact, no. For lovers of puzzles, Tetris has become a very simple game compared to many other competing games, and this game does not offer any real renewal and does not offer new ideas to manipulate Tetris classic style as did another wonderful game in the past is Tetris DS, and the addition The only way to play is Zone and that is only an option to slow the time.

Tetris Effect is a game that wanted to create a unique artistic experience and succeeded in what it wanted to achieve, and we recommend that you buy the game only for those who wish to get this experience and appreciate it a lot, but otherwise the absence of collective competition and the simplicity of the basic game which is still as it is Since the 1980s are factors that reduce the value of the overall experience, there are other better options for puzzles games on various digital stores.

games like these are not for the long run. you play them for a while and then choose a good storyline one over these. nonetheless good review