Rate this article "Talking about the latest update in CSGO"

Talking about the latest update in CSGO

As you've probably seen,four days ago,on 31st March 2020,the latest update in CSGO has shown up,by the way,the article's picture shows only the most important part of the update (at least in my opinion).The Shattered Web has also been removed,including these two scrimmage maps:Breach and Studio,and replaced with these two community maps:Chlorine and Anubis,these maps have also been added on Casual and Deathmatch mode.

Third information: A new Prisma case has arrived!
Fourth information: Mr.Muhlik (terrorist CSGO agent) has a voice line.
These are not all the features added,but these are the ones that are interesting for me,for those ones who want more information about this update,search "csgo update 31 March 2020",there can be some information that you may consider it useful for you.Enjoy!

Before discussing about this update,let me tell you what is scrimmage mode.This is a game mode in CSGO where your rank is not affected after a win/lose so you don't have to be worried about losing your rank,but unfortunately,your rank won't increase after more wins.The game shows you the scrimmage maps when you enter in the Competitive mode,so you don't have to be worried that you may accidentally play a scrimmage map if you don't want so.

Now getting back to our main subject.The update.Let's begin with the removing of the Shattered Web operation...To be honest,I can't say that I'm very happy to hear this information,but neither too sad,because in the past I was not so interested in completing her missions,and I don't have an agent skin.Hey,everyone with his opinion if it is expressed in a friendly way.

Also,as you read at the begging of the article,a new Prisma case has appeared,and it looks like this:

Now I'm gonna write here the case's skins,in the order of their rarity,then I will do a top 3 my favorite skins and a top 3 awful skins in my opinion.
Blue skins (you can call them Common)  AUG-Tom Cat; AWP-Capillary; CZ75-Auto Distressed; Desert Eagle-Blue Ply; MP5-SD:Desert Strike;
Negev-Prototype; R8 Revolver-Bone Forged
Purple skins (you can call them Rare)   P-2000- Acid Etched; Sawed-Off-Apocalypto; Scar-20-Enforcer; SG 553-Darkwing; SSG-08-Fever Dream
Pink skins (epic ones)   AK-47-Phantom Disruptor;  MAC-10-Disco Tech; MAG-7-Justice
Red skins (legendary ones)  M4A1-S-Player Two; Glock-18-Bullet Queen  (Wow,a pistol skin is more expensive than the most used sniper by KennyS)
or you can win an "Exceedingly Rare Special Item!" (Probably a pair of gloves that in a random CSGO shop costs at least 1000 dolars! Even the knives are a lot cheaper)

But this is not our problem,let's continue with top 3 my favorite skins and top 3 the most awful skins in my opinion.
Favorite skins:
1. M4A1-S: Player-Two
2. MAG-7: Justice
3. AK-47:  Phantom Disruptor

Most awful skins in my opinion:
1. CZ75-Auto: Distrissed, because they just threw some color on a weapon and called it a skin
2. MP5-SD: Desert Strike, because of the same reason
3. R8 Revolver: Bone Forged, aesthetic reasons,you may like this skins,it is not impossible.
By the way,the Fever Dream Scout looks really nice, but I believe that even the scope should have been "painted".

Now you're probably gonna say that instead of creating this update,the anti-cheating system should have been improved,and I totally agree with you,but even with the best security system,someone will dare to break the rules,so our duty is to report him,to make sure that he is punished quickly by Valve.

And now let's discuss about the newest 2 CSGO maps.Revision: Two scrimmage maps have been added instead of Breach and Studio,which have been removed.These two new maps are called Chlorine and Anubis.Also,these are community created maps,and have also shown up in the Casual and Deathmatch game modes.Now let's talk about each map.

Terrorists are from "Elite Crew" team,and the Counter-Terrorists come from GIGN.Let me show you their aspect with a photo (Remember,all of these photos and information are ORIGINAL,so DO NOT accuse me of plagiarism or spam,also the photos are from my computer) : 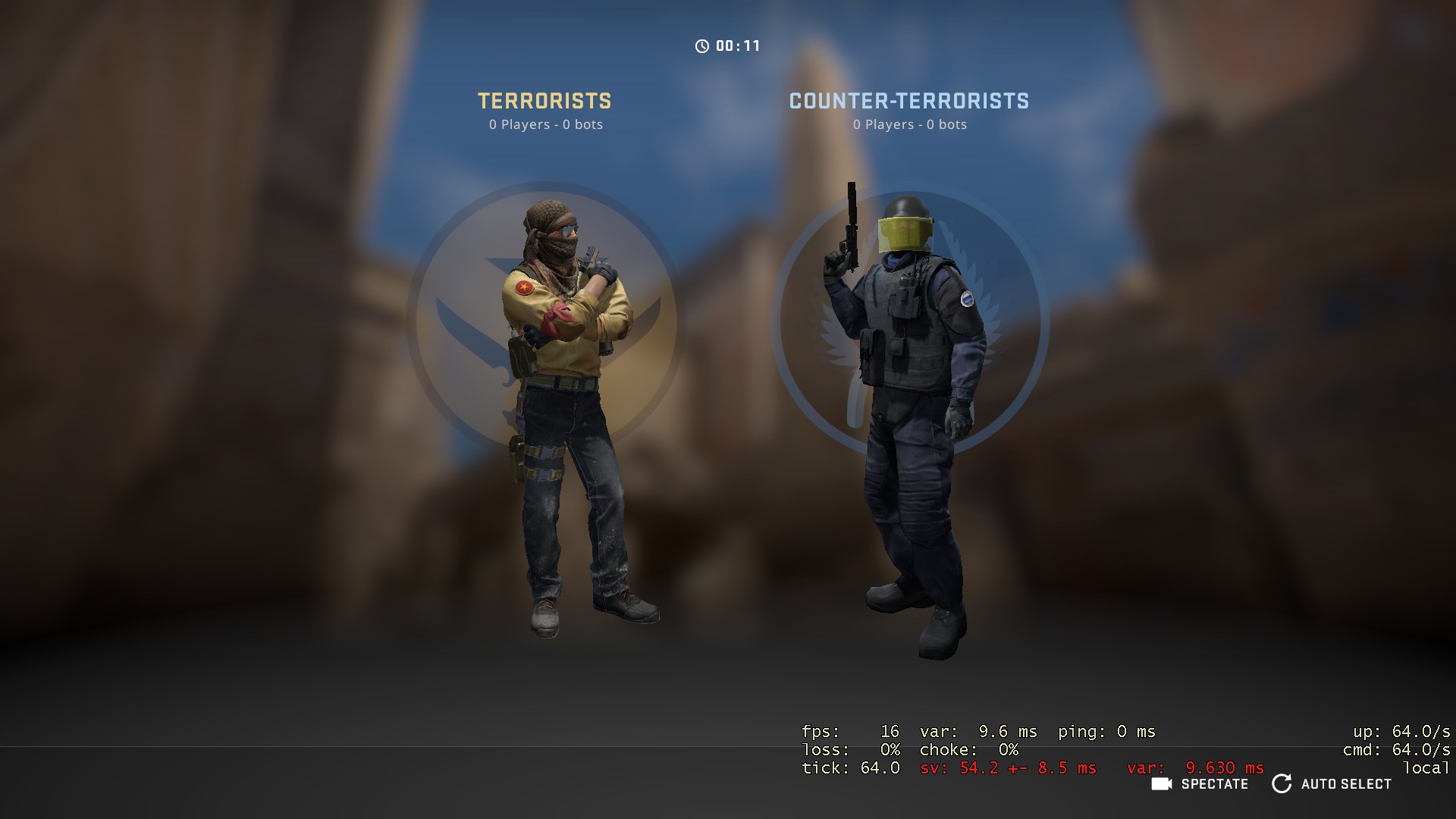 The goal of the terrorists:Destroy the old ruins with a C4 bomb.
The goal of the counter-terrorists:prevent them from destroying the archaeological buildings(ruins)
Unfortunately,I can't screenshot the scheme of the map,so you have to discover this on your own.But,I'm gonna post here some photos with the A site
(because the B site from this map is shown from the article's picture) and the T and CT spawn,why not a bit of mystery,right? Let's begin!
A site: 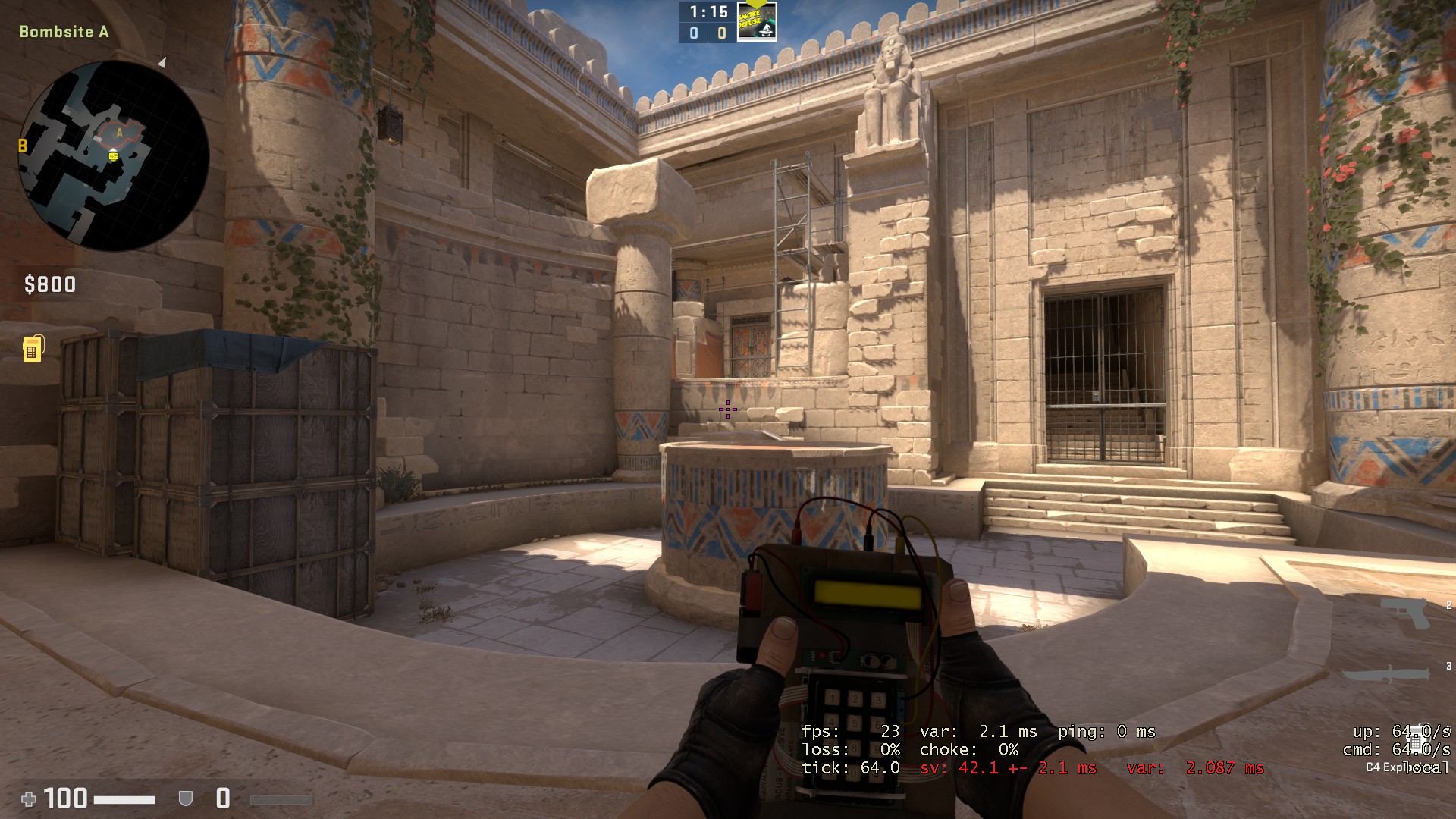 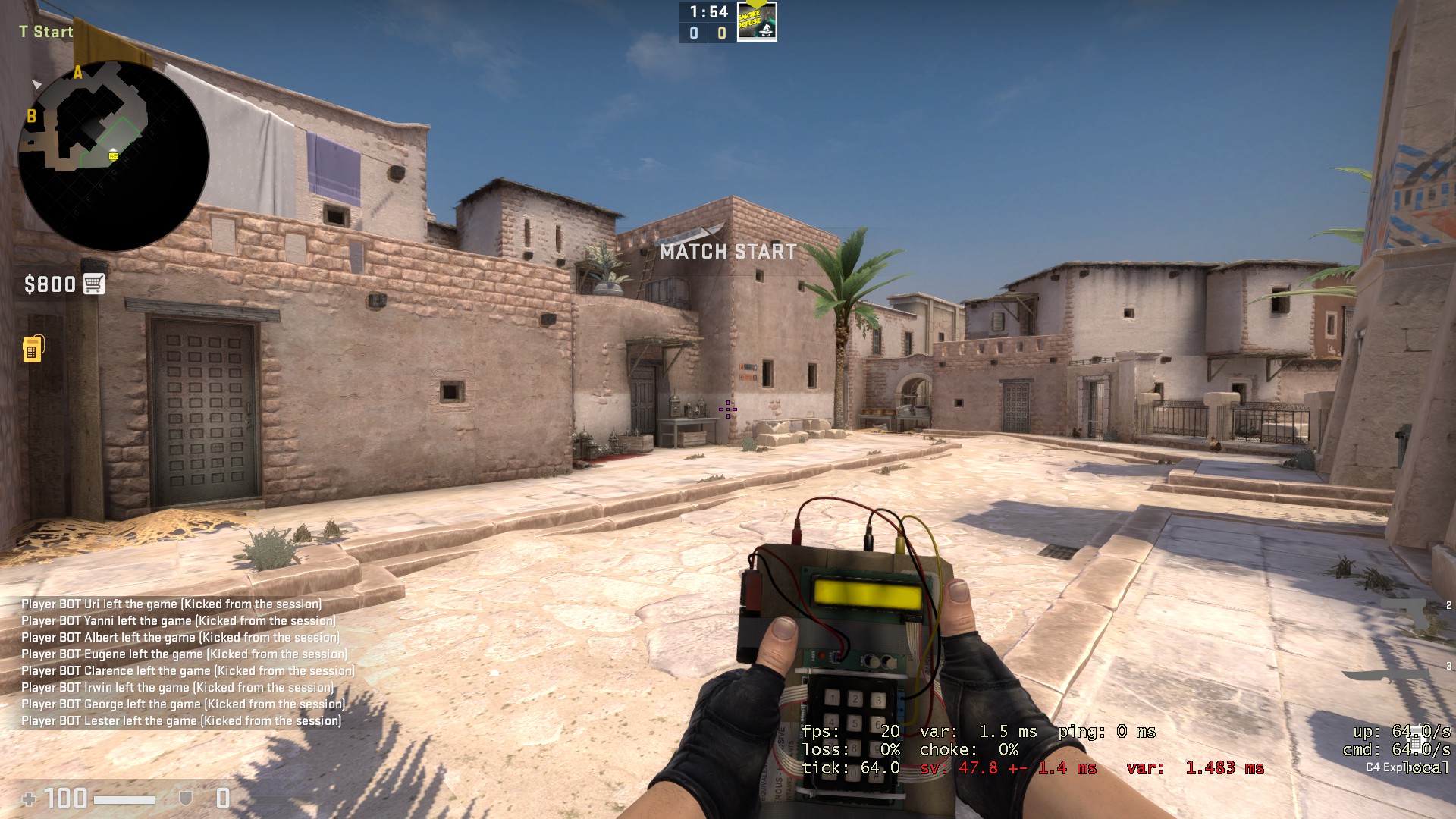 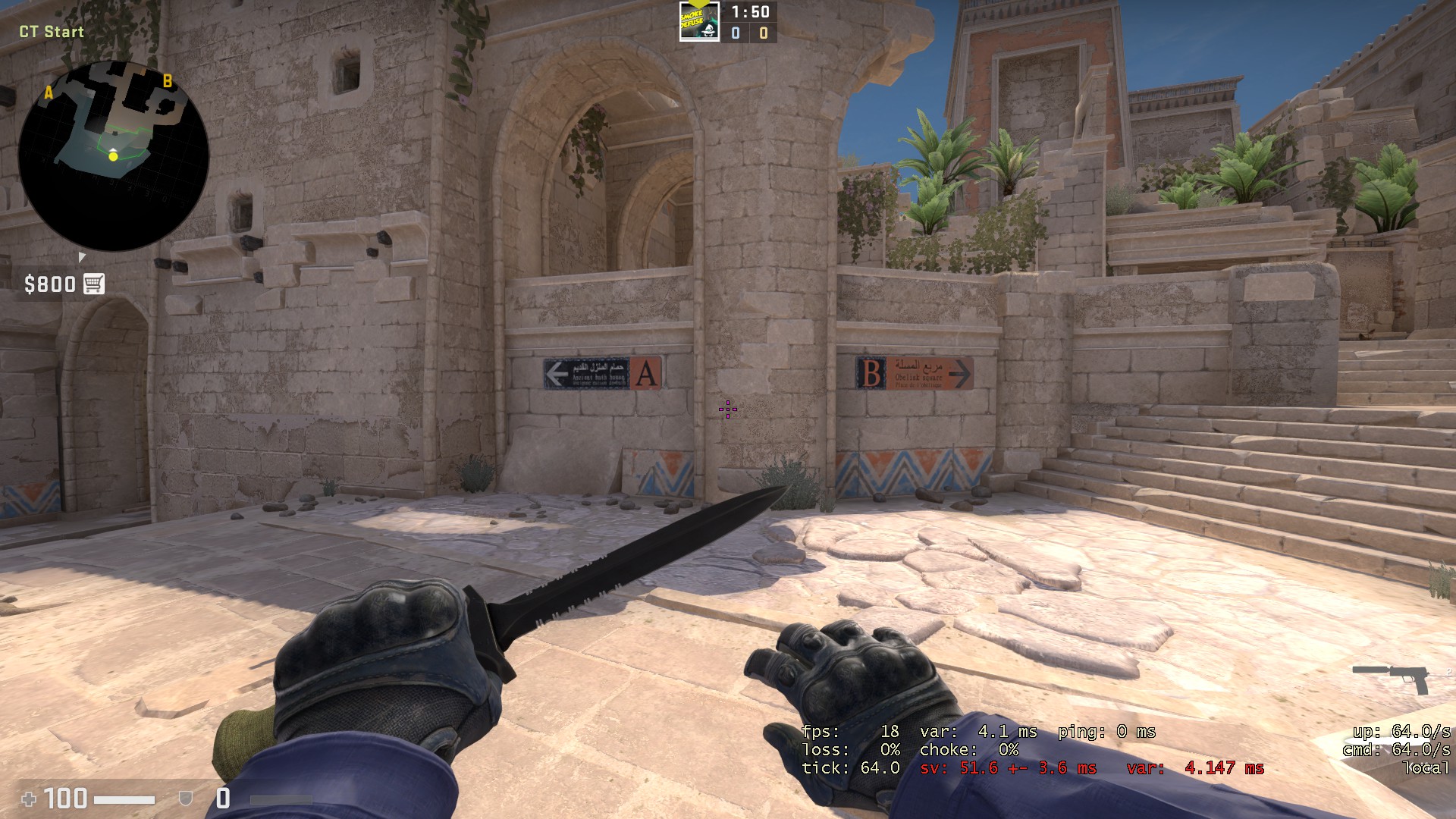 Now let's talk about Chlorine map.
Terrorists come from the "Phoenix" connection and their goal is pretty much the same,destroy some abandoned buildings,and the Counter-Terrorists,from the SAS (in my opinion they look so cute!),have to prevent them from creating a whole mess.Now I'm gonna show you a photo with their aspect if you are a beginner and don't know how they look like: 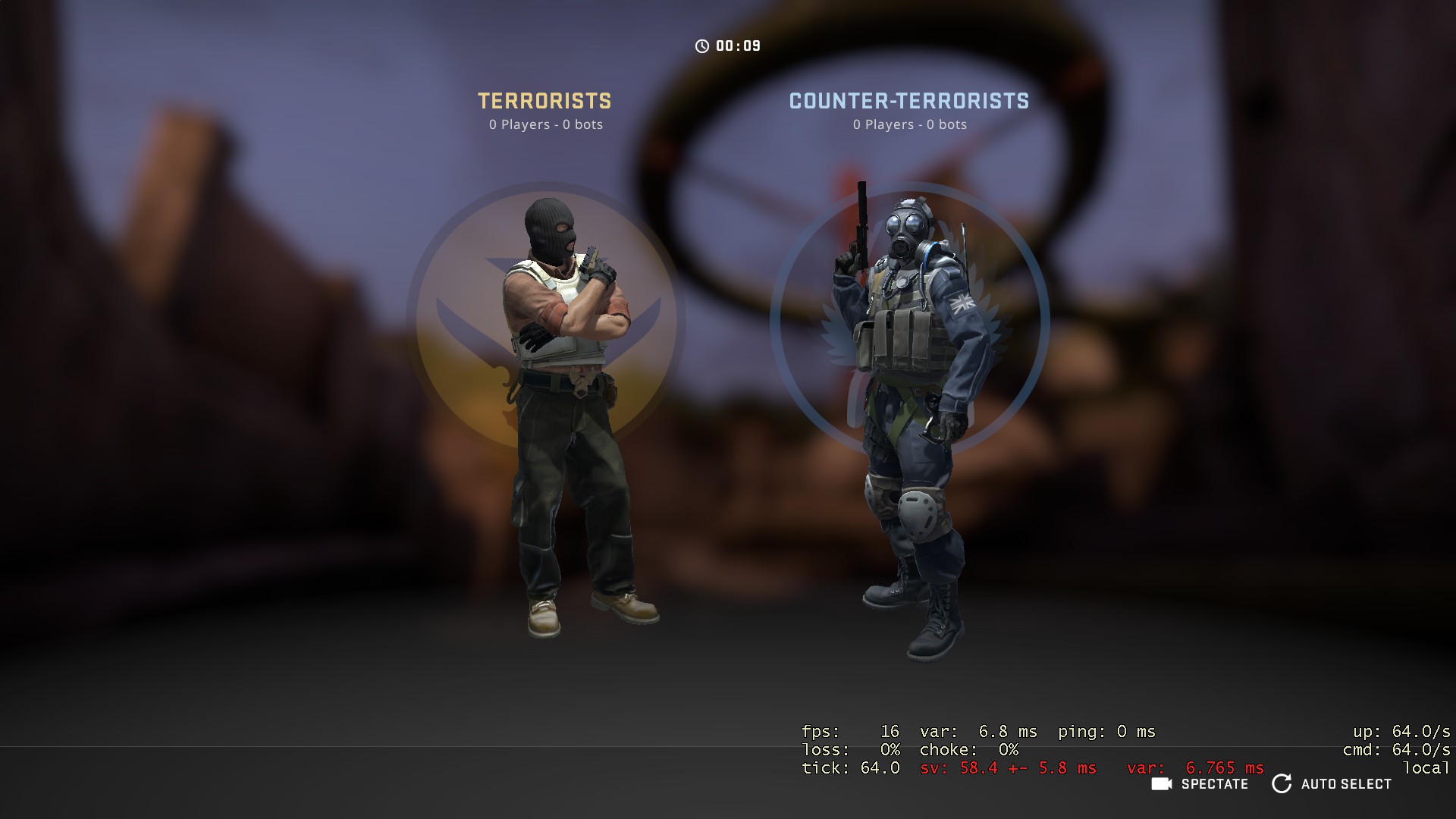 Here is the same situation,I can't screenshot the scheme of the map,so here I'm gonna upload photos with the B site (the A site appears in the article's picture) and the T and Ct spawn,I let you to discover the rest of the map on your own.Let's go!
B site: 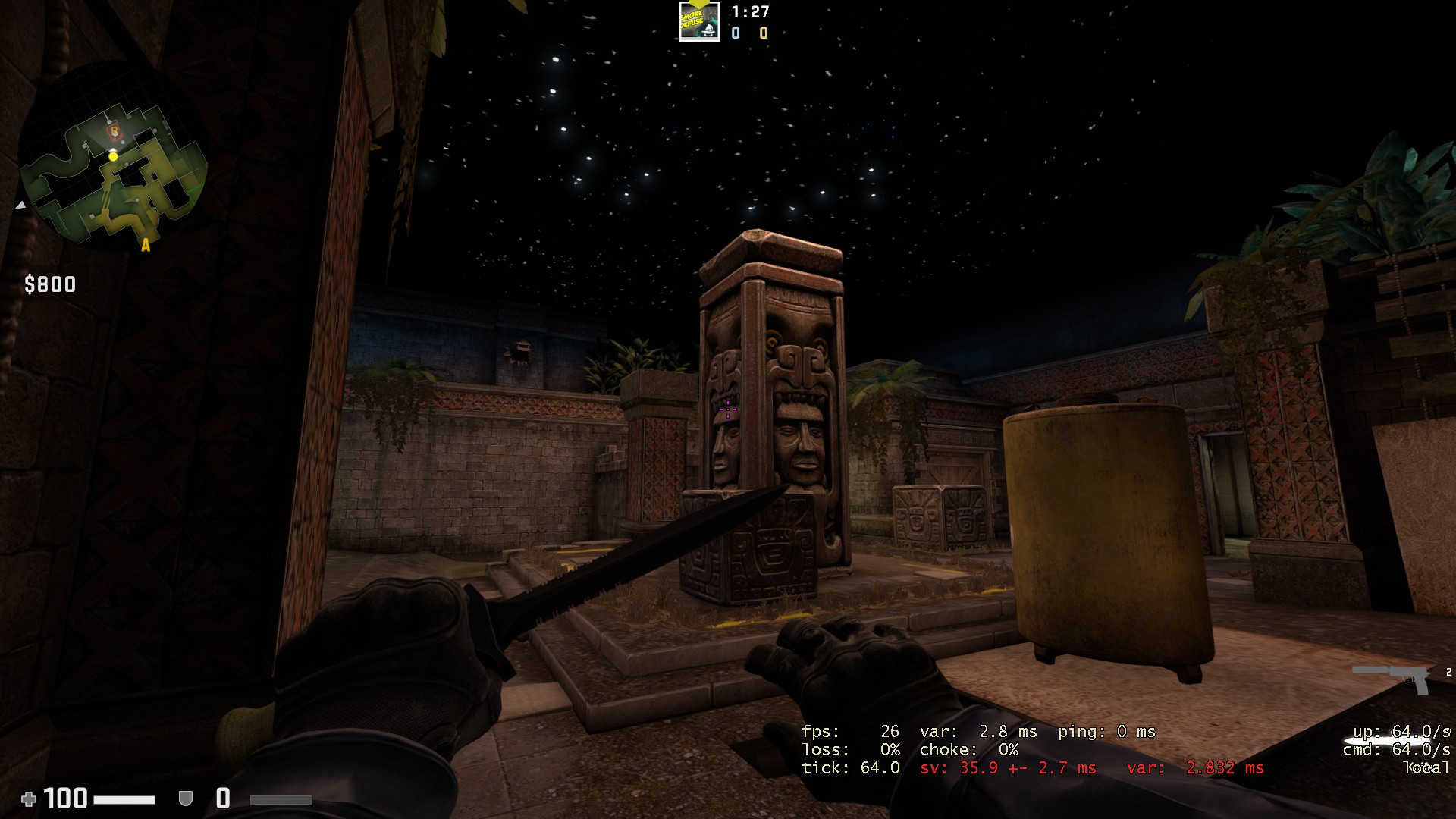 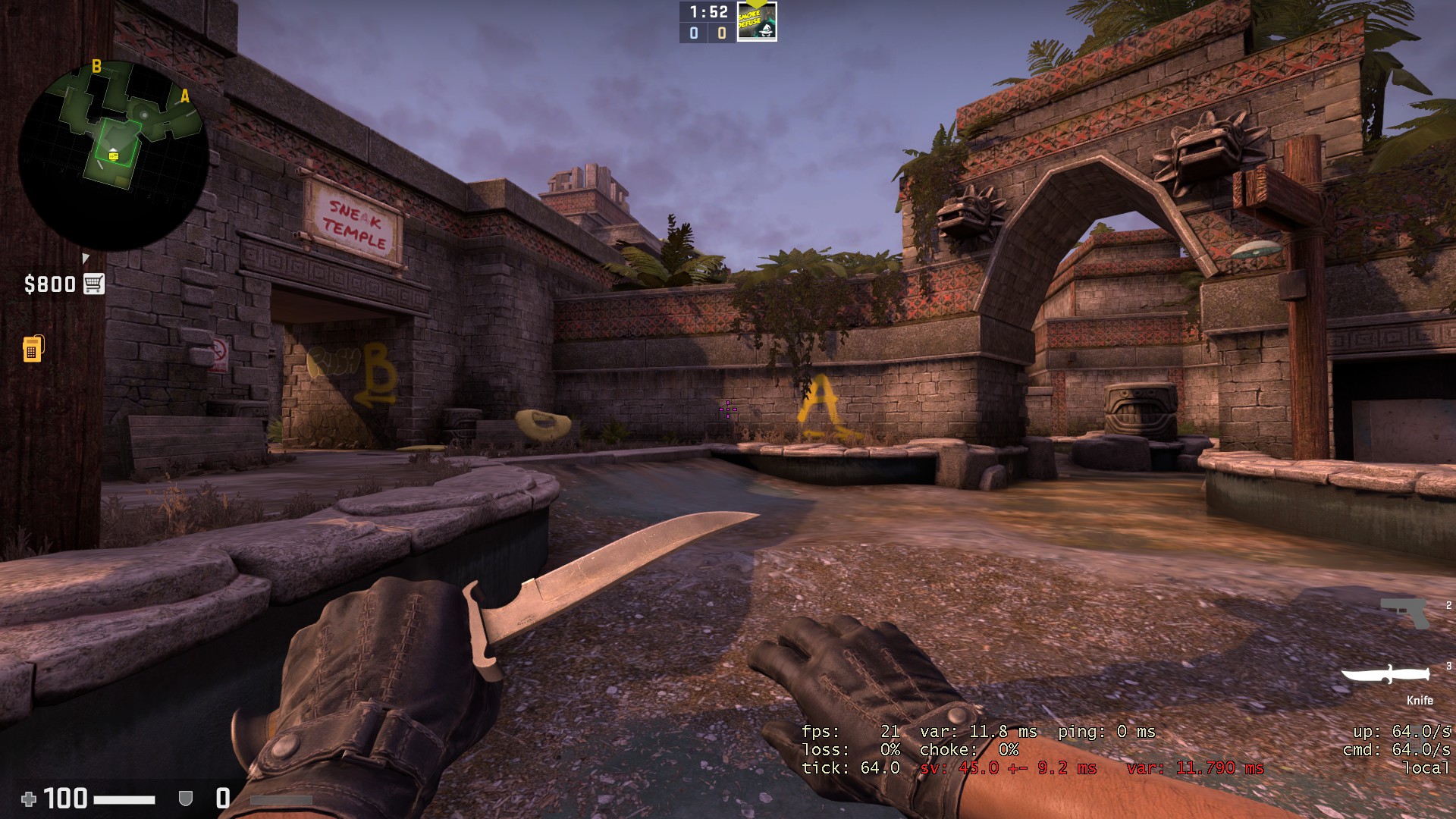 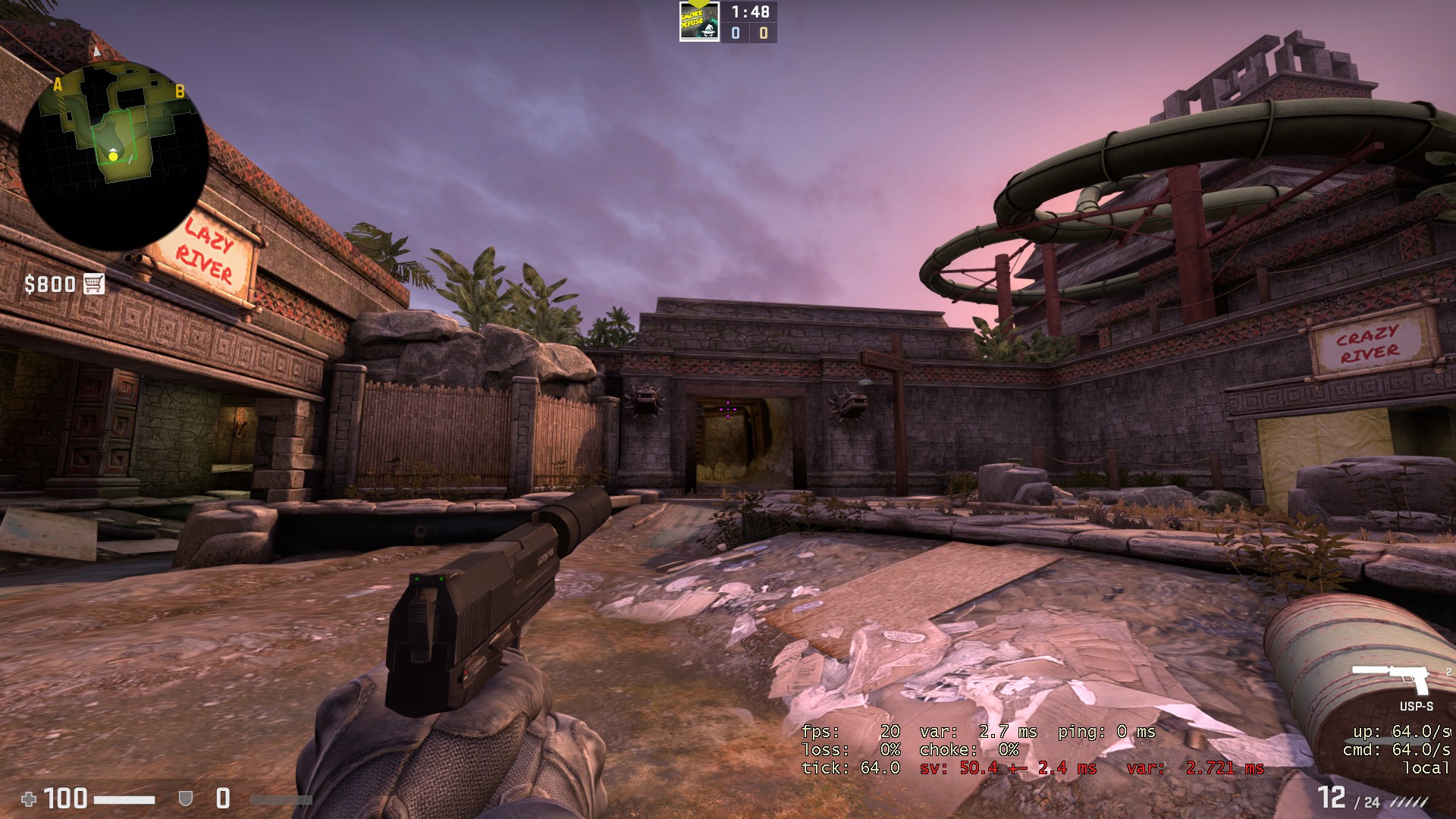 And please,if you don't like this article,just say that you don't like it,let this article be seen by  people who want to share their reviews,and in this way I will learn how to improve my articles.I don't believe that I wrote so much information and I bored you,the information can be considered trendy,because the latest update on CSGO is surely an aspect of great interest,and tell me if I made any grammatical mistakes.

I hope that you enjoyed this article,thanks for reading!

Rate this article Talking about the latest update in CSGO

Despite many of you not reading the article, i did and imo it has covered pretty much everything that has been included. I mean its kinda old at this point but still we should now what the past patches were.

anubis turned into my favorite map and chlorine is not far behind. almost all the skins in the prisma 2 case are good and now my shattered web cases will rise in price. i would rate the update a 9/10

I love these types of horror games. The game has excellent graphics and storyline. Overall, it is a great game. i really love this game it is very fun almost every day i and my brother play the people are so cute i love it :D

Nice article, but could have used some headlines for each section, and a little less picture at the end, or more text between them, the ending feels a bit too heavy like this

cs is real good
thanks bro
and it's a super article

I think the devs should halt upcomming updates to work on their anti cheat software. This is very bad at the moment