Capcom is the game that has laid the foundation for all 2D combat games to the present day. Now, nearly 30 years after its first release, we get the fifth part on the Playstation 4 and the PC, and after many hours of play in our offices Time to give you full review and to know the level of the game and is still able to provide more creativity after all these years and previous experiences, if we start to talk.
To start with the technical aspect of the game, for the first time in this series, Capcom is moving away from using its own graphics engines and replacing it with the famous Unreal Engine in its fourth version, which raised many concerns because we do not see much of the variation in graphics style by using this engine normally but seems able to provide more Which we have seen previously, the game looks beautiful in detail, especially when talking about models of characters in the game as well as the same stages and there are a lot of wonderful effects and will detect when using special strikes such as "Hadokin" or fire strikes and collision With each other and those amazing effects on the screen. 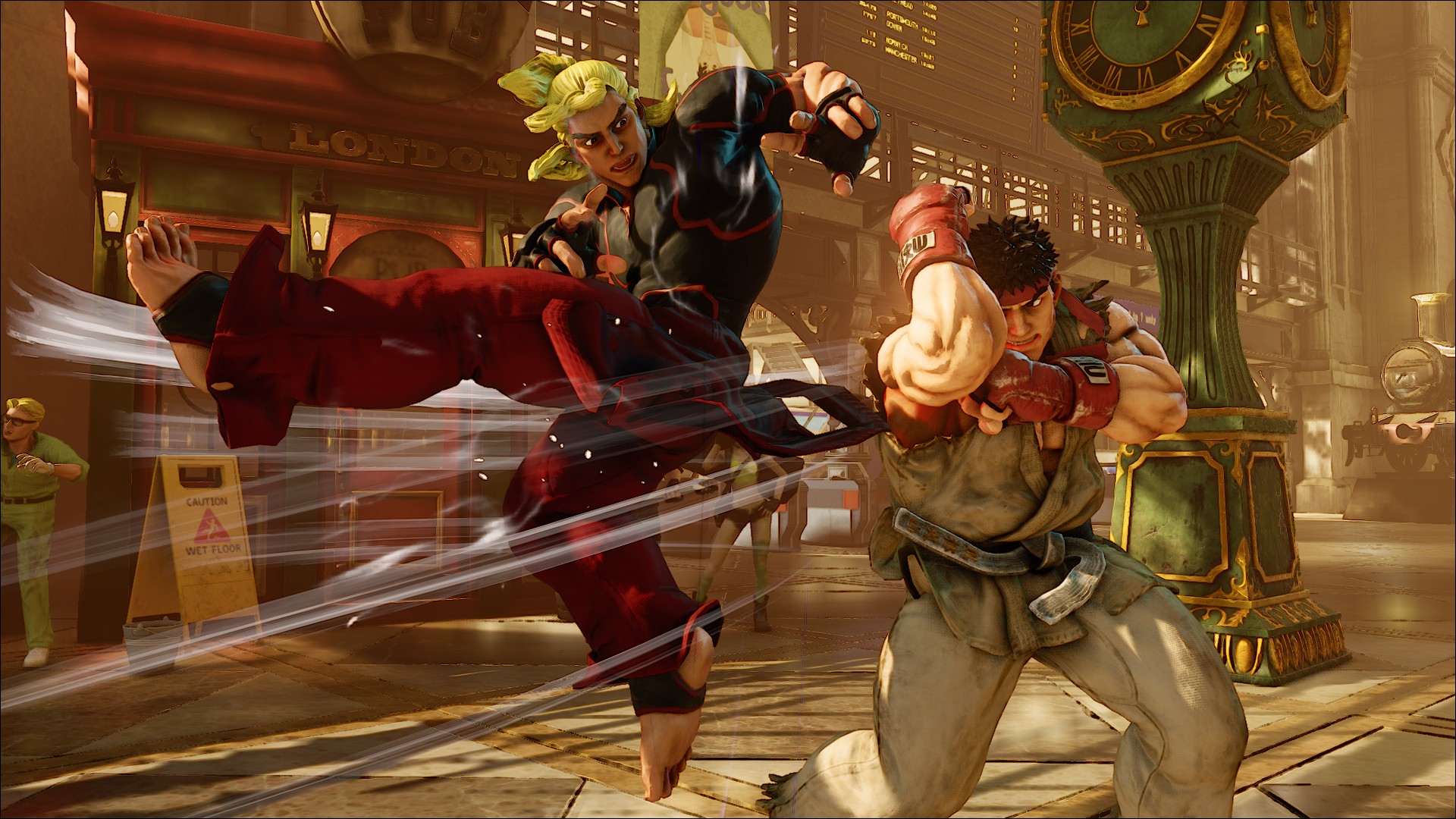 Also details of characters in the implementation of special strikes and animation looks great many times, we may disagree some of the design of the characters themselves, this part carries with him a change in the designs of many of the characters and the classic designs of new characters that do not seem innovative many times, also noted the game there is some slowdown at certain stages Which makes it not favorite to play especially the stage of the network, overall game fees distinctive, may not be the best game to review the capabilities of current generation devices, but remain beautiful in detail and smooth movement.

The music of the classical characters stages is back again, but with new "remixes" that mimic modern music very well, they also play new pieces of characters that appear for the first time in the series with the usual characters' voices in their simple words. Allows us to hear the Japanese and Western voices of characters and take into account all tastes here. 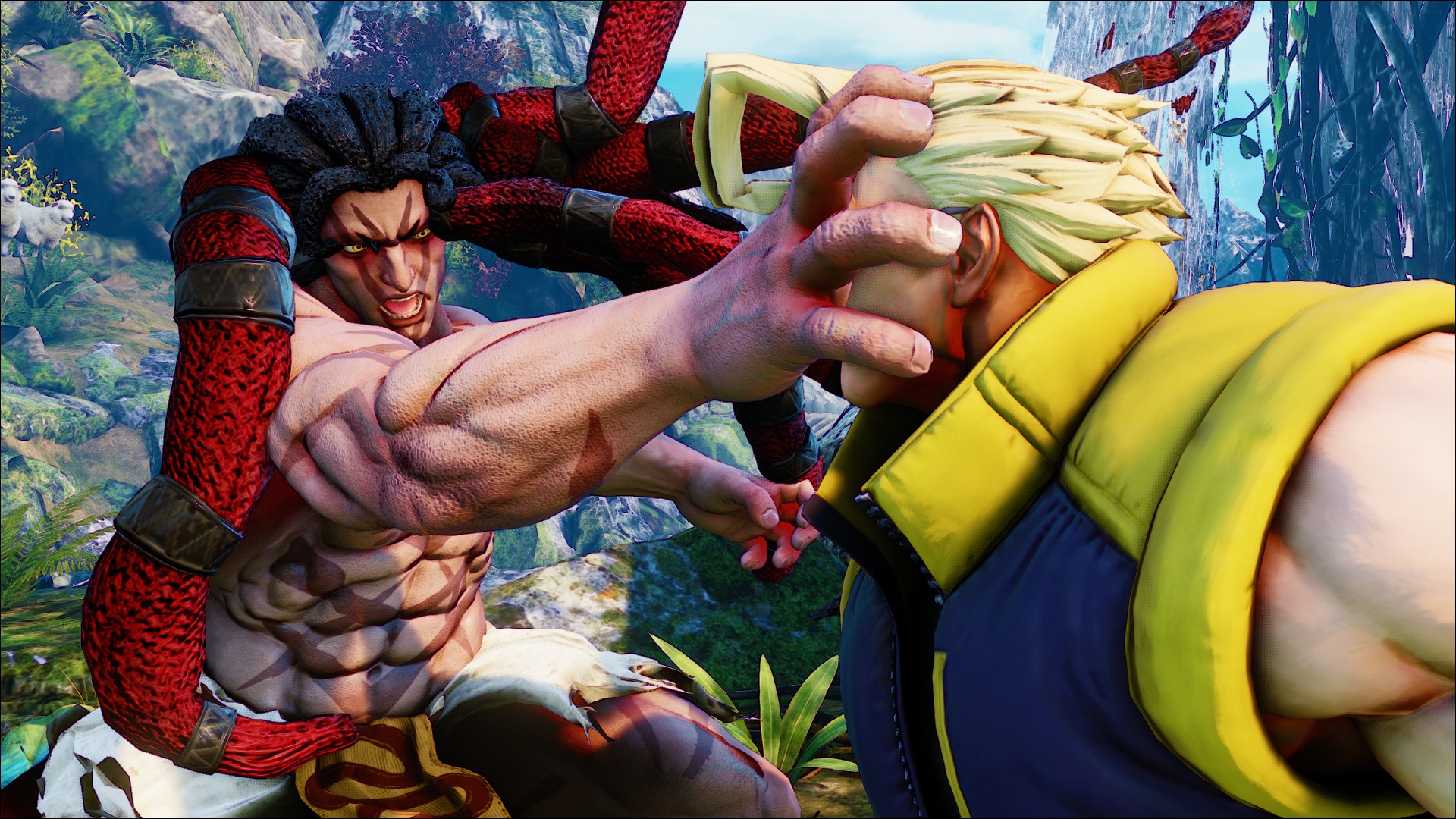 Now we do not turn to talk about the system of play, the game Street Fighter for those who do not know is a game of dimensional war and dimensions, as was the case with the fourth part designs characters come third dimension, but the game itself two-dimensional, Kbcom provided with this part 16 character between the characters of the fighting and classic characters Each of them has a combat style and will spend a considerable amount of time knowing the skills of both new and classic fighters because the game offers a lot of change in style and even the professionals will need to get used to all those changes.

Capcom with the fifth part of the series took game systems from previous parts such as Street Fighter Alpha 3 and Street Fighter 3rd strike and incorporated it in a very beautiful way with the addition of some new elements Of the system to come with a game of combat will be enjoyable for all, whether they are amateur players or professional, each player counter or Gauge different and have different uses and we will list them as follows:

EX-Gauge: The counter that is used to make EX movements and gives the normal movements additional properties such as adding fire to the movement or add a new hit and consume one section of the counter, and the meter is filled by beating the opponent and when full is full can use the player's special strikes (Critical Arts. It consumes all sections of the meter and is often the main reason for the heart of the game. It is worth mentioning that the EX moves were present in Street Fighter 3rd Strike.

Street Fighter V was able to outperform its predecessor in terms of the system of play and also add the V-gauge gave each character a special way of playing in them, and Arabization of the game was an excellent step towards the Arab player, and limited content, but Capcom promises to fix it soon.

i have never played this game