Perhaps the FIFA flagship series attracts the spotlight as the best football game of all time, but its subsidiary FIFA Street is just a modest attempt by EA to make additional profits from FIFA's global rights. Viva Street for those who do not know is a game that tries to simulate informal football, that is, football, which plays in the streets, corridors and corridors, in addition, it simulates official football in the halls this time. Some of these games try to add additional flavor by adding supernatural moves and impossible strokes, but in this particular part of the game everything will be a real simulation, and as long as the famous player Messi on the cover it gives us such optimism that this player makes everything so enjoyable On the ground and without miraculous abilities.
Always make an awesome EA
--------------
Any EA follower and their games should know, they always offer their games in a very nice template, wonderful menus and appropriate music in the background. There are also official international rights, where you can not only create your own team and your player, but you can also play with your favorite stars from the world's biggest clubs. There is more than one outfit for players depending on the quality of the matches they are playing. There are no comments in the matches, but there are sounds in the background like the sounds of a few fans or someone shouting to give advice to those on the pitch. In general, the appropriate atmosphere for such matches was superbly transferred in the game.

New Play System
-----------
Unlike the past Viva Street games, this time EA has complied with what it really does, and almost moved the game engine from FIFA 12 to Viva Street. But EA has made some special adjustments to this version on the game system to better employ the game style. The interface buttons are as they are, and can be adjusted as you like to employ scrolling, pushing and so on. But the shoulder buttons are fixed and do not change, and the reason is to employ them to perform the movements of the skill. For example, L2 uses the legs to move the ball in different places and keep it away from the opponent in direct confrontation. The R1 button strikes the ball in the air or on the knees, which also helps to drop the ball over the players during the confrontation and overtaking. Also the right analog stick is used to perform many other skill movements for moving in different ways such as half circle forward or backward. 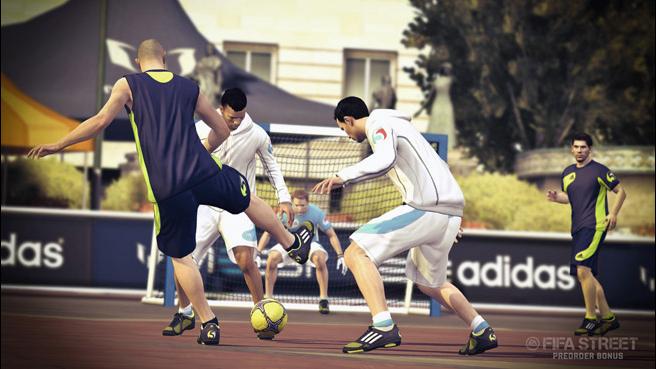 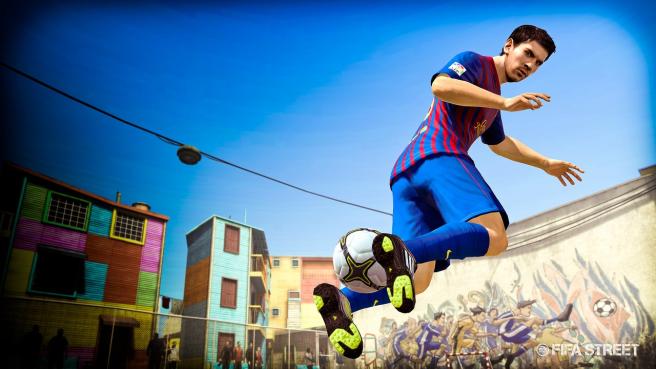 Various play phases
-----------------
The game will definitely look like a mini version of FIFA 12, but the fact that EA has added different types of games to make more choices for players and to prolong the life of the game. As a start here is a 5 vs 5 classic game, with closed walls and no fouls and sneaks, and here there will be two sides and the winner has the most goals. Another type of game is also available where the player wins the most points, which the player gets when performing high skills, and the game contains a special system to calculate points during the implementation of different movements. There are also FUTSAL or indoor football, and here the game will have errors and the ball can be out of the field, and also play five players for each team. "Last Man Standing", where he plays four players against four others and each team has a very small goal without a goalkeeper, and each time a player gets out of the game, and the team that comes out all the players wins the game, But every time a player comes out, the game becomes harder because of the numerical difference. That's not all. The game allows the user to create his or her own game.

Conclusion
---------------
FIFA Street is a different choice for those who want to experience football without the official game restrictions, and EA has provided a fantastic game and varied stages in a very fine mold