Rate this article "Simple ReView Of Orcs and Men"

Simple ReView Of Orcs and Men

One of the most ambitious and ambitious projects, after many good and new ideas in the world of video games was not destined for the name Of Orcs and Men appear as planned where he appears and the magician who was intended to fascinate the minds of many Suffice just a few simple movements and tricks, not every day We hear about the cooperation of the Astudy development to finish the work of a stopover for a while and came back again, though Ofcs and Men miraculously survive the fall of the cliff thanks to some pros.
The design of Of Orcs and Men has been a lot, and a weighted scenario has been adopted with a story of some uniqueness, but with development studios having great financial problems that make it stop working or change it, it's like the Western RPG / Adventure game, What made the developers delete a lot and rush a lot to come out with a game that could have been much better and better. The Spiders tried to offer the most time and cost with the Cyanide studio, while Focus took over the game.
*************************************************** 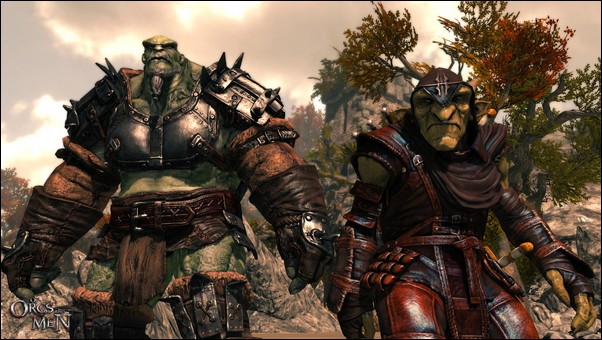 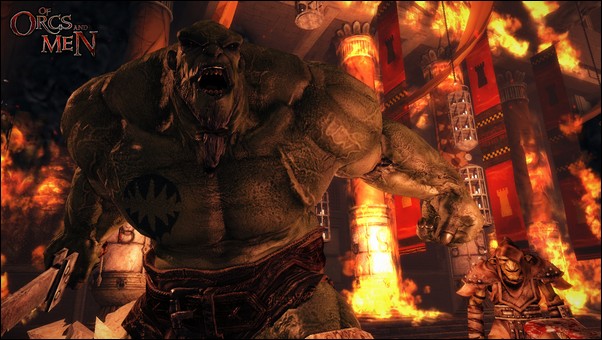 ******************************************
The game from the first to the last to bear a new mention of the fighting except the system that contains it, once you enter against the enemy is activated (can not direct strikes without the presence of an enemy), the goals are set automatically as you can change from one to one yourself, where uniqueness? Even if the game is similar to the Western RPG games and you can move freely on the battlefield, the strikes are directed to the enemies through a circular list of strikes, others with special strikes and one more for the joint strikes. The fighting system works sequentially. At the bottom of the screen there are four empty round boxes, Means a step, the first circle is what the hero will do as a first step, the second is his second step and so on ...
*********************************** 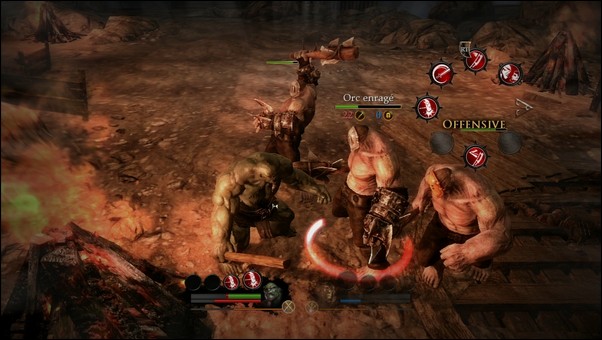 ************************************************
It may seem complicated here, but the style of fighting in the game is something new and unique, although you will take time to get new attacks you do with the points of experience you get, every strike or attack that causes certain damage and vary according to the enemies also, knowing that there are joint attacks, Gouls cast the dwarf green on the enemies, during the fighting can slow the movement of enemies to choose the order of strikes to suit you, you can delete the ambushes of attacks coming from the cells to disable them, and can be a defensive movement launched an attack, but it is noted that the defenses are not successful at all and the enemies are attacking collectively and sometimes follow Ga Al-Ghoul, who takes all his time to carry out one strike, eliminates his beating and prepares for the other. Sometimes the fighting is difficult. The other problem is that you are stuck to the ground. You can not jump or roll or avoid. You will receive many blows from every direction without any way to avoid them. Sticks also suffers the same problems. His movements were faster and lighter, but he could not avoid the blows of the enemies. His only advantage was that he could attack from afar the thing you would use so much to eliminate the archers on the surfaces, while Arkail became more useful with the big enemies and the armor holders.

With a good story, exciting dialogues, fresh music and a unique fighting system, Orcs and Men will try to draw attention, with this new duo in the gaming world, if not graphics, exploration, collection of things and many side-effects, it's a modest experience. For a much better and better experience, since it is a new title, everything will be acceptable.

Rate this article Simple ReView Of Orcs and Men

nice article keep it up bruh