Welcome again in the world of legends ... where the meanings we see in our daily lives are embodied in figures that represent them in a clearer and more beautiful form than we have seen before. 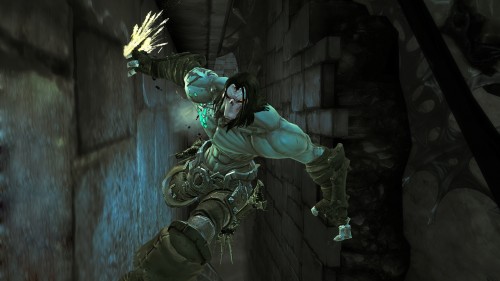 Our main hero in this part is Death, and as many know it is death, and as expected of death must be hidden, firm, harsh, speechless or lacking ... Which we did not see in this character that speaks more than what its adversaries speak, In the first part, in War, we see the person we wanted to see as the character of death, which led to the "antagonism" the developer had as a sort of diversification, but was it?

The secondary characters in the game do not play a large role in the embodiment of the meaning and not a great walk in the events of the events, the hero meets an ally or face the opponent and after talking with him to join the cemetery of the past without weight, after the huge influx of events leading to these meetings and assassinations.

The combat method and the secretariat have evolved tremendously from the previous part. The game followed the hack and slash style in its combat, with a huge variety of fighting and strike mode, allowing full freedom to develop your character as you want. There are two main trees, , The first means to develop the capabilities of our hero in a way that calls you allies in more than one form to help you fight, the second is developing its direct combat methods, which extends to a larger segment, and attract many of the players to have the best combat experience to their own taste, To the higher levels.

It is possible to say that the diversity of weapons and tools has increased and is less than the previous part.

Let's start by saying that you have to wear Death from head to toe, that is to give him a main weapon (and be sickle) and a secondary weapon (hammer, ax, claws, etc.) with different characteristics of each one as well as wearing armor, gloves, shoes, necklaces, A very large variety in numbers and the different characteristics and the possibility of developing some of them to suit you in the form of external character of the choices that fall on them, which will make you confused to increase certain characteristics of the personality of increased defense or attack or add a certain type of weapons (snow, fire or electric) .

On the other hand, the tools that Death has acquired are significantly less than before, which helps him to overcome the mysteries of the temples and the areas he visits in his adventure, which is reflected negatively on the diversity of puzzles and differences in the game, and increase repetition. 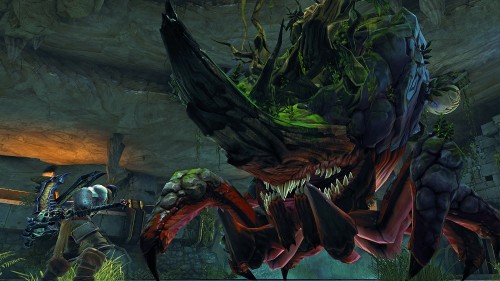 The game has a very large world, has believed who said that one area may equal the world of the first part of the whole, the areas are very large, but unfortunately they may be completely empty, with some secrets scattered here and there in an unequal way that does not push exploration in an attractive manner, with The system is often more flimsy with weapons that you may have at the moment. mobility have also been refined. character Death is lighter than his brother War and can walk on the walls briefly with his smooth and fast movement. For the design of the temples and their diversity has received a hit The lack of tools as mentioned above has led to a lack of variety of puzzles and similarities between the temples and the repeated repetition of the same puzzle in the same temple, which sometimes sends boredom to its faces and leaves you to the game for long periods angry at the bad test of your intelligence.

The temples and the areas on the number are repeated in form and content, I still remember the region in the outside world that I passed through I saw the change of colors of the screen from green to yellow, as if the developer tells us that the region changed from before, which may amaze me that the developer has provided A huge diversity in aspects of weapons and fighting neglecting some other aspects such as graphics and diversity of areas as if one of them can complete the game alone without the other side supporting him.

Story and scenario:
Less than the level of the first part, more flat and the course of events seems to be fast and sometimes it makes the understanding of the story difficult, for story 11 out of 20.
Gameplay:
The most important pillar in this part, a great variety and additional things in the overalls, despite some small errors that delete a few points, as an assessment of the play mode 17 out of 20.
Graphics:
Exceeding the drawings of the previous part by a simple margin, the design of the characters and the remarkable graphics adds a lot, to the graphics 16 out of 20.
Sounds:
Successful dubbing of various languages contained in the game and carefully selected musical backgrounds, for 17 out of 20 voices.

My humble opinion:
Darksiders II is a nice experience for genre lovers and a successful sequel to what can be a series that can not be easily avoided.

Greetings to you all ;)