Video Games An open ticket window allows you to book your tickets to real or imaginary places. The Amanita Design studio joins some of the most unusual gaming worlds, has already done so with Machinarium and Botanicula, to do it again with Samorost 3, For his game which was initially a small online game.
Above all, those who love adventure games and platforms have gathered in a row, and now they have withdrawn. The game Point & Click is not a platform game as it may seem from its images, and you will follow the adventure of a space object after finding a strange flute through which it can communicate with other objects, After discovering the environment around him, he travels across the planets, descends over this, and leaves to land on one another until the game is over, and you can then discover the world freely. The story is very simple and similar to what is told in children's stories. And the second invite you to discover the freedom in the game yourselves. 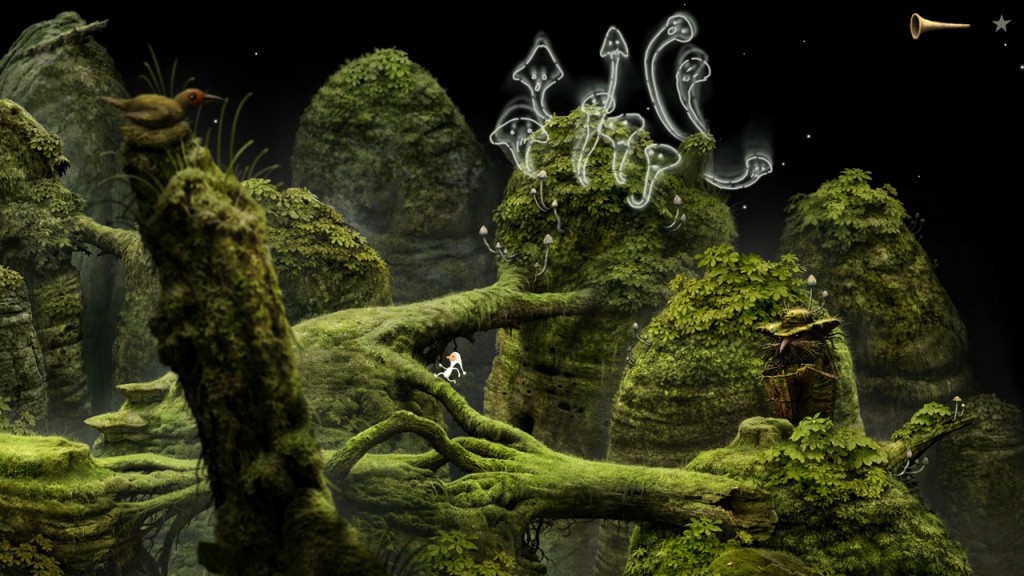 I have already told you that the game is Point & Click, and you do not carry anything new about control, the mouse is your way to direct the game by clicking on the places you want to go to, and the things you want to interact with, but there is a simple addition, In the environment do not interact with the personality directly, but with you, as if you were fruit to the top to uproot, or pressure on an object in the environment to move and things like that, and since the game depends on solving puzzles, it will be a permanent occurrence, and this interaction with the environment is sometimes To reward the player's reward on his curiosity only, if you see Taa Raising a tree in the environment. Pressing it can make it fly or make a noise, without affecting the game. 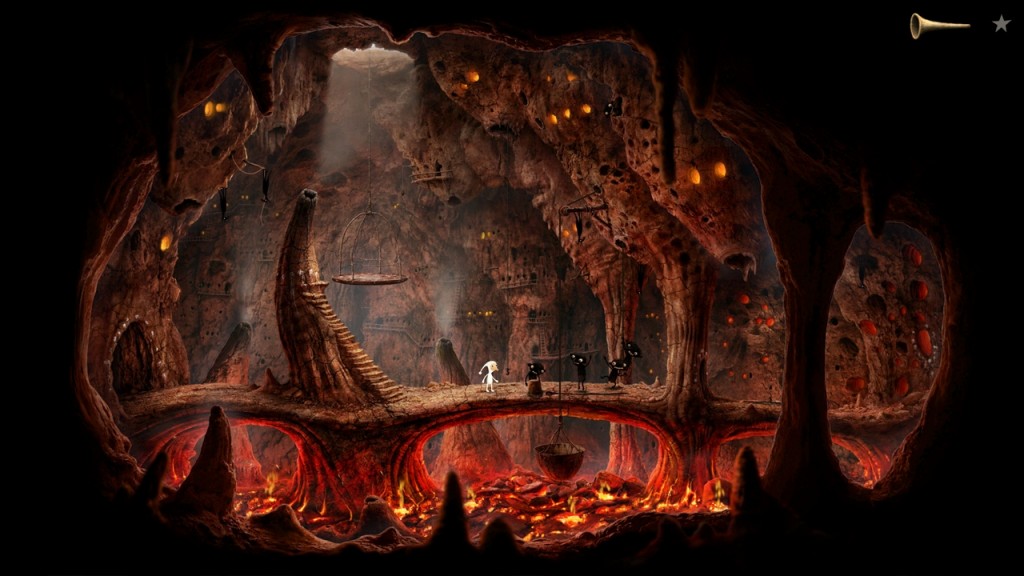 The pimp? Did not we talk about the psalm? We will use it very easy and clear, in the environment you find a signal that you can use the psalm on this character or in this place, and in doing so come out a bubble or to name a cloud with drawings to show you something, the game does not contain dialogues or written, this is the way it will tell you The game does not give you enough help to know what you should do first, and often you will find yourself stuck somewhere and the solution near you, the game does not punish you for They have a brochure to open Solve the puzzle, these puzzles themselves are different, some depend on focus, some on memory and others on logic or experiment and using things correctly in their places. 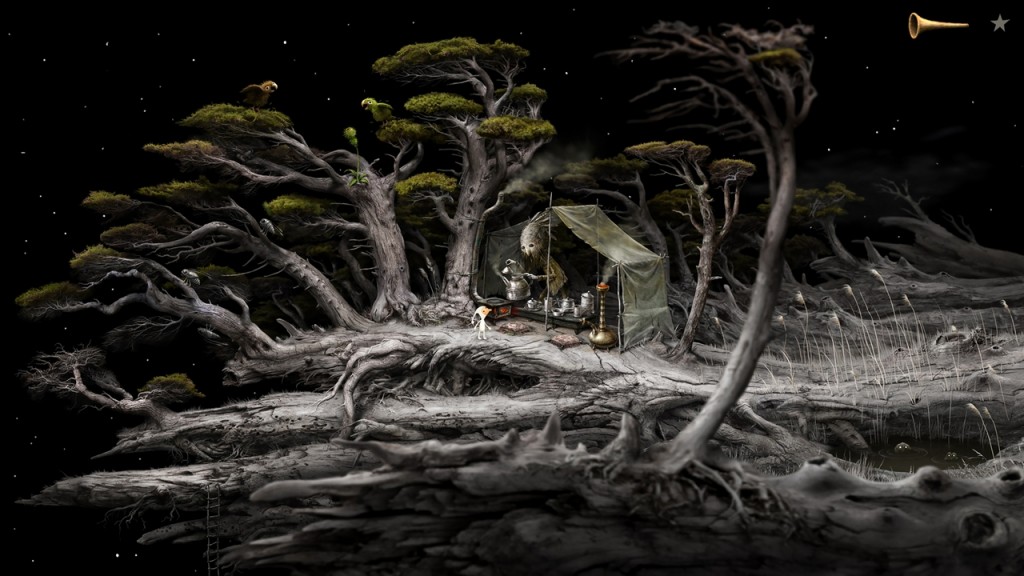 The world of the game is strange, very strange, and the game has one of the most beautiful artistic trends in genre games, studio Amanita Design was able to become a unique technical stream through his games, and what he did in the game Samorost 3 shows a rare ingenuity in the design of two-dimensional worlds, We are sorry to make the design of the world more distinctive. The environments are so rich in details that you can interact with some of them. Sometimes you get a nice response, as if the objects you were pressing on began to sing. Music and sound effects are also a wonderful combination. Music mixes banjo, harmonica, drum, flute and other instruments, but you can pick up some unique sounds like weird or rattling sounds.

The game does not have sound performance, but sound effects play a key role in the industry of the atmosphere, some of them are human voices, and others similar effects, for example knife knives with each other, all by adding to the drawings makes a beautiful interactive story.


Conclusion
***********
Samorost 3 is a short game, or at least it seems to be compared to other games of the same kind. About four and a half hours are what I personally needed to reach the end, but the experience it offers through its various planets, each of which has a design Different with different objects remain very unique, may not be the best game Point & Click in terms of play, but it is one of the most beautiful without a doubt.