Rate this article "Rewiev of the game: Mario Tennis Aces"

Mario Tennis Acess is an arcade tennis game that can be played by up to four players, locally and online. The game can be played with a classic controller, but there is also a separate mode in which the ball hits the wake of the controller, as in the various Wii consoles. The game has an offline contest as well as an online tournament.At first glance you would not think that tennis with Mari and his team could be tense and full of tactics. However, MTA has a surprisingly elaborated gameplay, and I am primarily thinking of different types of strokes. Five of the basic types of blows - top spin, flat shot, slice, lob and drop shot; which in itself is quite diverse in itself. However, you still have a trick hit, smash hit and a special blow of every character (which is essentially the same).

Add a powerful blow to all the basic types of hit, block hit, a stronger hit for the returned service, the possibility of slowing down the time ... you will see that in this tennis there are "depths", although the game is arcade. Each character also has some of its characteristics, so it's not the same to play against "heavyweights" with a strong blow or a trick-maker whose bumps are "crazy" and can leave you on the wrong leg.In this tennis game, there are tactics, although the game is arcade.All of these blows are generally well balanced, although the gameplay is usually reduced to the strong smash which can be determined using a gyroscope. You have about 50% chance to hit such a blow, and you must block them only when the ball comes to you, otherwise you risk that the racket breaks after three such blows. If the racket breaks you, the match is over. Fortunately, it is possible for Mario Tennis Aces to play without such strikes, if it is so arranged in the matches or competition. 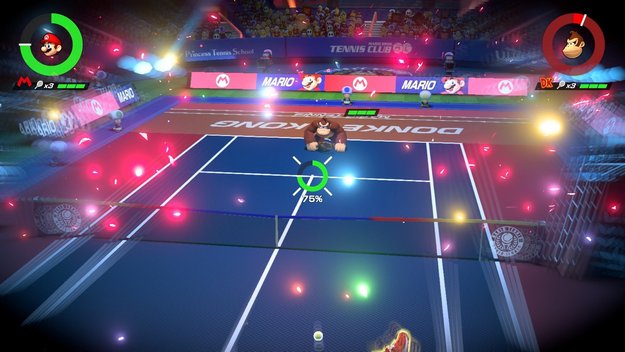 Controls are extremely responsive here, and the sound of the ball hitting the racket causes exactly the kind of feedback you want to hear. In other words, after a while, you can determine what kind of impact is sent by sound. There is also a good level of assisting the ball, because the game correctly detects when you are close enough to cast your character over the ball instead of waving the racket into an empty meter further.
After some time, you can determine what kind of impact is sent by sound. Mario Tennis Aces is doing some good work when you need to learn the basics of gameplay and advanced techniques like controlling the direction of impact. I say "somewhat" because your game demonstrates it all, but not in a separate tutorial (as it was in the demo version), but as part of the Adventure mode.
So, if you want to learn how to play MTA, you need to play a mode with a story, watch all animations and spend at least 15 minutes on introductory missions. If you know the basics of tennis and you just want to know how the game is controlled, it does not matter - first you have to explain to the game what are the rules of a tennis match! 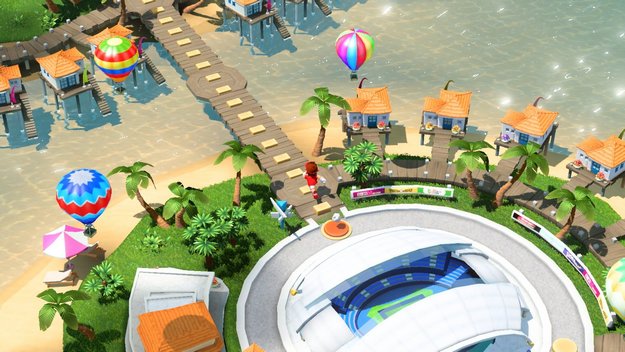 It's no tragedy as to how much the developer's laziness is to offer players an optional tutorial or any training involving a demonstration, not just static advice in the main menu. Laziness, though, does not stop there. The mode offer is pretty poor and all offline content can end in just five or six hours. Adventure mode is more reliant on different mini games than on specific tennis parties and allows you to play only with Mari who is an all-round player of the type and does not stand out.
Offline tournament is simple so it can not be simpler. You have three tournaments and three games at each level, but you can not choose the weight of the game on them, you can not play in pairs or you can choose the playing field. Okay, this is the last thing to do, but the thing is, in Adventure Mode, to find some interesting terrain, the type of boat on which the jar divides the playground, and there is a possibility that the ball will return if you hit it. In tournament mode, the competition is played exclusively at the stadiums, and the terrain change has a totally negligible effect on gameplay. 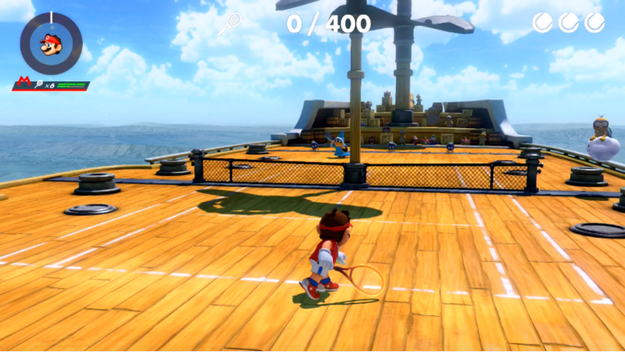 Of the other offline modes there is another swing mode in which you can hit the ball by jumping with the Joycon controller, which is for a few minutes, but not for some serious competition. By wiping you do not have that puncture precision as with classic controls, and the game has a very confusing and unexplained explanation of how you should waver for what type of impact. Either way, Swing mode is for some reason the only mode in which you can ask for a check whether the ball is out of the permitted box on the ground.

An online tournament, which is the only form of online gaming, is also minimalist in options, but at least the players are given the opportunity to play by unlocking new characters and costumes. Given that offline content can crash in one day, this is the only mode from which you can eventually expect a longer-lasting entertainment, although it also depends on how much developer new characters will be added after the game comes out. 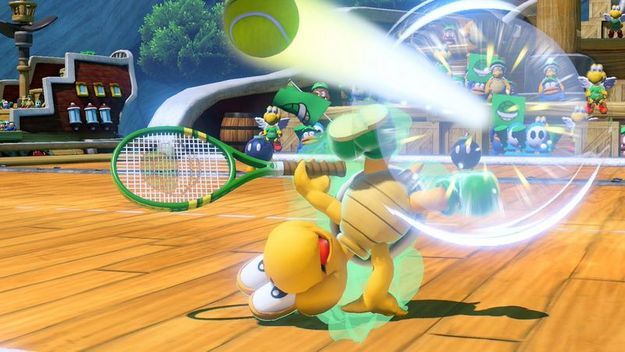 For now, and for a game that costs 60 euros, the Mario Tennis Aces offers a tremendous amount of content that could be recommended by calm souls. Such simple modes that do not give a player a particular motivation to play could pass 15 or 20 years ago, and today they are pictures and opportunities for laziness. Gameplay is well elaborated and it will cheer tennis fans, even those who are forced to play arcade instead of simulation. However, Nintendo and Mario did not give this game an unbearable as well, but they gave half the power to the central game in the already empty offer of games of this genre.

Rate this article Rewiev of the game: Mario Tennis Aces

The graphics are acceptable :)

This game could have had an amazing story mode like the game boy games! But nope. It's justkinda generic.

Nice you did a good jobb.

Could be better shaped.

good one keep it up

You made a small mistake (review, not rewiev), but the article is great.