Wherever you find a convenient place, this tree creates or creates a cyberpunk shooter when your source of the idea is completely dry - is the proverb that was run by the London studio SMAC Games. In Tokyo in 2042, most of the population is on a drug called NanoMed (a futuristic variant of "Biomed "), an instrument that gives eternal life, which enabled the cursors to kill themselves without a lasting effect without permanent consequences.

An unknown villain hides the protagonists of the murder of an individual who did not consume the said drug, resulting in permanent death, and a hack to our hero who is drawn into the world of paid killers and corporate intrigues in order to wash off the drug from his name, and he is responsible for the crime attributed to him. The story has been told several times since the total number of "happy people " replay, but we do not frown because we are weak on cyberpunk. 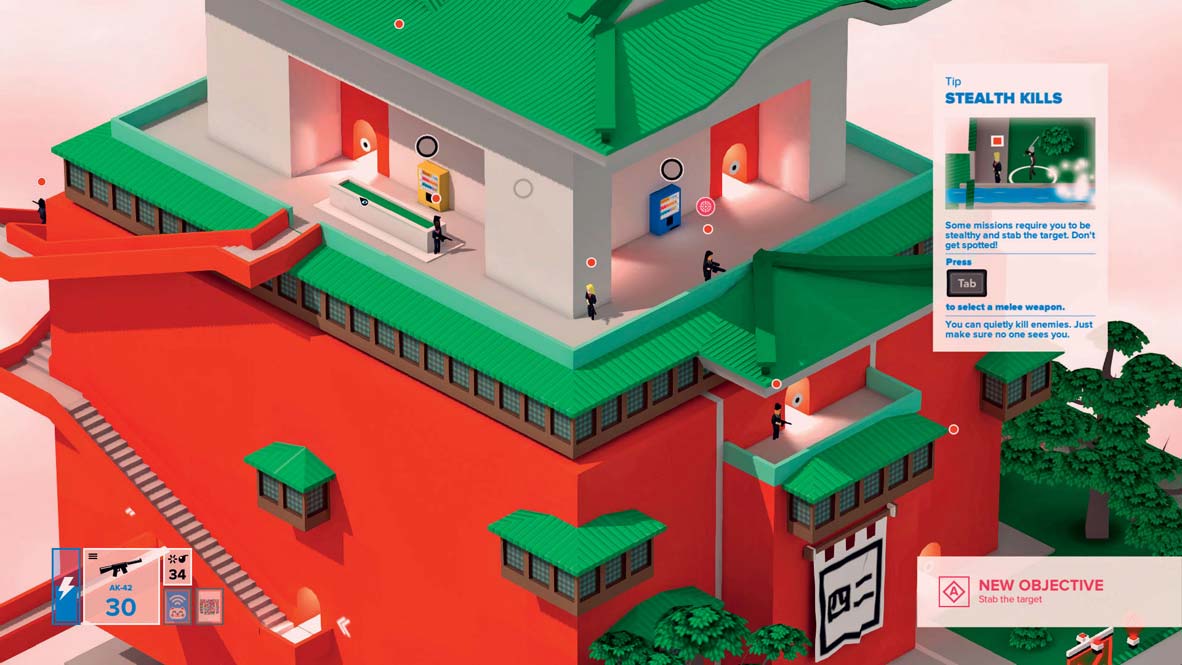 Born to the core, Tokyo 42 is an isometric shooter of an old school, a specific visual style, with a recognizable atmosphere of behind-the-scenes games and an individual's fight against the big-player economic and industrial machinery. The missions are actually contracts that are downloaded through specialized terminals for paid killers, and their successful execution brings a certain amount of money or reputation points. The acquisition of these points grows in the eyes of the big beasts on one side of the law, which opens the way to harder, better-paid jobs. The salary is likewise raised at ATMs, while the current position is recorded by clicking on the coffee machine. Personal weapons are divided into pistols, automatic and sniper rifles, heavy weapons, grenades (including bananas) and weapons for close combat, or stealth elimination of an opponent (katana or golf club, for example). The gun with which you start the game has an unlimited amount of bullets, while ammunition for other weapons is purchased with smugglers, from which you can also watch better models of different shoots. When it comes to how the job is done, most of the missions leave the freedom of choice, so it is up to the player to define between the arcade gossip with the waves of the opponent that leads to situations in which neither the person nor anyone who pays or stealth approach, which involves sneaking, hiding in shadows, and silently scaling the target with cold weapons, which seems seemingly more difficult, but it is actually incomparably easier and more interesting compared to a general war against everything that goes, because in this case, the chances are much lower. Tokyo streets are crowded with civilians of all colors and shapes (nude with machines, punkers, businessmen, bloodthirsty golfers, and other exemplary citizens) who will regularly be circumvented on the road with your bets, and if you kill too many accidental passersby, Tokyo police with whom there are no arguments or bribery, but exclusively fallen beige in the opposite direction. 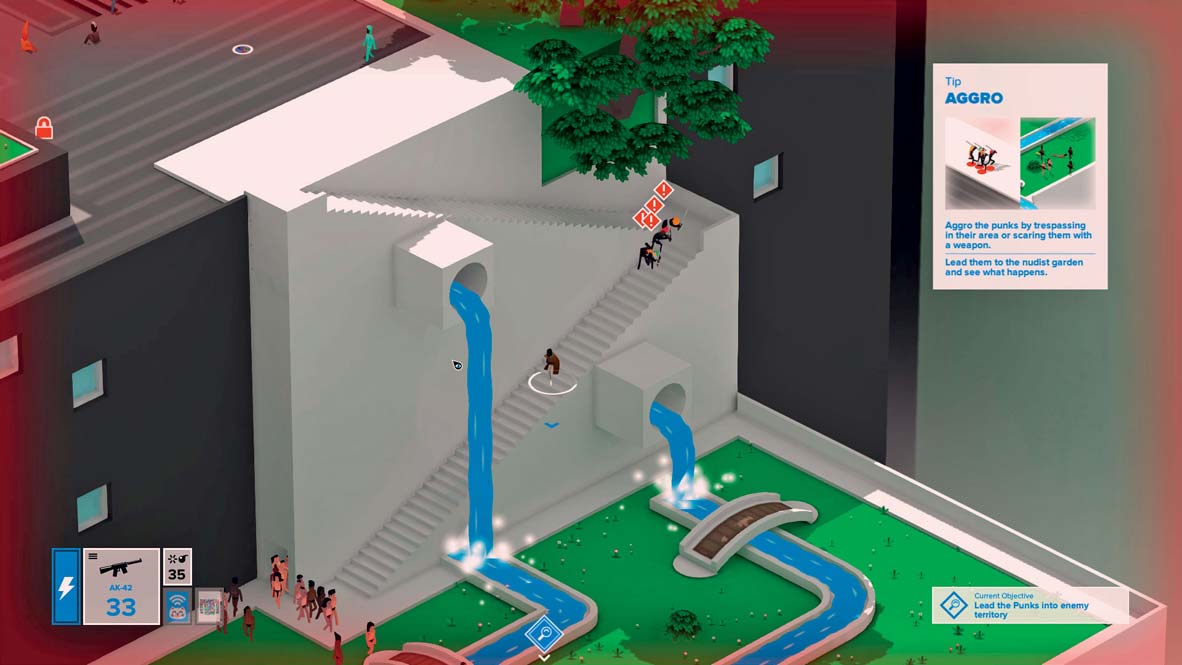 Tokyo 42 is by no means an original title and you do not need God to know what kind of gaming experience you can derive from the origin of the individual material elements that compose it. The graphic representation is "borrowed " from Monument Valley, a rotation of the camera, as one of the key parts of gaming mechanics, but is seen in Fez, an isometric cyberpunk environment in the original Syndicate, while smashing blends the original Post , the first shoots of the GTA series and the ancient Cannon Fodder. Even music themes are only arranged differently in familiar melodies and the "processing " of Vangelis compositions from Blade Runner. Hands on the heart, no matter what is largely stolen, the music is relaxing and goes hand in hand with the atmosphere of the futuristic city. The very city in which the action takes place is the best trick of this game since enough attention and effort has been invested in the details of all parts of the exterior. 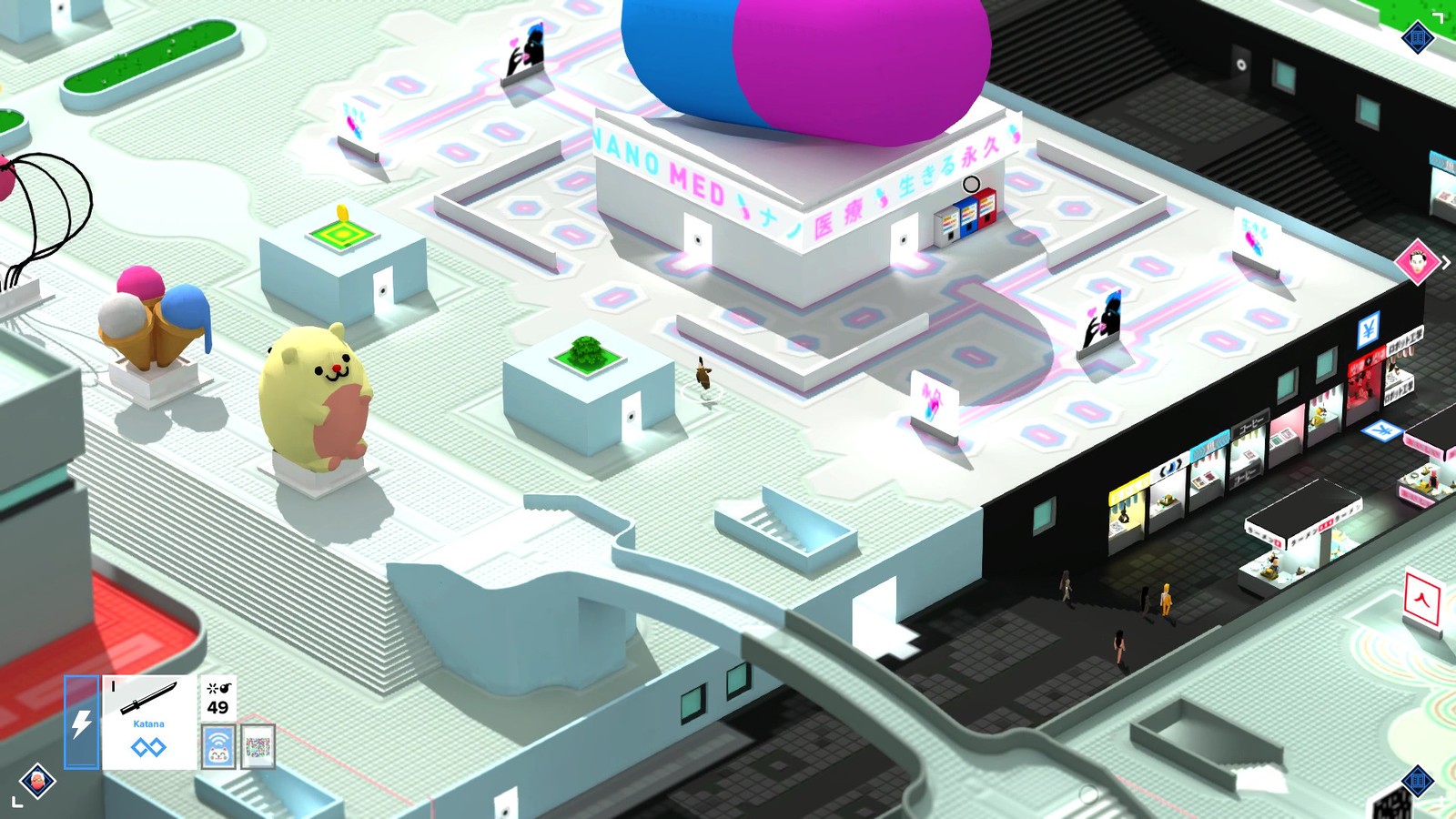 Tokyo 42 is a soup whose basic ingredients are borrowed from the side, from movies and games that processed the material much more seriously. However, the recipe was modified by specific spices that gave the final product a personal note.