Garrett is not the character who enters the gaming world for the first time. The "real owner" of precious things was the former champion of the same game and will come out of his hiding place again to use his thickness and experience to steal things. The studio behind the game is the same studio that successfully re-launched Deus Ex , And probably the first time did not do in the second, and Garrett was not ashamed to show himself again but he will be ashamed without doubt that he has lost his skill and perhaps the factor of time and development problems left him. Everything closed can be opened, everything can be hidden, and everything that comes back to you can become my king, the words of the master of thieves, but not every re-launch of the game is successful. 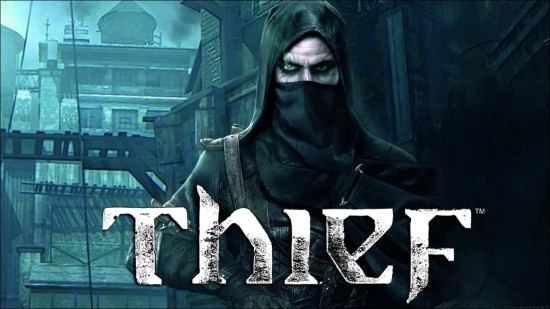 If the game has been through a difficult development and many problems, it appears from the first hour in the game, the story blends imagination and reality to create a social dimension through the city of the game with the diseases spread among people and the revolution of the people against the rule, in addition to exploitation and plans to take advantage of the miserable situation of the most basic rights And people save their lives, but all fails to give a clear and consistent story, the character of the game turns from a professional thief to a hero to save the city after gaining special abilities obtained after a supernatural accident explained to you developers at the beginning of the game, but all within the dialogues medium and disconnected sections, The story unfortunately does not He underwent a certain logic and all that you will be a group of scattered events that make the story yes, but it does not make an interesting story.

The game is based entirely on infiltration and theft, so you should always look for ways to escape from the enemies, so you have a set of tools that I personally gained in more than once and for the ease of the game in the pattern of its average difficulty, but the lifting of the difficulty does not add much to small environments If you see an enemy only by looking for a side road and you will receive it, what can be praised is that your experience is fully diagnoseable and is a great power point, so you can disable aid and indicators on the screen. The game is the kind that takes your hand, come and do this, Go and do this, even if you do not And other assistance in the solution himself Garrett will tell you, not directly but through some hints.

Garrett is able to climb, and the camera turns to the third-person perspective then, but the places that require you to climb through the pipes and edges are very few, and the move will appear linear and simple to be automatic, you only move the stick of the analog to a certain hand and the rest on the self-jumping on the other, It is able to climb on things and the use of ropes and enter the ventilation holes, Conclusion classic abilities of games of espionage and infiltration, and can not really say that the game is interesting, not to mention that the game does not show any diversity in this regard, what you have at the beginning of the game until the end and movements Gar Rett is very limited, without counting that he can not jump the thing that I do not see a negative point for not affecting the experiment. 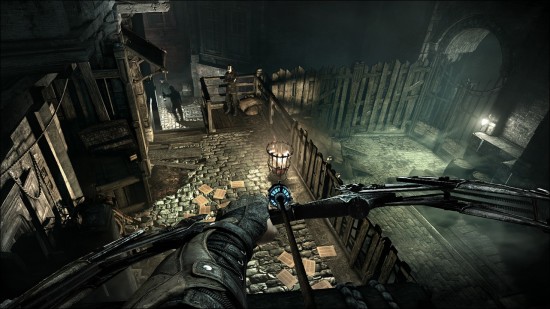 The game, although limited in the method of playing little compensation through the tools in your possession, which is similar to the little shoulder that allows you to rise to high places stitches in the windows, it is applicable automatically, you only have to run towards the wall to do so, you can also use your bow to send a group of shares Some of them deadly, and the other helps distract the enemy by activating certain mechanisms or setting fire to something in the playing environment, candles and fire can be extinguished thanks to water stocks, all you can buy from people of the city in the game or find it in places Different in stages Playing, you have to use everything intelligently because what you have is very limited. 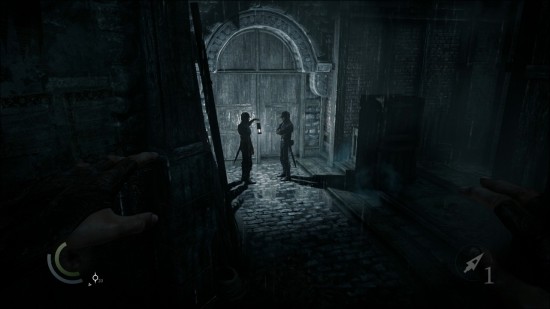 The game also offers you the possibility to develop your abilities through points of expertise, you can also get a set of tools to steal things or open new places that can sometimes contain many valuable treasures, you can buy a key or a small knife and others and keep your purchases are useful to steal only It is possible to say that you are stealing to develop your skills to steal again, and you can still observe some beautiful ideas. The enemy takes note of the candles that extinguished and re-ignites. There are also a group of crows and dogs that reveal You are the enemy and you have to get rid of them by killing them. The enemies are not able to see you in the dark, sometimes in a funny way. The stronger the lighting, the more likely you are to be detected by the enemy and the sound will do. Walking on glass or water reveals your place faster You put your feet in it.

Thief has not been able to reach the required level, and its return was not as expected, many of the flaws that make the experience incomplete, between the limited control and the environments of your fortification between clear corridors and artificial intelligence could have been better, the player will lose interest in stealing things and searching for them from the early hours, Thief Not all fit, and only a few will find some fun out, but they are somehow able to give you an acceptable spy game experience.

Maybe. I tried to play it before but I couldn't play a thief character.