I did a first review with mixed feelings for The Elder Scrolls Online when it first came out. I recently decided to give it another try.

First off, it is important to state that this game is not Skyrim and will never be. Though, that doesn't make it bad or not part of the Elder Scrolls series. Following the colossal success of

made the hopes and aspirations for

an almost impossible to create experience. Zenimax Online Studios and Bethesda, had no margin of error and the multiple reviews were quick to criticize the project. A lot has changed since then. 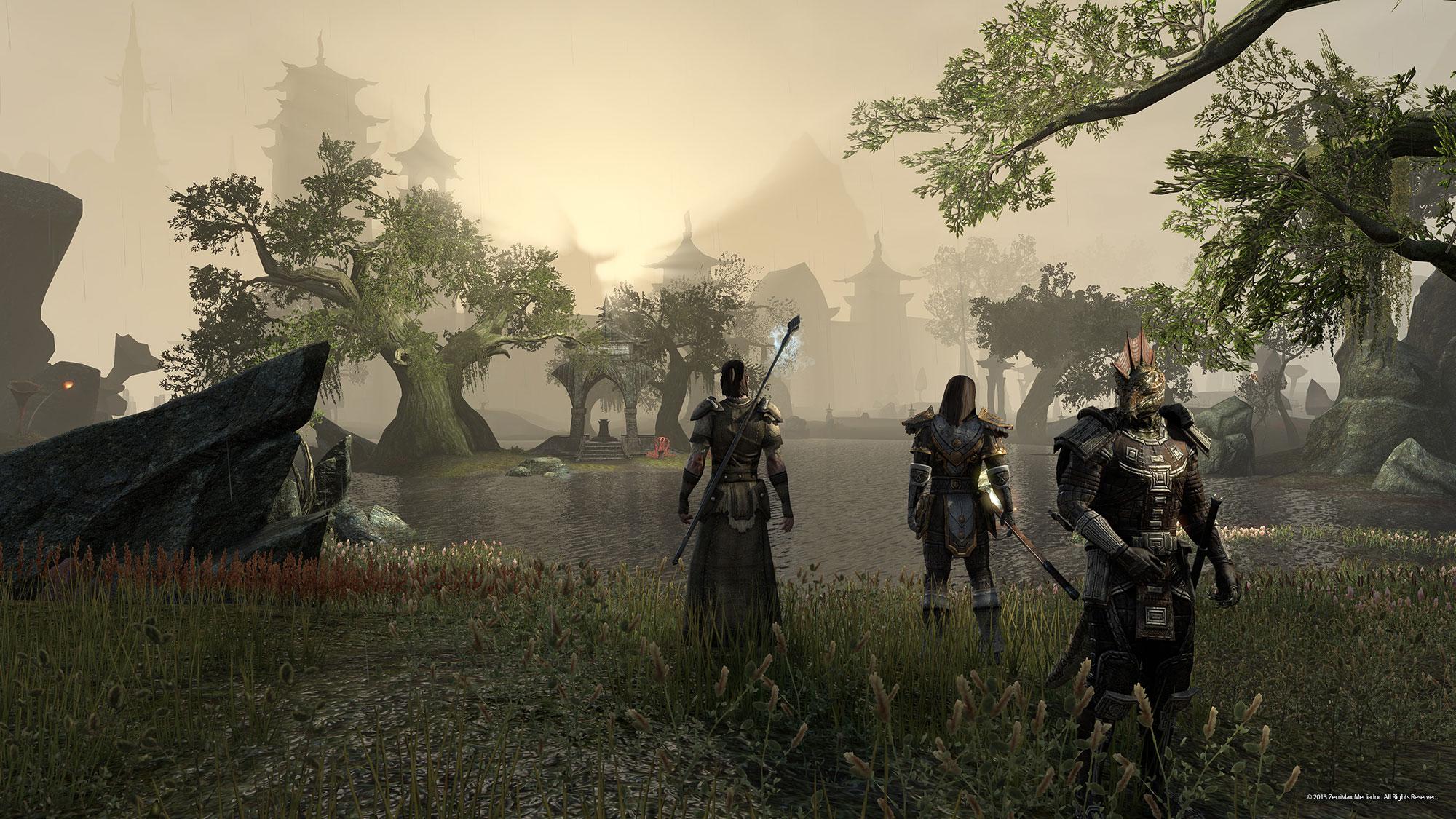 Faithful to a very long Elder Scrolls tradition, everything begins behind bars. You don't really know why, except that you must have been crazy drunk, once again. The customization screen lets you create a character to your liking with a lot of different possibilities. You can't really process what is happening around you, but a great escape from this "jail" is on-going and you were "here". Reminding you of your escape from Helgen in Skyrim or the secret escape in Oblivion. This time on the other hand, you are escaping a Daedric prison. Not bad.

The Combat system is continuous and extremely dynamic, every action requiring either a mouse click or a button to press. Very similar to what

has always been. You can alternate between quick attack, strong attack, block, interruption and "exploit" (that will let you put a stunned enemy to the ground with a strong attack). Let's note that the dodge mechanic (a tumble in any direction) is now useable by all characters instead of being a skill to unlock.

The whole combat experience makes it for a very dynamic environment, you really feel a lot of satisfaction when you crush someone's face with a strong attack. I'm starting to think that only magic staffs could use a small enhancement in comparison to the good old steel.

Adding up to the fighting system is a skill bar, five plus an ultimate. Going from the gap closer to the poison. Nothing is really crazy or innovative but the fact that you can level up anything at anytime and use it will really have an impact on your gameplay, style and experience. You can then mix up any weapons, with any kind of armours and guilds you join will give you new skills that will add some spice or originality to your build. This freedom is greatly appreciated. It is also possible to become a werewolf or a vampire that will add up their entire perks of passive / active spells.

In terms of questing, everything is quite linear and similar to other games. Go fetch X, go kill Y Z times. Every area opening the way for the other. On the other hand, you don't really get the feeling of always following the roadside. The extremely large size of the maps and the presence of content almost everywhere tries to give you the same feeling of freedom you could find in Skyrim while adventuring, tempted to do something else and exploring a new area at any moment's notice. Small dungeons and crypts or other instance are always present on every map for the curious adventurer. Making you forget the super important and time sensitive mission you were on because your attention deficit told you to go explore this instead.

Every character and quest is being voiced and that makes what could be a repetitive and broing experience more attractive.

is faithful to a long tradition of well built story and lore. Even though most quests are a bit weak on that part, some of the choices you will have to make are totally heartbreaking.

One of the big asset of the questing Zenimax did could also be its weakness. You feel like you are playing a Solo game; at all times. Except when you look around to see if someone's trying to kill a world boss or clear a public event.

Artistically, the game might be recycling the decors a bit too much. It becomes very obvious when entering a tower. But the fact that you won't lag when processing a ton of players fighting in PVP or big spells is quite a feat; even on some bad computers / connection. Otherwise, you will encounter beautiful landscapes and maps that will make for beautiful screenshot, but you won't find that Skyrim touch and taking screenshots in an MMO is more complicated sometimes !

Finally, the crafting system is rich, probably richer than most MMORPG without being completely unreasonable it seems being able to master the crafting arts is especially long. The interface is quite horrible, but nothing mods can't fix.