The number of users in the Star Trek Online game was over one million until now.
it’s a beautiful space crafty game

50 years of age, 13 films, more than 20 television series chapters, 100 books and more than 60 titles can only be a feature of a franchise in the world; Star Trek is known among the Persians as the Star Trek, and in The past 3rd season of the Star Trek Original Original Serial was broadcast on Persian TV on Iran. The newest release of this franchise is a multiplayer line-up, originally released in 2010 on the PC platform, which received good feedback from critics. Now, should I see that this title can also be a success on the console platform? It seems to have a hard time ahead.

At the beginning of the game, you can decide to work as a human or one of several alien races in the Unified Planetary Federation to establish peace and security in the Milky Way, or fight for the King of the Kligons and defend the glory and authority of your empire. . You can also join the Romulans to rebuild your civilization and gain the rest of your power. Of course, the last two were over the past years as downloadable content for games that are available from the start in the consolation version.

If you choose the Federation of Asteroids, the story starts from where you are a freshman graduate from the Faculty of Science and you will be serving as First Officer for your first space trip because of the brilliant scores you have earned. During one of the missions, a shell gun attacked you, kidnapped the captain and killed him. Because you are the senior company in this position, you are responsible for navigating the crew and crew. After battling the enemy ship and defeating the Kligon, they will return to the command post in the solar system where they will be promoted to the command post after speaking with Admiral for their brilliant performance in the face of the Clayton spacecraft. You will be guided by a wave of events during the story.

It's safe to say that Star Trek Online has played a unique character in computer games, which is why personalization in this game is the first one. You can prepare your character using ready-made models such as body and face, and uniforms quickly and accurately, or choose the advanced design option and spend several consecutive hours designing and determining all the fine details Make your face and body symbols and create the most unique character of the game. Unlike many role-playing games that make it easy to build and personalize their character on the console, the crack start will give you the perfect experience; menus and access to various options are simply designed and implemented. You have the same level of personalization for the entire crew, and you can edit your senior officers to achieve their desired appearance. As you would expect, you will also be able to personalize your space ships, and you can find items such as the materiel body of the ship, the shape of the windows, the interior of the spaceship and the body design - which covers a wide range of colors – Determined.

The upgrade section is one of the most important and most important parts of the game, and in particular role-playing games, as a result of which particular attention has been paid to it, and the creators have tried to show the best. In this case, the Cryptic studio works well, and almost nothing to do with this section. Extensible options for the main character tool include weapons, armor, protective cover, mobile kits, etc. A wide range of items is available for each one. These items vary greatly in the game, and some are scarce and some are found abundantly. Improving the physical, aggressive, and defensive capabilities of the main characters is done according to the character's rank, which can be done by finding upgrade manuals - or by paying in-game credits.

The boot up capabilities of the propulsion systems are the core of the console's various consoles, and so on because of the variety and number of items available like characters. Along with all of this, you can upgrade and upgrade your crew and senior officers' capabilities and features to carry on missions that are carried out on planets or inside the station.

Inside the game, there's a second-hand second-hand buying system that's very efficient and fun. You can set any price for the item you want to sell and check the price of items for sale. The very similarity to real-time exchange systems has led to a strategy for trading, in which you must try to set a competitive price for your item, while benefiting from sales. Another positive aspect of this section is its proper boom, so the author succeeded in selling two similar items with a 30% difference over a period of 1 day. Unfortunately, somewhere inside the game there are various items disappearing for no reason; one of these cases was the disappearance of one of the space ships for the writer, which was not possible to follow the case for the writer because because of the sanctions on IPs Iran, the ArcGames account was used internally and there was no possibility of communication with the support section. It is hoped that with the opening of cyberspace ArcGames Iranian users will be banned.

Since the game is known as a widespread role, it has a very sophisticated environment, including 350 episodes in 4 alpha, beta, gamma and delta quadrants. Some of these systems include several planets and space stations, and it's interesting here that these spatial stations are also known as a game lobby and you can interact with other players. Despite the fact that the game's map is very wide and it takes a lot of time to travel from one point to another, an auto-pilot system has been put into the game so that it's not necessary to sit for a long time at the game's point to move between the systems. During this time, you can breathe fresh and relax a bit so that your pilot can arrive at your destination.

Artificial Intelligence has a very decent performance, and unlike most role-playing games that are only challenging in certain parts of the AI game, Star Trek Online will have to deal with AIs from the start of the game. . Of course, artificial intelligence does not only work well in dealing with you, it is also very good in your companionship, the efficiency of your officers is very impressive and you do not need to order them to do anything because before you intend to do it Get it done! Throwing grenades at the enemy is to turn off the fire and use the boosting elements of the creatures of your entourage, which makes the missions more enjoyable with them.

The conflict with enemy spaceships in space is also very interesting because it brings you the experience of a 3-dimensional encounter. You can use the top left bottom of the right or whatever you want to attack enemies, and you can shoot the lasers and torpedoes to the extent that the protector is destroyed to damage the ship and destroy it sooner. Of course, you are not the only ones who are going to do this, but your enemies will also take that strategy, and so you have to take a defensive mode to win the battlefield. Perhaps the crunch that played into this episode is the long and dullness of some battles that make it possible to destroy an enemy spaceship for several minutes to rotate around the enemy ship and shoot it.

The graphics are normal and are suitable for a MMORPG game. It should be noted, however, that this title was released on PC on the PC in 2010, and is now only available for the console port of the console, while there is no mention of an overall graphical upgrade, and only the optimization of textures and lighting is loaded. Still, in some places, there is a problem with loaded textures and jams, which is likely to be resolved by the release of an upgrade by the manufacturer. Game physics, as well as other titles, is extensive, abnormal, and very primitive. However, the titles of this genre can not be ignored due to the massive amount of information waiting for physics and graphics quality, such as Dark Souls or Witcher. In-game audio is also free of bugs, and sometimes some sound effects, such as voice walking, are not activated or performed, but this problem does not have a real impact on the game. Sometimes the dialogues mentioned do not match the written text.

The most important weakness of the game is in the system of marking and targeting, whether in battles or in battle between spaceships. The problem here is that in the battles of your body, you are targeting one of the enemies, but after destroying him immediately, the automatic game targeting system is locked closer to the person who is usually a member of his team. It's worth mentioning that this is also a problem in the battle between the ship and will reduce the quality of the game a bit. Another difficulty is to get stuck in some stages; sometimes it's not possible to shoot enemies, and it's a game of the game, which makes it possible to continue the mission. This problem is sometimes seen as having to go through the gate or the gate but the gate or the door is not activated to continue the stage, and it will keep you from completing that stage. Fortunately, this problem was not an acute and permanent problem, as it was resolved by restarting the stage from the last checkpoint and you will be able to continue the story.

The Academy of Space Sciences view
Worth playing

Looking forward to playing this one. I was about to download it.

Been playing STO for years, new content gets added frequently.

i prefer F2P game Warframe rather then mate 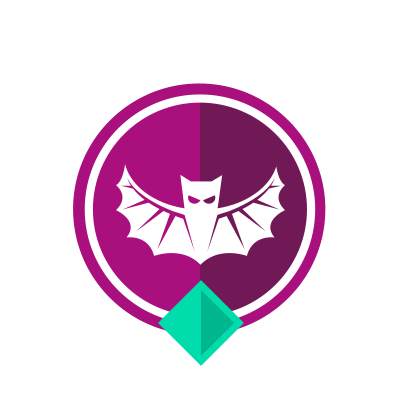 I love Star Trek the films/television series', but this game was a little annoying. The fighting, battles, and controls leave much to be desired. It's probably so popular because it's the only game set in that universe. I just wish it was a little easier to play.