Rate this article "Review of Unturned"

Unturned is a quite old game on steam,which has always been free and which has changed a lot since when it was first made.
I only started playing the game in its 2.0 version which is still quite old but not as old as 1.0.I have already gave this game a super positive review on steam but i just must do it here as well.

Positive things about the game


There are many,many good things about this game so i will probably miss out a few but here are some of them:
•The game is multiplayer-I just can't talk enough about how fun it is to find a nice server,get some friends in and either make a pvp team or fight zombies and make a base together,it's just so nice.
•The crafting system-There are a lot of things to craft and build in the game,going from just making some planks to crafting a helicopter (sadly only in Hawaii) or a makeshift rifle. 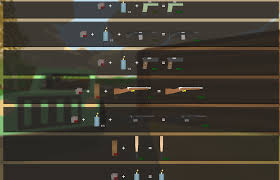 •Vehicles-There are alot of different vehicles,helicopters,planes,boats,tanks,military jeeps and APC-s,atv-s and just normal cars.In 2.0 there were really only normal cars and not many different kinds of them but for 3.0 there have been many,many more added which i really like,especially the helicopters. 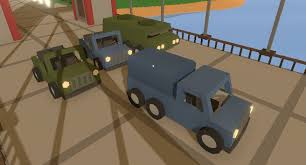 •The maps-Unturned has many different maps-PEI,Washington,Russia,Germany,Hawaii and Yukon,but also different for example christmas versions of them and a few arena maps.
•Weapons-You can find a large variety of weapons to use in the locations on the map,there are sniper rifles,SMGs,shotguns,light machine guns,an actual minigun and many more different guns,there are also melee weapons,of course,which can be either simple golf clubs and baseball bats or chainsaws and katanas. 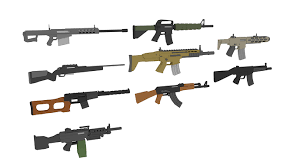 •Base-building-In Unturned you can build quite complex and almost unraidable bases using walls,bulletproof,one-way and normal windows,many types of decorations,sentries and more.Building a base is mainly for keeping your storage safe but in PvP servers it also acts as either a defense or sometimes as a trap.
•Endless fun-Unturned can be played pretty much endlessly,there is no end,you can always respawn and just start again and it almost never gets old since the drops are always different.I have played this game for 700+ hours and still play it alot and it's still one of my most favourite games.

Bad things about the game

•The community-I really think the community has changed alot since the beginning of 3.0,back then there were servers with people speaking english,being friendly and wanting to team with anyone.But now i don't know if i'm just in the wrong servers but most of the servers are either russian or chinese which is ok because there are still many english servers,but it makes it harder to find good ones,and the community also seems to mostly be players who can't play by themselves and ask everyone for help (not help playing the game,just free things and having everything done and given for them) even though this game is quite easy.
•Updates-I like how often the game is updated and i understand that the developer is working more on 4.0 than updating 3.0,because what's the point of doing that,i understand that,but most of the updates are a bit pointless,bugfixes are good and i like them,but the recent updates have been a bit pointless.

Overall,Unturned is a really good game and everyone that plays PC games should try it out once and possibly find a game to play for hours and hours,i'd give this game a 9.5/10 because in my opinion,it's close to perfect.Goodbye. 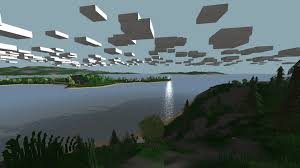 Rate this article Review of Unturned

I mean Unturned is a great but but it doesnt have much to it when you beat the military boss wich doesnt take long you're pretty much done at least i hope.

I download this game a month ago, and I'm trying to enjoy it, good review!

Unturned is actually a semi-decent game, which is surprising since it used to be a roblox game