Dying in Soulsborne type of game is not an unusual thing. What’s more, that is a part of overall experience, so when you count your deaths in double digits on one boss, you don’t feel the shame of the defeat, but the desire for vengeance so that the adventure can continue. On those foundations the Death’s Gambit was created, which doesn’t hide where it draws inspiration for its mortal life, rather it demonstrates it through the game. 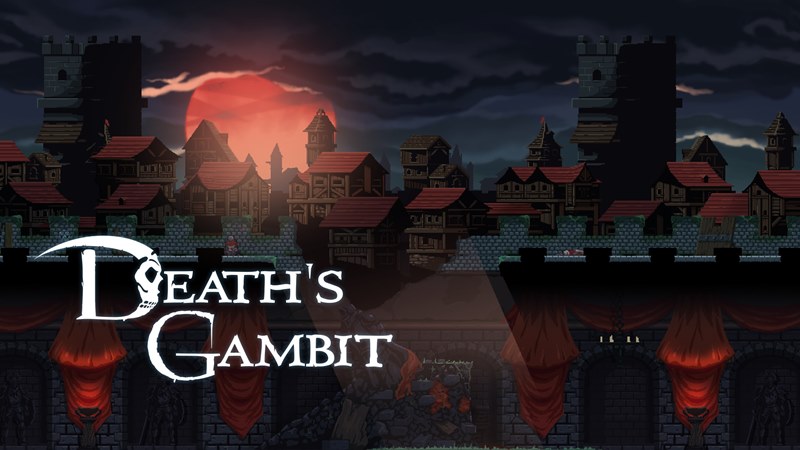 Souls adventures take place in three dimensions, but overall experience can be summarized and presented within two dimensions that Death’s Gambit is doing mostly well. That’s exactly the key word – mostly. The battles and interesting bosses are what is particularly emphasized in the games of Soulborne genre, while here battle is not that great but the bosses are still very interesting. Although the battles look visually good, the technical side is not that well solved because of somehow problematic controls.

This is mostly felt in the form of a delay in performing the action after the button is pressed. Even when the entire duration of an animation is excluded in this combination without interruption, the results may sometimes be frustrating, which can lead to unwanted encounter with Death. The third problem during the fight is detection of the blow that our hero can handle. At one point, it may happen that the blow will not be registered, only a few seconds later in the same position the previous move could be a one way ticket to the grave. 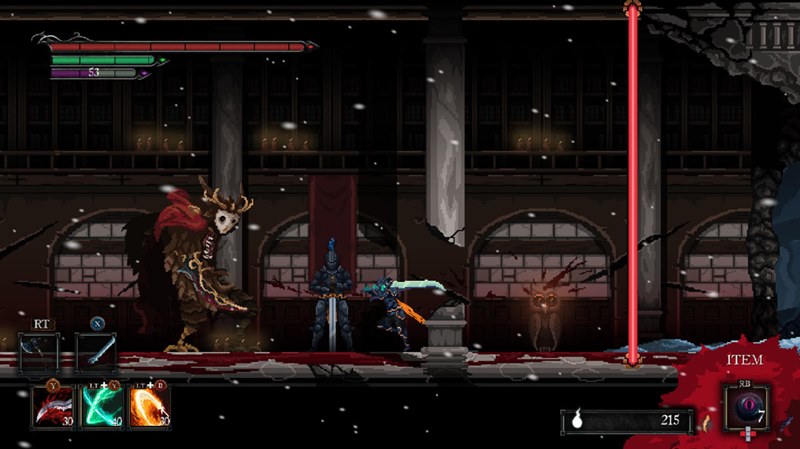 Such inconsistency during the fight decreases the quality of the experience. Although the battles can be challenging, unfortunately it is not always our fault when Death comes to us for who knows what time. However, for some reason these problems are not so present against the bosses, which is a positive thing, especially since the battle against them is what this title will remembered off. It's enough to say that there is 14 of them, and they are not that boring, you can feel that every boss is different in its own way.

Going into the afterlife is accompanied by a choice of classes that have seven types, so everyone can find something that will suit them, and which in turn can stimulate additional play after the end of the adventure. Only the duration of games for those more experienced can be reduced to eight to ten hours, which becomes clear quickly when you see the offer of items in the store. 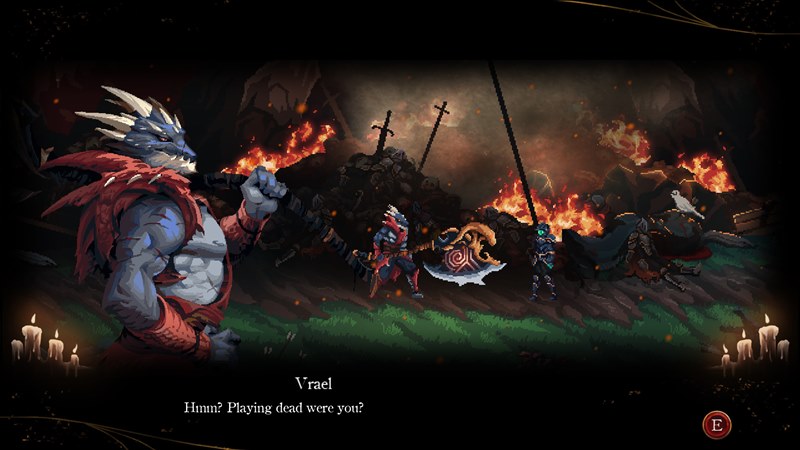 The game length can’t be taken as something terribly negative because it is only about the experience in these type of games. Even if you have a Souls experience "in your fingers," the gameplay loop itself will be very familiar to you.

The game is based on an attempt and a mistake when it comes to fighting because each opponent has its own, in addition to the unavoidable traps that are on the battlefield. Any elimination of the enemy will put their debris in our “piggy bank”, which is also the currency for everything within that world. Additionally, each of our deaths does not mean the loss of these debris but will drop off Phoenix Plume, or the feather of the phoenix that serves for healing. Of course there is not much of them so we have to make sure to save them. But if this cannot be done for some reason, there is a possibility of spending the currency on their return. 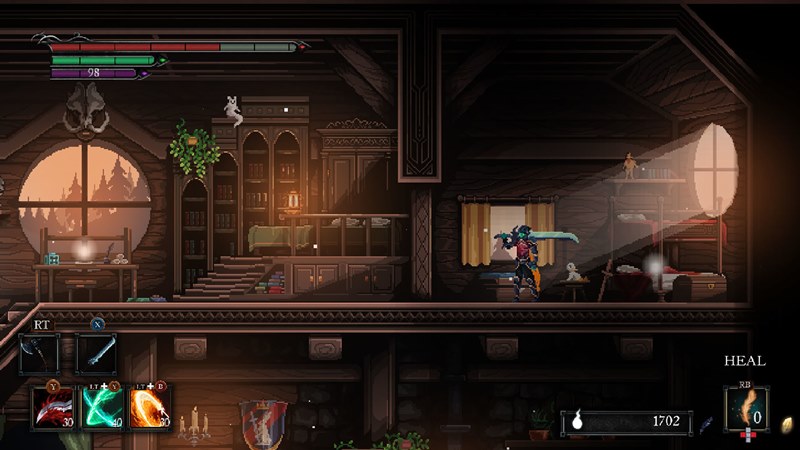 It is a positive thing that there is always a lot of debris because of the way the enemy appear. As the number of feathers is limited, there are statues of Death where you can refill them, meaning that after a deserved holiday, it is again time for battle because the eliminated opponents return to life. And even if you die a lot, that is the only way to gather a significant number of debris and always have that courage to try again before giving up. However, to remind us how cruel it may be, every death from a boss is recorded in a clear way so that he will not forget how many times he had kicked our ass.

Besides that, the game does not restrict movement in the sense - you have to go over here to open this and then go back, pick up the stone and move on. In one hand, this is good because you are not prevented from research, and on the other hand, it’s not always clear how strong you have to be for some locations and how demanding they are. It is enough to say that after three-four bosses you can unlock the path to the penultimate boss. With a bit of skill, persistence and will, you can get in fight with it but sooner or later you would find out that you are still a bit too weak to defeat him. 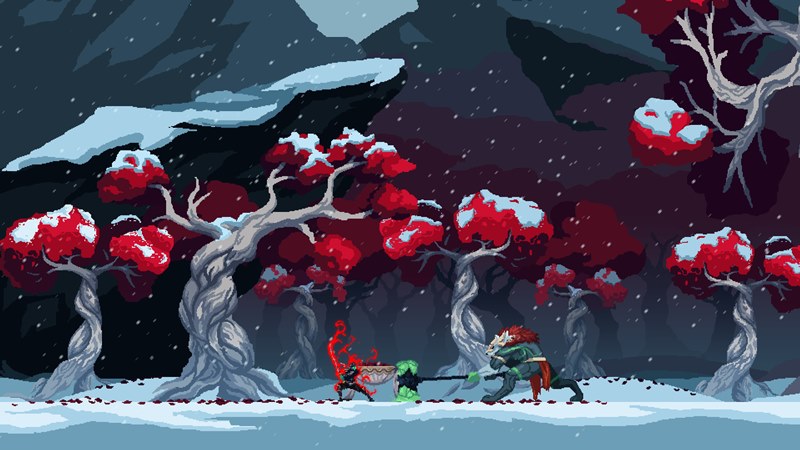 Death's Gambit can be classified into the category of untreated diamonds because the potential certainly exists, especially by looking at the models on which the game was made. Unfortunately, not all elements are equally well-transferred. The most significant segment of the game, which should also be its greatest strength, is the least accomplished. Regardless of everything else that is well-maintained, poorly managed controls can affect the outcome of the battle, which leaves a bitter taste. It does not mean that the fight is not fun, only that the outcome will not always be affected by a lack of skill or inexperience, but also the technical details that had to be fixed.


Big thanks to Adult Swim, publisher of the game, for allowing me to try their game and write this short review!

Game was played on PC using keyboard and PS4 controller.