27 years have passed since Codemasters marketed for the toy console NES "released" Micro Machines. They were an incredibly contagious race of cars on the tracks that could at best be described as improvised. The game has become so big a hit that versions of the Amiga, Segu, PlayStation, PC ... have been running since the last release of the Micro Machines V4, it's been 12 years since Codemasters decided that it was time for the franchise to live up to date.

You are looking for a recognizable, "home" environment through which you "roll" your car to show opponents the main trouble. The view is, of course, from a semipicture perspective, and management is quite solid and adapted to novices in the genre. The game is powered by a full 3D engine that will not harm you with your quality, but as the game is intended for younger generations, it is not that important. It should be noted that the game is divided into three segments: races, eliminations, and arenas. In the first case, the basic task is to cross the goal line first, the second to remain on the same screen with the lead, while in the third most important to remain the last on the wheelbase after the merciless calculations. However, during the "regular" race you will not only defeat for your driving knowledge, but have to pick up the right power-ups at the right time and thus prevent the opponents from showing what they are doing. You will routinely fire striking mines, rocket launchers, hydraulic hammers, and the like, but you have to know that you can handle just one power-up at a time. 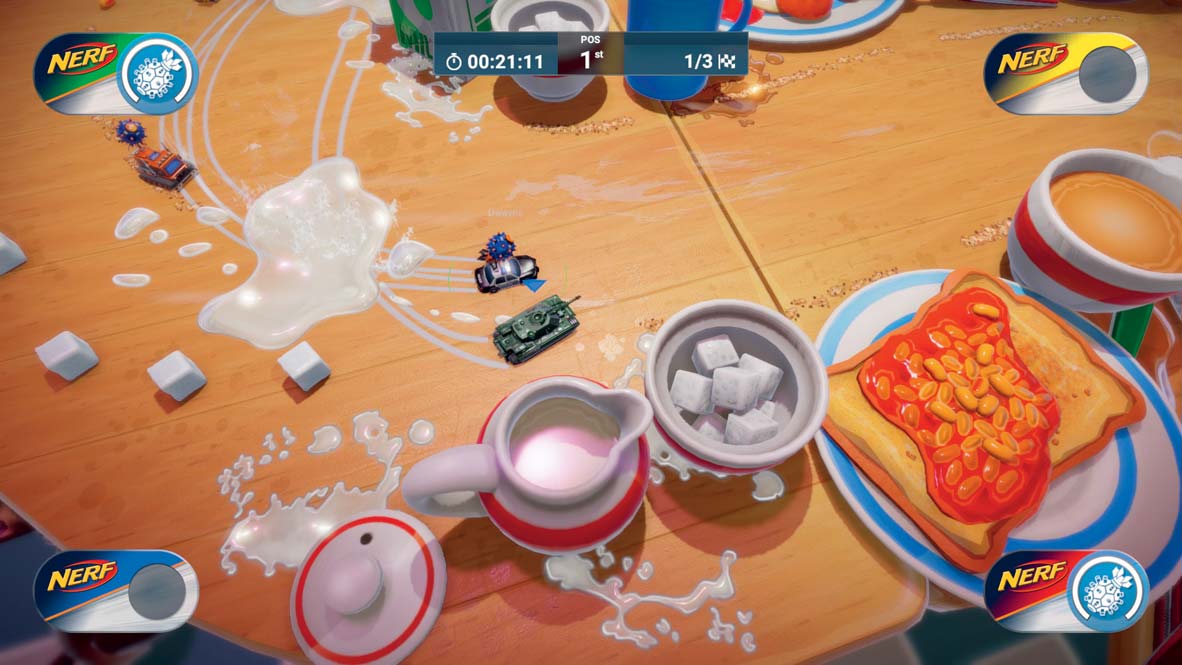 In the arena, the situation is somewhat different. Each car has different capabilities, namely weapons and dances which they have. Apart from the basic puck, there are also "specials" that you can use only when the energy scale is full. In front of your opponent you can set up walls, on a battlefield to mount a machine gunner, install lasers, cause a mini-earthquake, or a hurricane, to call a police helicopter flying from the air to the enemy and so on. If you decide to drive an ambulance, you can get teammates from the team. Otherwise, cars do not differ from one another on the controllability and behavior of the drum. It seems that they all accelerate with the same ease, they have the same / the same maximum speed of movement and through the curves, they "migrate" in the same way. The difference is in the gauge and the weaponry, or the "special" that I have mentioned. This is a little disappointing, especially if we know that in previous versions of the game this was not the case. 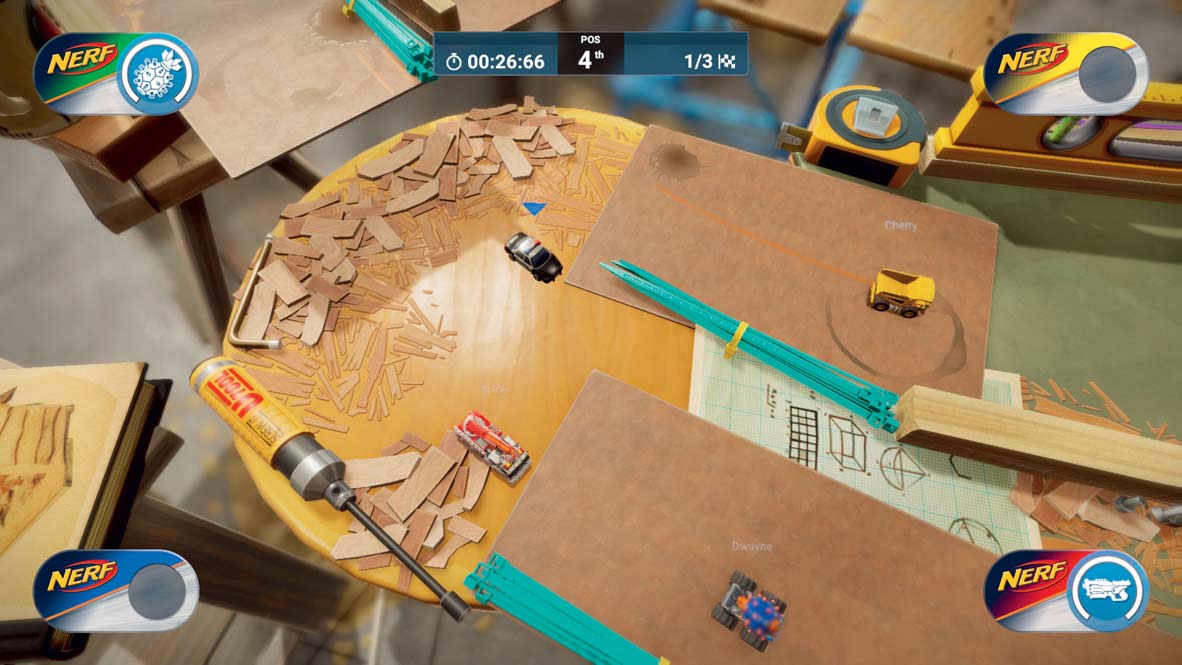 The next major disadvantage is that the Word Series is serious about content. The number of arenas is OK, but only ten short runs are not what we expected, no matter how dynamic, hilarious and full of obstacles and shortcuts. Likewise, the number of cars is smaller than those who have a display in their "hardware" collections by forks and showcases, so the question is the advantage of playing virtual models when you have them in a limited number. Hands on the heart, the game is sold half the price in relation to AAA titles, although we do not know how much it will affect the player's decision to buy the cup in the form offered. Content can be extended to DLC, but we do not know if they will be free. Finally, managing the autos is identical, as we have said, even on different substrates, which would not be so much worse as a tank, fire truck - a fire truck and supercar - supercar. We note that the cars can not jump, and we consider this a serious problem in this game. 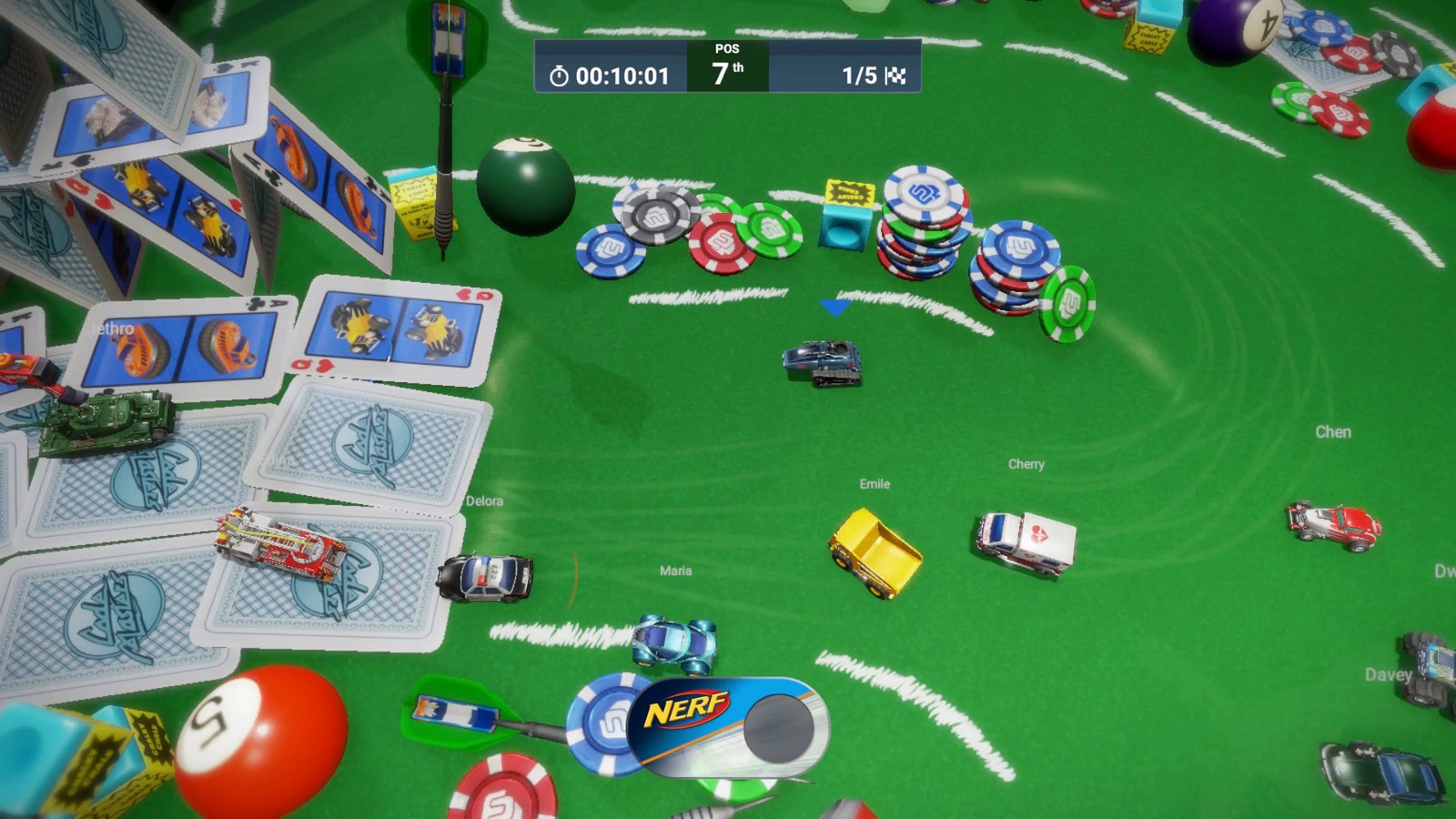 The Micro Machines World Series has kept enough of its original make-up but lost its soul. The game was supposed to come with at least two more tracks, more than a dozen more carriages, and a singleplayer campaign that would lead the users to grind to see the perks that bring higher levels of experience. It would ruin an online commune, but that's ... It does not go down all the way you planned and how hoped.

Some paragraph is too long, but overall not a bad article.

Nce article but there must be separation of paragraphs for easier reading.