Initially,I hate running backwards was a small game in the universe of Serious Sam , like Bogus Detour  and other little-known projects based on the famous series. A few months after the start of the development Devolver Digital wished to be the publisher of the game and allowed its authors to use characters from completely different projects. You'd think that in the end it was supposed to be a mixed hodgepodge with a lot of references and sparkling humor, but the result was very disappointing.

In I Hate Running Backwards , as the name implies, the protagonist always runs backwards, and opponents appear at the bottom of the screen. The parody of the popular genre of the shoot 'em up is difficult to name, since no one here on this subject is joking, but the essence remains the same: the camera moves non-stop, monsters come out only on one side, and you shoot at them and try not to get under enemy bullets. It does not sound so bad, but here everything is done clumsily and boringly.

I'll start with the good - the characters in the game really are very different. Steep Sam, who is unlocked initially, has three "lives" and carries a submachine gun and a shotgun. Luo Wang of Shadow Warriorbecomes available after the first death and shoots from a submachine gun and double-barreled gun. In total there are 12 heroes among whom there is Richard from Hotline Miami , Bullet from Enter the Gungeon , Rambo from Broforce  and other personalities. That's just no one will tell you how to open them - even in the main menu there are no tips.

Use weapons that are exclusive to this or that character, only when you find the appropriate cartridges. Fighting away from opponents and dodging their shells, the player must quickly look around the entire area, avoid collisions with obstacles and collect useful items, including boxes of ammunition. Otherwise, all the cartridges will end, and you'll have to shoot back with a useless pistol, so weak that you will be surrounded on all sides before you kill someone. 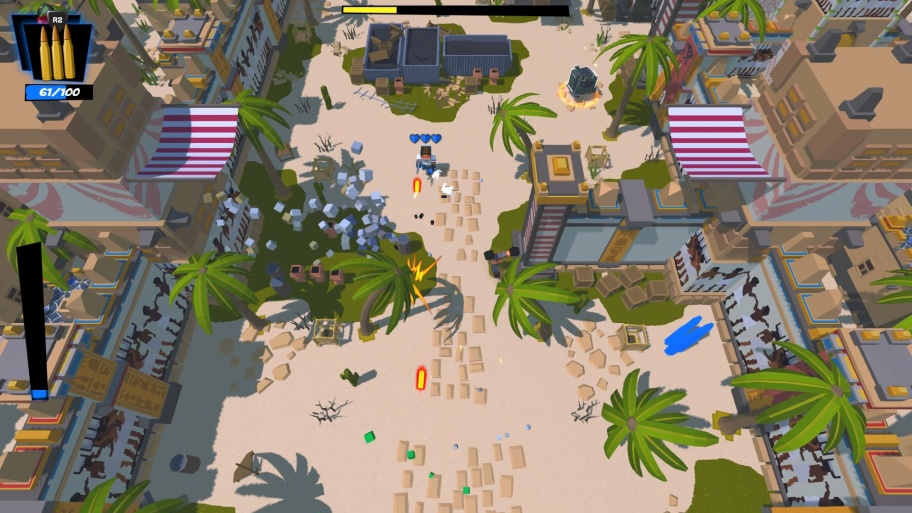 Although worry about this is not always necessary - the levels in the game are generated randomly, as well as the number of enemies. Sometimes a whole crowd will run to you from the very beginning, and periodically I move up and over again, not colliding with anyone for ten seconds. This usually happens in "bagels", where one race can be much more successful than the other, but for the game in the genre shoot 'em up this is a significant drawback. Here you want to shoot without stopping, and you have to look sadly for an empty location and slowly traveling camera.


In general, with dynamics I Hate Running Backwards big problems - it's strange that the developers inspired by Serious Sam did not understand what the players love this series. There seems to be everything that fans should like: similar music, deserts and jungles with palm trees and lakes, even hostile creatures were transferred. Oguschie headless kamikaze, rocket-fired soldiers, crazy skeletons and familiar "bosses" - with all will sooner or later meet. But the camera moves extremely slowly, and the character himself is far from being a runner. In addition, the opponents die not so spectacularly as in the shooters about Sam. Well, at least kamikaze beautifully explode.

Correct the shortcomings of the developers have tried the dubious quality of mini-games. Then you find yourself in a minefield, where mines become visible only when approaching, and must find a safe, tortuous path. Then from time to time from one side of the screen to the other runs through the buffalo, getting under the hooves of which one must still manage. Then you get into the car with four "lives" and destroy the same buffalo, or just drive off and let them go forward. All this looks inappropriate, done after the sleeves and half an hour later causes a yawn.

But the secondary weapons turned out to be quite good. You find it, breaking boxes, placed in locations in random places. At some point in your arsenal will be an object, allowing 15 times to release in all directions a flurry of bullets that will ricochet from the objects and leave no one alive. Or for a few seconds, activate the drones, automatically guiding his turret, even on those enemies that have not yet appeared on the screen. At such moments, the game is slightly transformed - sometimes I purposely allowed a whole group of spiders or skeletons to come to see how they would break up into cubes. 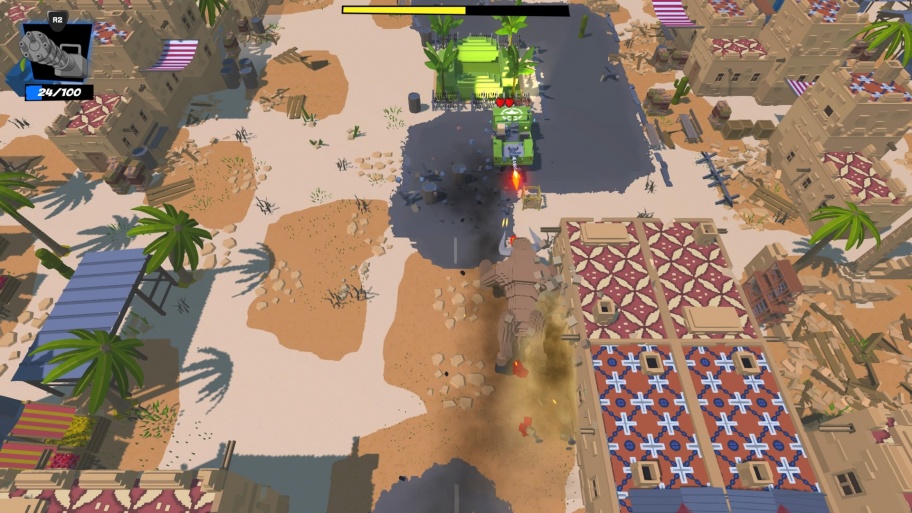 But there is no sense in all this, as in the game as a whole - your ultimate goal here is not entirely clear. After each death, you are shown a tablet with points earned, but they do not affect anything, you can not even unlock anything with them. Bonus weapons are available in the locations when performing some tests, but no one will tell you about them - I just saw an alert about new features, shrugged and restarted the level. Yes, and the plot here, in fact, no - the story tells about how Sam and the other heroes were stuck in the space-time continuum and now must overcome the Ugh-Khan.

The only thing that even remotely resembles a system of progress is the ability to periodically choose one of the three improvements after the completion of the next stage. Some are absolutely useless, while others do not greatly affect the passage. If here every time increased the number of "lives", it would be much more interesting to play - because of random generation you can run five minutes and not see any first aid kit on the way.

In addition, the cooperative regime is distressed, as if it were not paid attention at all. The number of cartridges in it does not increase, so you either have to negotiate with your companion about each box, or stay with the gun and help only in the most extreme case. But the enemies become much more, which once again demonstrates the inability of the creators to properly balance the complexity. Despite the existence of a timer in the co-op, after which the deceased participant will be reborn, the game is still easier to go alone.

It Looks So good

This name of the game is unique

The red and big Rocket

Nice i love it

Nice i love it 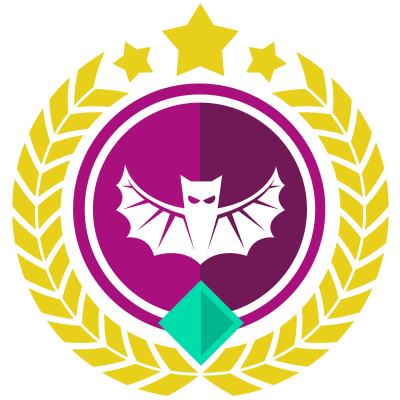