Turn-based party RPG in the traditions of the old school, inspired by The Temple of Elemental Evil and Baldur's Gate - it seemed that such a game in the current conditions, when "old school", as they say, in the trend, there is every chance at least for local success among the sympathizing public. However, in the person of Demons Age, we received a rare example of the case when the authors did go too far with the "old school".

Detailed generation of the character as it was not in the early version, so there is no complete. Only the opportunity to choose a race was added, having received starting bonuses and penalties: halflings, for example, get +2 to dexterity and -2 to strength, and dwarves - +2 to build and -2 to charisma. There are also people, elves and their dark relatives. Classes only five - a thief, ranger, cleric, warrior and magician. No special creative experiments with "pumping" is not provided - at each new level, the main characteristics are automatically increased. Plus, we can raise them with equipment. In the previews, I hoped that we would be allowed to determine at least what skill to learn at a new level, but this was not given in the end - the characters themselves get new abilities. And if the magicians and clerics are really gradually discovering some interesting spells, then the soldiers and shooters are obviously deprived - in addition to the standard attack they are allowed to use as much as possible, with which two or three strikes occur at once. Generosity, you see, incredible ... 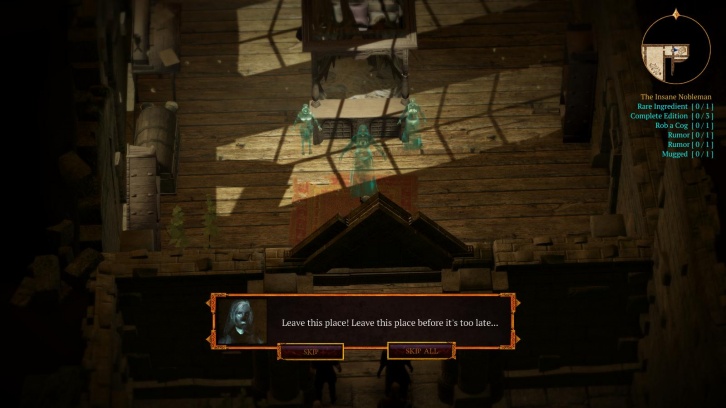 We begin in proud solitude, but then other characters can join the hero. Basically, we buy mercenaries in taverns, which can be reached on the global map. Do not expect any registered individuals with their skeletons in the closet, opinion on all occasions and personal quests.
Maximum, you must take into account their personal preferences in relation to relationships to other races. That is, someone, for example, does not like dark elves or considers all halflings to be thieves, someone himself comes from goblins and takes offense when they are killed, and somebody in general is a pacifist and believes that every life is sacred. And in the first fight, when you kill the goblin, he can betray you and turn to the side of the enemy. All this needs to be taken into account, selecting the party so that no one is stabbing the knife in the back. This, perhaps, is the only truly interesting and unique feature of Demons Age. 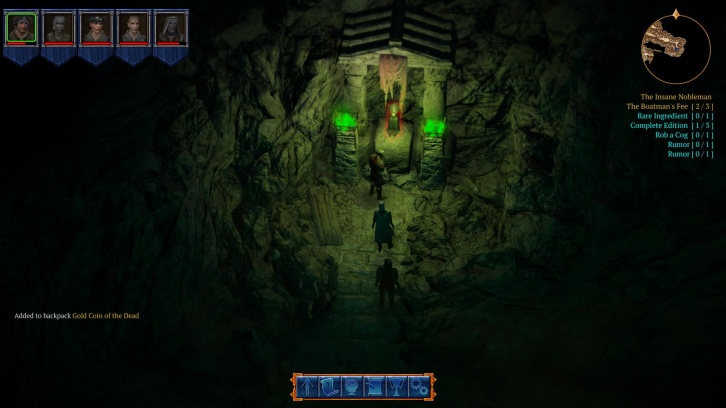 Approximately the same level of diversity awaits us in the plot. The story is classic for noodles - perhaps even too classic. As usual, demons try to break down the barriers that deter them from penetrating people, elves and dwarves into the world. And we must stop all this and save everyone. An interesting detail here could be the fact that we are playing for a criminal (or criminal), who was taken by ship to prison. Then, as usual, the storm began, and our hero was almost the only survivor. Each of the sixteen possible characters that you can create at the start, your list of crimes and your punishment. But in the future it is not played out in any way - say, execute the first two orders, but we'll forgive you everything and forget everything. And went-went-kill the king of the goblins, then the king of the orcs, then another lord who betrayed the king and allowed the demons to cloud his mind. Side quests, which can be taken on a notice board in taverns, also do not differ in variety - find three necklaces / five pumpkin / two rare ingredients, collect five secret letters and so on. Walking in full 3D on the global map in Demons Age is also quite boring - there are occasional skirmishes, especially frequent, when with the sunset the party automatically settles for the night. But on this all - some more interesting meetings, for example with traders or quest characters, no. It is also not necessary to take care of the resources, the subsistence of party members during their stay or about the protection of the camp.
In fact, all of the above is not so scary, if we are talking about the adaptation of the classic desktop module by the rules of an advanced role-playing system. Yes, linearly, yes, without special frills and moral dilemmas, the plot is centered around the battles. Even automatic "pumping" can be forgiven - if you play and fight really interesting. Especially since the competent selection of the party and the equipment here has not been canceled. However, the problem is that it is interesting and difficult to fight in Demons Ageonly first. Step-by-step battles in themselves are not too whimsical from a tactical point of view. In your turn, you can move, apply skill or a spell. Features of the landscape, the difference in heights, traps, some special conditions, when you need to hold so many moves or protect an important character - there is nothing here. But the situation imbalances. Take in the game two magicians, and life will immediately improve. All the way, they will use two or three spells that decide the outcome of almost all battles - poison poison, fireballs, do huge damage to the area, and in time increase the endurance of the "tanks". And all - nothing else is needed, all fights turn into routine. I will not dissemble - I was at a normal level of complexity. On "Suicide", perhaps in this regard, everything is more interesting. But, you see, a game in which all the battles are turned into routine at the "normal" is no longer good.

Demons Age could be a real outlet for connoisseurs of classic turn-based RPGs, cut out by the patterns of old school "desktops" - without the ubiquitous moral choice and spectacular videos, but with complex tactical battles and interesting "pumping" characters. However, there are no interesting, variant role-playing and combat systems here - everything is too primitive and monotonous.