Who does not remember old Crash Bandicoot from Playstation days? With their good looks, fast, fascinating games and phenomenal considerations, this was a sure winner among game enthusiasts and is still a wonderful nostalgic source. It thus builds certain expectations when an old classic is going to be alive. This time, it's also without party factor and go-kart, but a real adventure game.

Therefore, I became a bit put out when I got a full three-dimensional world to explore, far from narrow corridors you had to drive twelve years ago. Thus, a lot of nostalgia fell away for my part, here was a bit of driving / spin doctrine I had grown so fond of. Instead, the pace slowed down to a quiet standard platform format, incredibly boring in my eyes because the Market is full of this from earlier. What happened to the old gameplay? I understand that we are in a new millennium and so, but more Banjo-Kazooie and Ratchet & Clank, we really do not need.

The story is refreshing and healthy, in all its Ape Escape plagiaries. Cortex has made a helmet that, in anticipation of giving users access to a VR-like internet, makes slaves to consumers. These give him a great feel for all residents of Wumba Island, as part of a new world dominance plan.
The story is told by visually fine interstitials, and is filled with humor by the crazy but good range. Here comes both dad and son to find laughing moments, and humor is generally well represented in the game by the way. 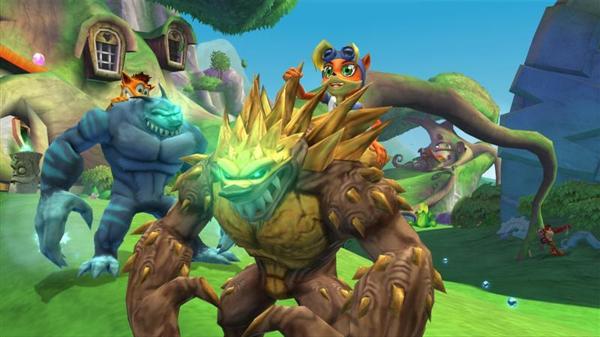 Crash, like the modern pungent, can both box and kick, while the good old spin strike plays an unwanted other leg. This is because you have to spin the left mouse pad to use it, in a kind of idiotic attempt to simulate interactive control. Therefore, it ends with enemies fighting unhappy shows and spin is reduced to a stupid gimmick that is only used when you need to dig the subway (even a stupid gimmick) or jump extra high. Some cameraman he still could not afford, or maybe it's a nostalgic grip from the developer, regardless of the locked camera feeling very restrictive and old-fashioned in a bad way. 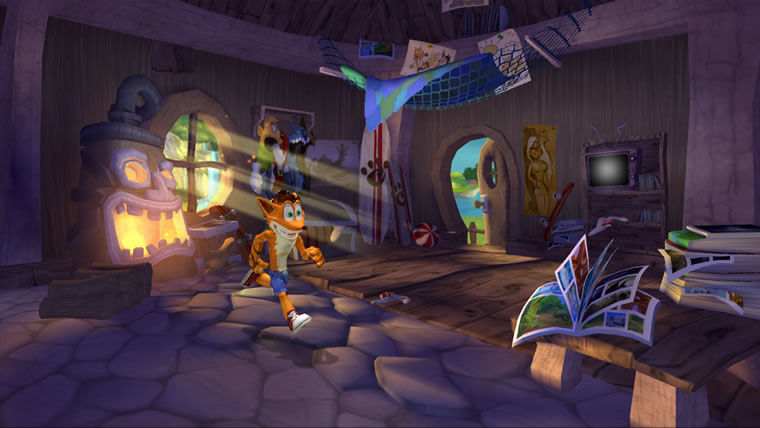 Crash: Mind over Mutant is still not useless. The graphics are colorful and nice but not better than, for example, Kameo. Just like the predecessor's Crash of the Titans are the great titans that the stars meet on the show, which after a little deng can be used as a rider. The designs on these are excellent and they are very different in appearance and abilities. Titans are also well integrated in the game's various riddles, and it works well. 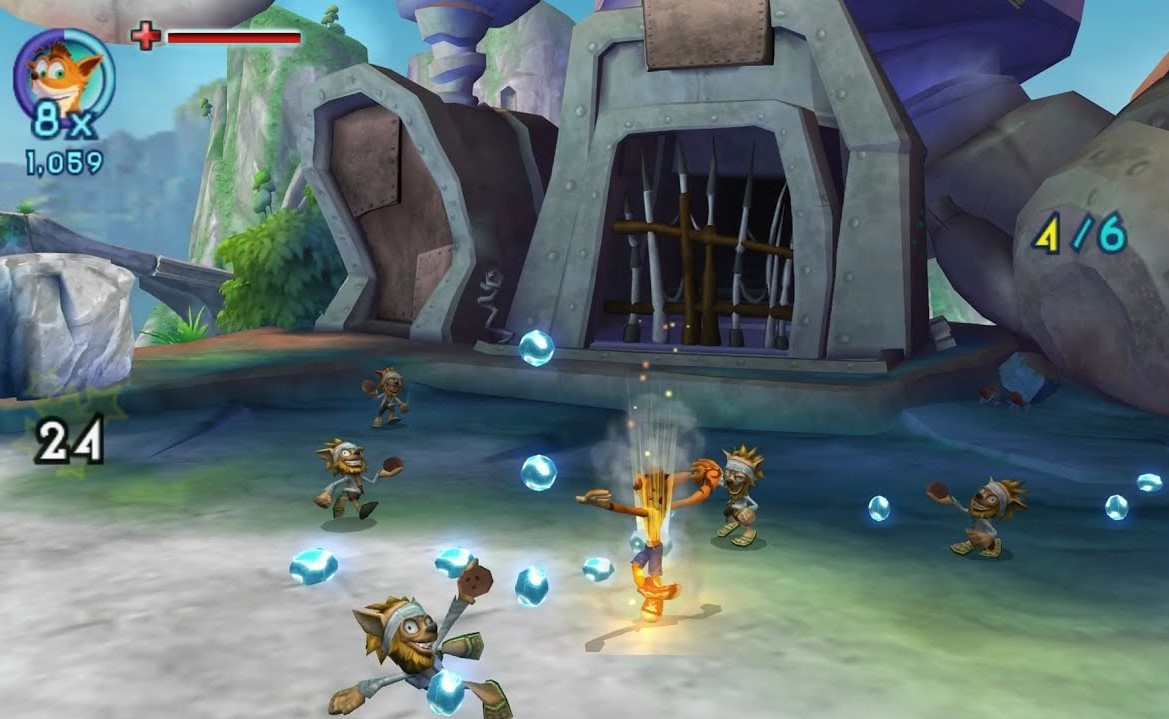 Another small element that works is the bonus you get from striking enemies without being hit by yourself. Plastic guitar heroes will undoubtedly appreciate this, and it's a wonderful feeling to bump into a lot of diamonds with 30x bonus. With enough points, you will upgrade either Crash or Titan you can have, and while it feels like a decisive factor, it's a functioning abuse that gives many game motivation and meaning.
The game's biggest plus is still the sound. I was shocked when I found out that the game is one hundred percent renamed in Norwegian, an extensive process like each area and each character with each of its tulle English names has been translated into credible counterparts in Norwegian. Nothing seems crowded or unimaginative. The best is still the voice game, a potential acile health because there are so many numbers in the game. All enemies learn from comments both before, during the road and after you beat them, and almost everyone is crazy fun. I almost do not understand how they did it, but when one of the game's many little enemies came to me and shouted "generic battles," I laughed so tired of the chair. And so with all things that emit sound in Crash, they're just so well done and hysterically fun. From the titans, grin and add to the remarkably appealing "Oogeliboogeli" when you get a new task. It is very clear that the developers have done a good job of sound design. In addition, dubbing makes this a superior childhood play, and the funny voices are likely to create a lot of vibrant children's litters in the homes. 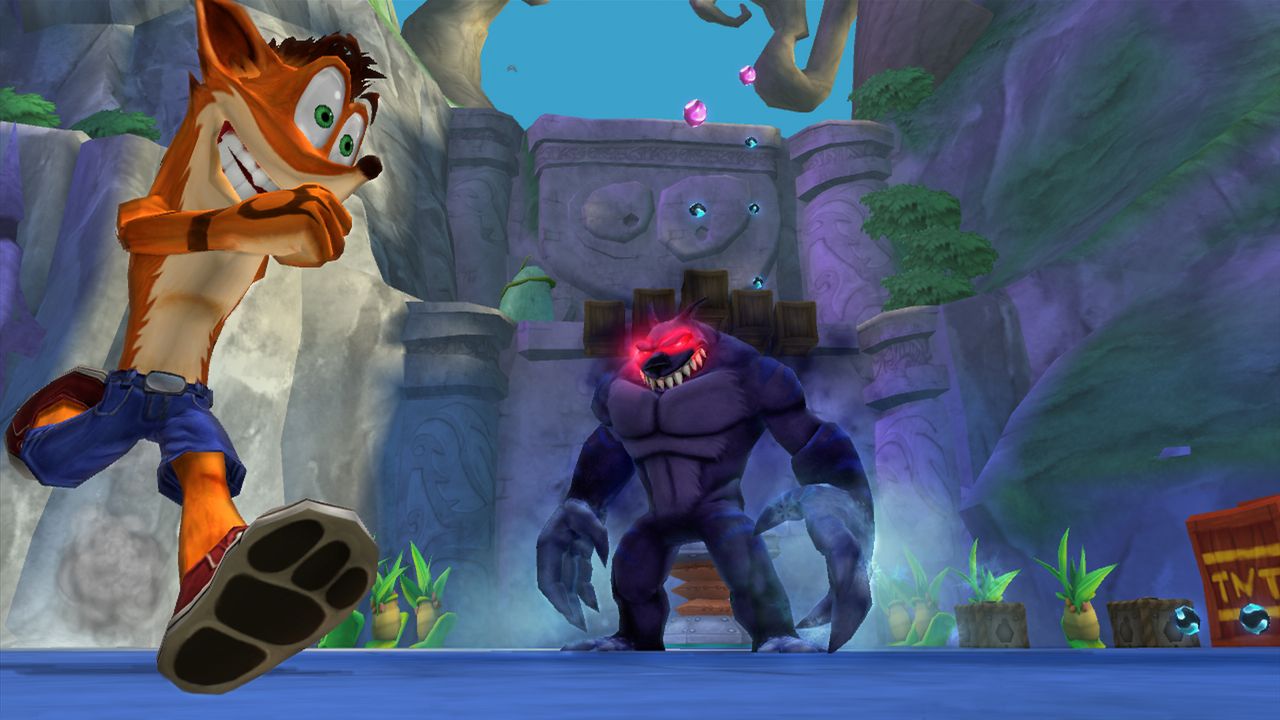 No matter how good the sound is, I'm still not over how far it is from the original concept, which was what I had expected. What a pity then is that even if you add the origins of the page, there is a terrible card of the above games that dominate the platform genre. The control system is far from perfect, locked camera torture and dies extremely often as a direct result of this. Even if you have endless life, which removes a lot of the excitement, it will be very frustrating to lose the pointers and Titan, for example, if you fall into the abyss. There is simply nothing new here, so when Radical Entertainment took the crash of the narrow jungle aboard with Rolling Stones and Apples and Aku Aku masks they made a big mistake in my eyes.

this is really good

This makes me want to play