Furi is a little indie game with a very nice and complex plot behind ,  the whole game takes place in multiple levels , in each level a unique boss.  The whole game in located in a prison , a highly advanced prison made for the protagonist.  There are a number of 9 bosses but there is a 10th in a secret level. The game is based on the gameplay but still the story is a very intresting one , you start as a no one , you don't know who you are  , you are a Stranger and that's how everyone calls you, you know only that you want to escape from that prison and you know that you have to defeat all the guardians. 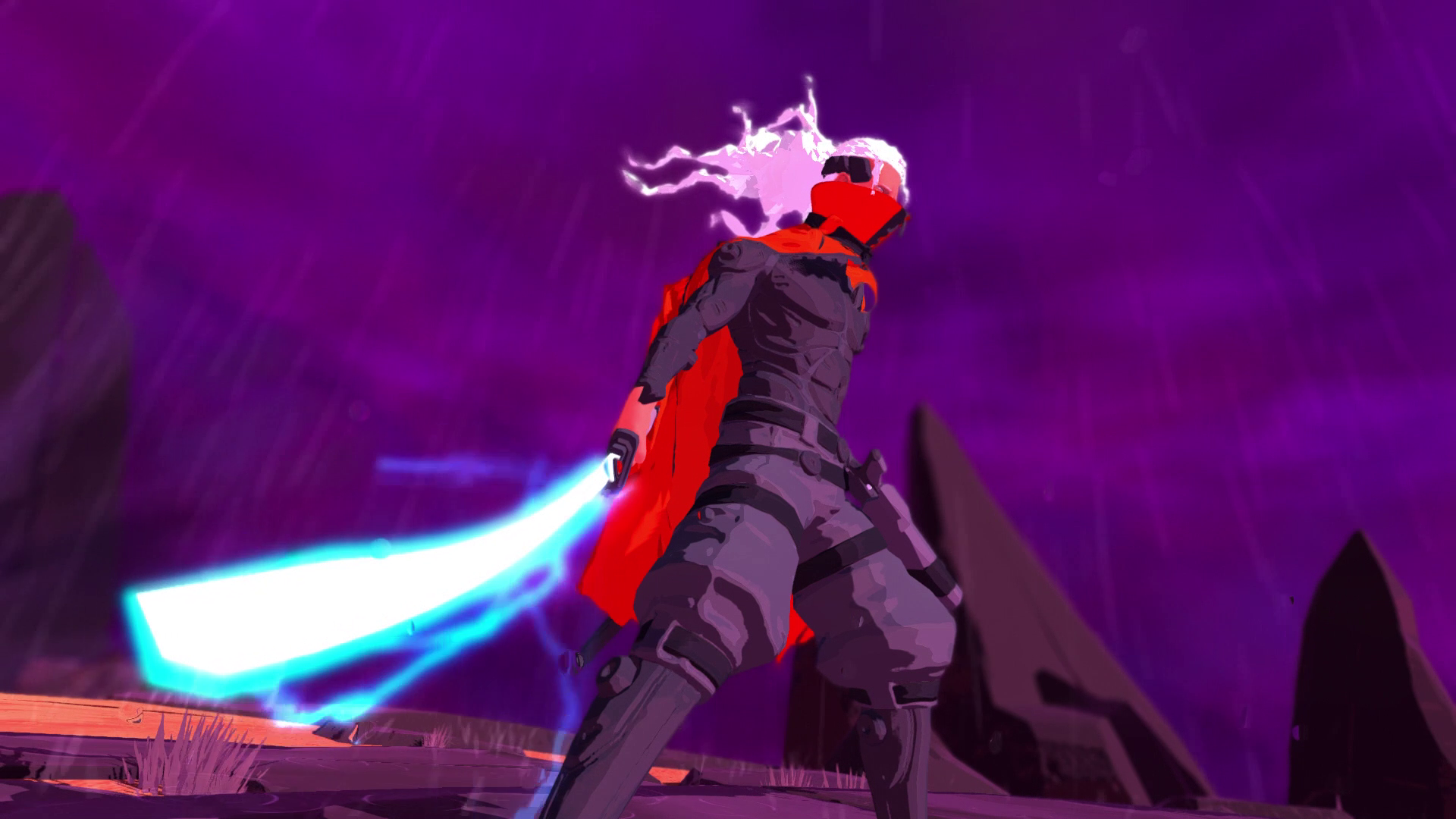 Story
The  story starts with the Stranger waking up , he's get's help from a half human half bunny which tells you to kill The Chain  , after the Strangers kills the first guardian he  start walking to the next one , the next one is called  The Strap , a prisoner with a laser cannon on her head   , after the Stranger kills her he keeps going to next level , he kills The Line , The Scale, The Hand , The Song , The Burst , The Edge , The Beat .  After Sthe Stranger escapes the prison he realize that everything around him  turns dead , He finds out that he has a daughter and he goes up in the space , guided by a voice named The Star.
After he get's to the ship he sees more copies of himself and eventually  he meets the mothership ,  She calls him Raider and asks him if he annihilated  the planet , here he has the choices , if he says no he will start fighting the ship and eventually  destroying the ship but not before she send all the clones to destroy the planet , that's the good ending but you can also tell the ship to destroy the planet. And there is also the secret ending , if you spend about 2 minutes at The Song boss , an angel you get to stay there and you don't continue anymore. 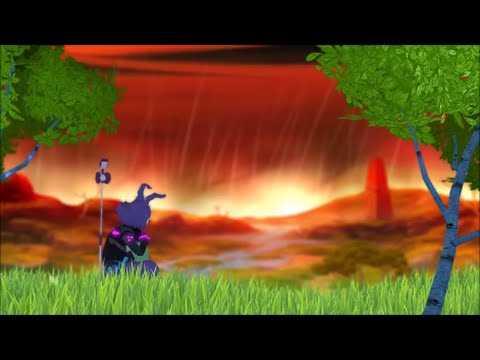 Gameplay
The gameplay is very dynamic , you have to think fast and react fast , mostly you have to doge your opponent's attacks and try to attack back , you can use the sword or the pistol , you can also use the environment for cover . You can dash and you have to watch out for quick time events. The game is in a third person view , and in order to defeat a guardian you have to beat him more than 1 time , this number is decided by the difficulty you pick , if you picked easy  the guardians will have 5 lifes , same as you.

SoundTrack
The Soudtrack is very active and energic , it goes perfectly with this type of games , is the type of music that starts low and get's higher and higher , same with the fights , you start with a slow fight and get's harder and harder.

My opinion about the game and should  you buy the game?
In my opinion the game is great , the price is a little to high for this type of game but is still a great game if you like a challenge , the story is very strange , the names of the guardians makes me think about the  feelings  or the sins of man , the first guardian is enjoying pain and torture , the second guardian is mad and lonely , the third one is wise which might not be a sin but if you keep going you get the idea , we find out that in the end  why the prison was  made  , they  made the prison  to stop The Stranger from destroying  the planet and in my opinion it did , by showing him what he needs to destroy and what he needs to protect , we don't find out what happens in the end , if he destroyed all the Raiders or if he just gets killed.
The game is overall great , the story is a bit strange but in the same time very interesting , it keeps you waiting for the answer and when you finally reach the end you find out that you know only a little. Now , to answer the question , is this game worth 20€ , in my opinion is not , is a great game but is not worth that much , not only that but there are only 2-3 hours of gameplay , way less if you have good reflexes. So i hope you enjoyed my article and you learned  something , have a great day ,bye!
-Merisor