Rate this article "Police! ~This is the Police~"

Police! ~This is the Police~

He’s not the police chief that we need, but the one that we deserve.
- Some dude

This is the Police is a strategy management game developed by Weappy Studio and published by Nordic games. I was watching a video impression of the game “Democracy 3” when this popped up in my suggestions, saw the graphics, thought it looked pretty good and went ahead and tried it. Still going through the gears of it as of today but I think I’ve got my head around it.

You are the police chief of a city called Freeburg which incidentally has corrupt politicians, mafia, gangsters and hooligans running amok and it’s your job to stop them. I suppose the nearest fictional city that can be compared to Freeburg is Gotham City, where criminals also rule the streets, the only difference is that you are no superhero and can pretty much die to bullets the same way a regular man can. The mafia has a very large presence and power on the city and the city hall is constantly breathing down your back.  The setting can be very dark sometimes, be wary of that.

The story is presented to you through cut-scenes comic-style exposition. You control the protagonist, the police chief Jack and you experience the struggles of a middle age man in a city full of detestable people where you can barely distinguish friend from foe. Did I mention that his wife also ran away with a younger man due to strains in marriage? Yeah, his life sucks. 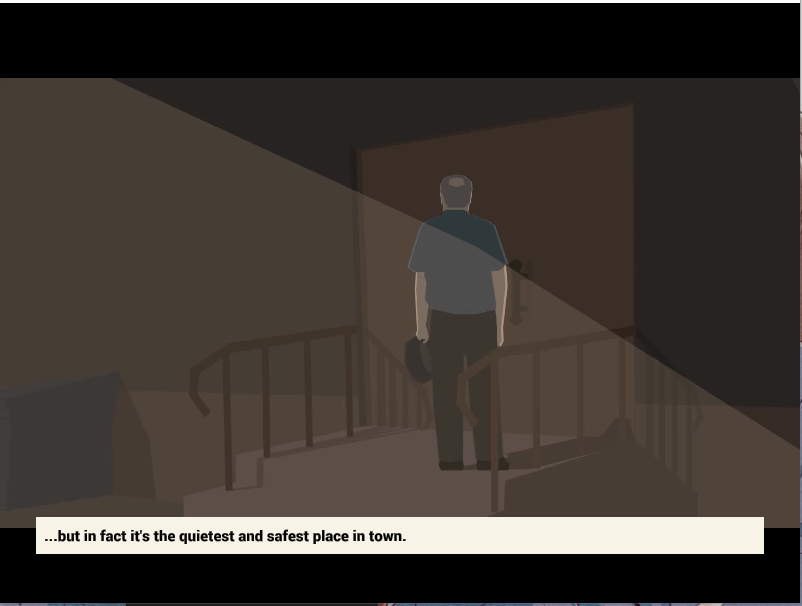 Anyways, the story is told in a linear way, sometimes the game offers you with choices, two choices, where you can pick one. I have gone back twice to see if it has any effect on the story of the game but so far it doesn’t seem to do jack. Perhaps it is another illusion of choice.

Very subtle and light tones of gray,red,blue,green and orange but mostly gray dominate the landscape. Thankfully the interface is quite bright providing some needed contrast to the visuals. The game also looks very clean and slick, which goes well with the relaxing jazz and classical tracks that you can play and change anytime. Everyone also seems to not have a face but the voice acting for everyone is superb. 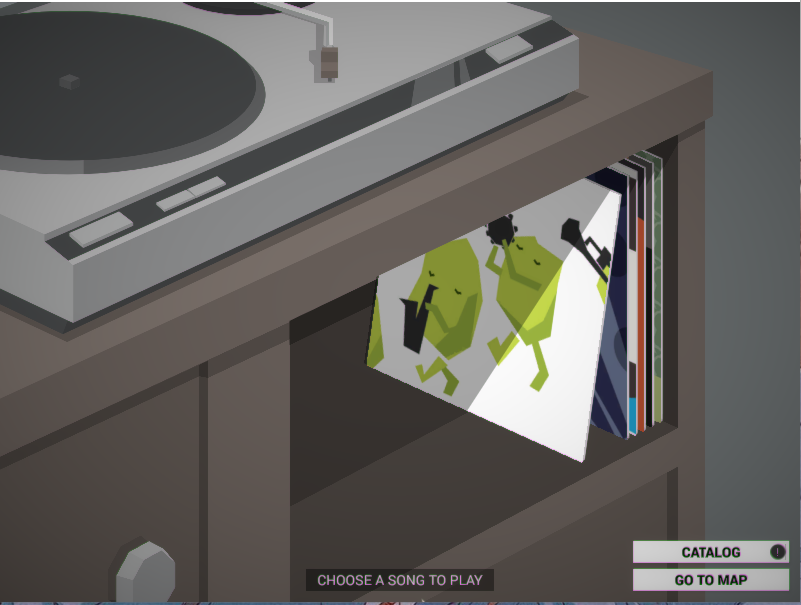 Starting off, you are given a model of the city, crimes will pop up and you will have some time to respond to them by sending in officers or if required a SWAT team and a paddy wagon. Your officers have ratings on them that will determine their effectiveness on resolving the issue on hand and they succeed in apprehending the offender without any casualties their rating will increase making them more effective. You can’t focus on sending the same officer again and again however, for their energy will decrease and they might be suited for other tasks. A balance of sending a bad officer and a good officer to increase the former officer’s ratings is a good strategy. 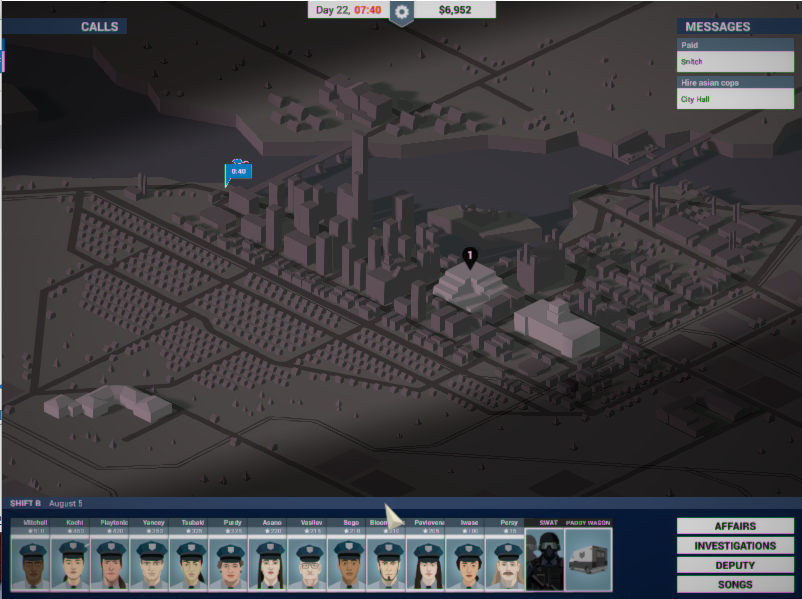 There also happens to be the issue of time management and priority. We have simply too few officers and too many crimes so you will have to make a call, do we do this task or do we save up on officers just in case a more important and more dangerous criminal activity happens? Lady luck is only on your side a handful of times so you need to be vigilant in the usage of your officers since you will also need to help the city hall, the mafia or random people at times to gain some sweet rewards.

Another mechanic is these investigations, where you will need to piece together a series of events from the frames given to you. The more detectives you have on a case, the more accurate the frames given to you will be. After you have pieced together the crime you will have an option to apprehend the offender by sending in some police officers and the SWAT team. If successful it will grant some extra ratings on the detectives and officers that participated in the case. 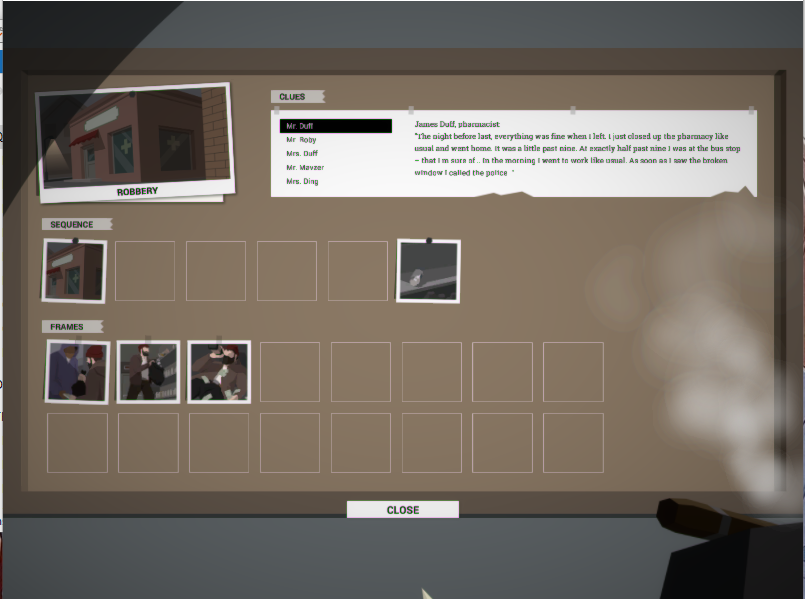 As you progress new mechanics will be introduced like the Mafia Wars where it’s up to you to help one of them to further your own goal. However you will need to balance their scores before three days otherwise Jack will be shot through his window, killing him and ending the game. Fortunately you are able to load earlier checkpoints and be given an opportunity to change your mistakes. 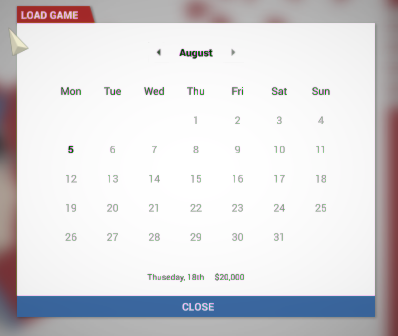 A fun game to waste your time to. I wasn’t particularly caught up with the narrative since I don’t think that you can have that much of an influence on the city of Freeburg with your choices, but I found managing my own police station to be quite a fun experience. I recommend this to people who like management games and like the theme of a gritty police story.

Rate this article Police! ~This is the Police~

Police~Police
The only rule to drive any vehicle here is;
"watch out for the cops"

i dont have this game

I tried to come up with some decent pun but I just failed. :(