Exploration games and quiet games are not the thing that is lacking in the video game arena. Independent developers are taking a lot more time to talk about this type of game, relying heavily on a simple and simple control mechanism that makes them experiment even if their resources are low. Simple players were able to draw our attention when we had the chance to experience the demo earlier this year, and by releasing the game it was time to fly again with the cute Lumini and try to save and restore the planet.
After the advent of the adventure in the world of the game you control a flock of colored Lumini, control is easy and simple and the developer was able to convey to the player the sense of control of a squadron moves each object separately from the rest, but during the movement of the whole squadron there is a sense of harmony and consistency in the movement accompanied by a sense of smooth control , And the delay in the response I noticed in the demo disappeared. 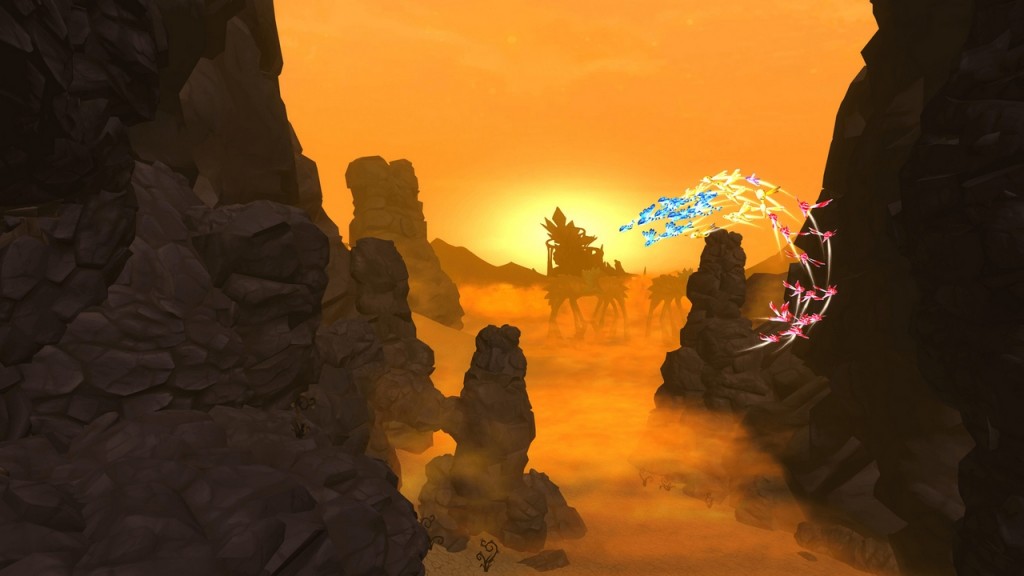 You have full freedom to use your keyboard to play, but playing with the control hand is the most appropriate choice. It is not a matter of preference. The colors of the objects are yellow, red and blue. These are the colors of the Xbox controls and it will be easy for you to control the swarm. The blue objects have the ability to accelerate, yellow to pick up energy balls and red to launch a wave to attack the enemies, and keep you as players quickly switch between objects to move m And good luck that the control is good in a way that makes control of the swarm and switch between objects beautiful.

Sometimes, to solve some simple puzzles, you have to divide the squadron into two small ones, controlling one of them with the right analog stick and the other with the other stick. Talking about the puzzles is very simple and consists mostly of two things, dividing the squadron and directing part of it to a certain opening key to allow the other squadron to pass to the other side, The puzzles are not the thing that will keep you stuck in your place for hours. In fact, there is nothing to keep you stuck in the game since the puzzles are easy and the main goal is to experience a different experience and so it has a similarity to the way it is solved. 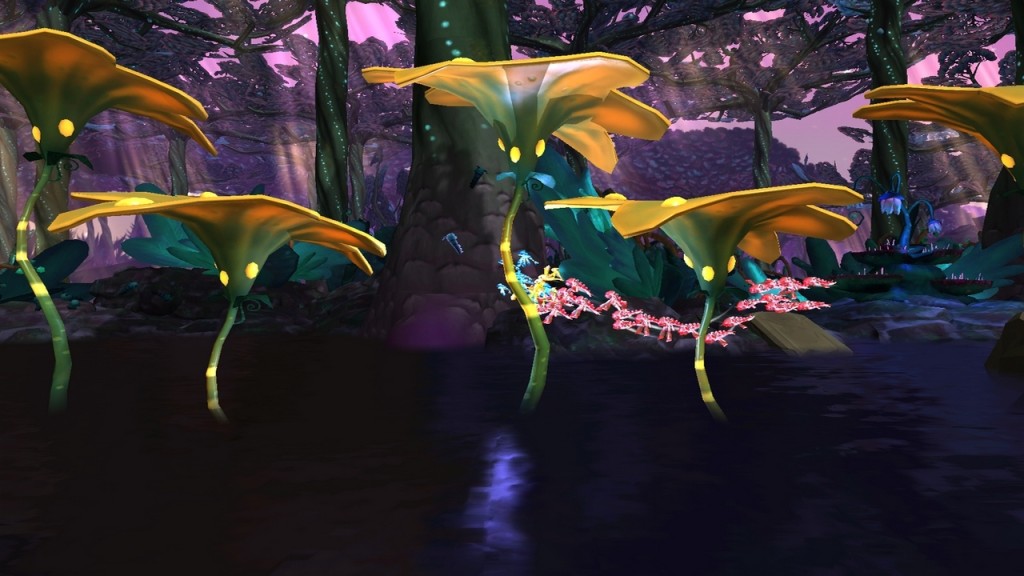 There is no power meter or anything on the screen. The damage is directly on the squadron. If you hit an enemy enemy in the environment, it will kill the object that hit it in your squadron, which means that you will not die unless you have suffered great harm from enemies. For energy balls, you make the squadron larger if you reach certain points where these colored objects come out in a number determined by the number of balls you have collected in the environment. Even if the game is linear, it has some secondary roads through which you can pass energy balls or get some graphics Technical activation of some crystals In the world, as you can call you a new form For your objects if you are curious adequately.

The technical touch in the game is beautiful, and even if the graphics are medium-level, but that does not affect the game significantly, I may have liked to see a greater diversity in the world made up mainly of blue and its branches mostly, but I am satisfied with the form in which the game and the developer tried The music was also one of the beautiful things that accompanied me during my experience of the demo, and I can say after getting the full game that music is one of the greatest strengths of this small and timid title, and I will not forget before I finish to talk about Some effects are not tinged But it adds a nice touch to the game, for example falling leaves when you touch them, or lighting the crystals in the environment if you passed by them, and other things like this easy to observe. 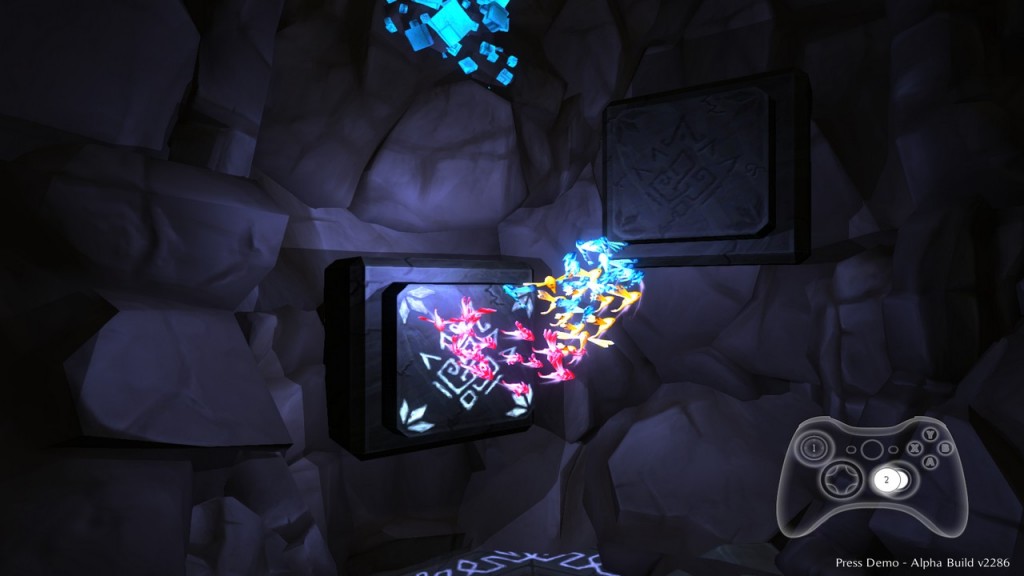 Lumini is never a huge game, and it is not the game that will get very popular among the Indie games, but it has been able to offer an experience that says "yes this is a properly designed game" may be short with an hour and a half to two hours of play, Real defects spoil the experience.