Currently, this is an Early Access game, where you and some settlers arrive on new land and bring new life to it. Does this game have high potential or not? Let's find out.

The game starts out with a new world, and like any decent sandbox game, you can be whoever you want. There's nothing that tells you what you can and can't become, keeping in mind that your actions will have consequences. You start on a boat, along with other settlers, and quickly arrive on land with a map and certain items, depending on the starting perks you've chosen for your character. Let's say Novice Swordsman is one of the perks you've chosen, then you start with a decent sword. The world you've arrived in is also randomized.

As soon as you arrive, your fellow settlers immediatly start walking the land and each going their own way. Some will wander around looking for a settlement (which won't exist yet) and some will start a settlement nearby. You may choose what you're going to do: Will you follow the large group of settlers, will you join someone's settlement, or will you create your own? You can be part of any settlement and build where and whatever you like, so you don't have to make any large decisions. You can also choose to wander the land, camping everywhere and hunting the wildlife, but be careful of wolves and bears. Or you can become a farmer, blacksmith, or a bandit, or all of them eventually. It all depends on the perks you've chosen. 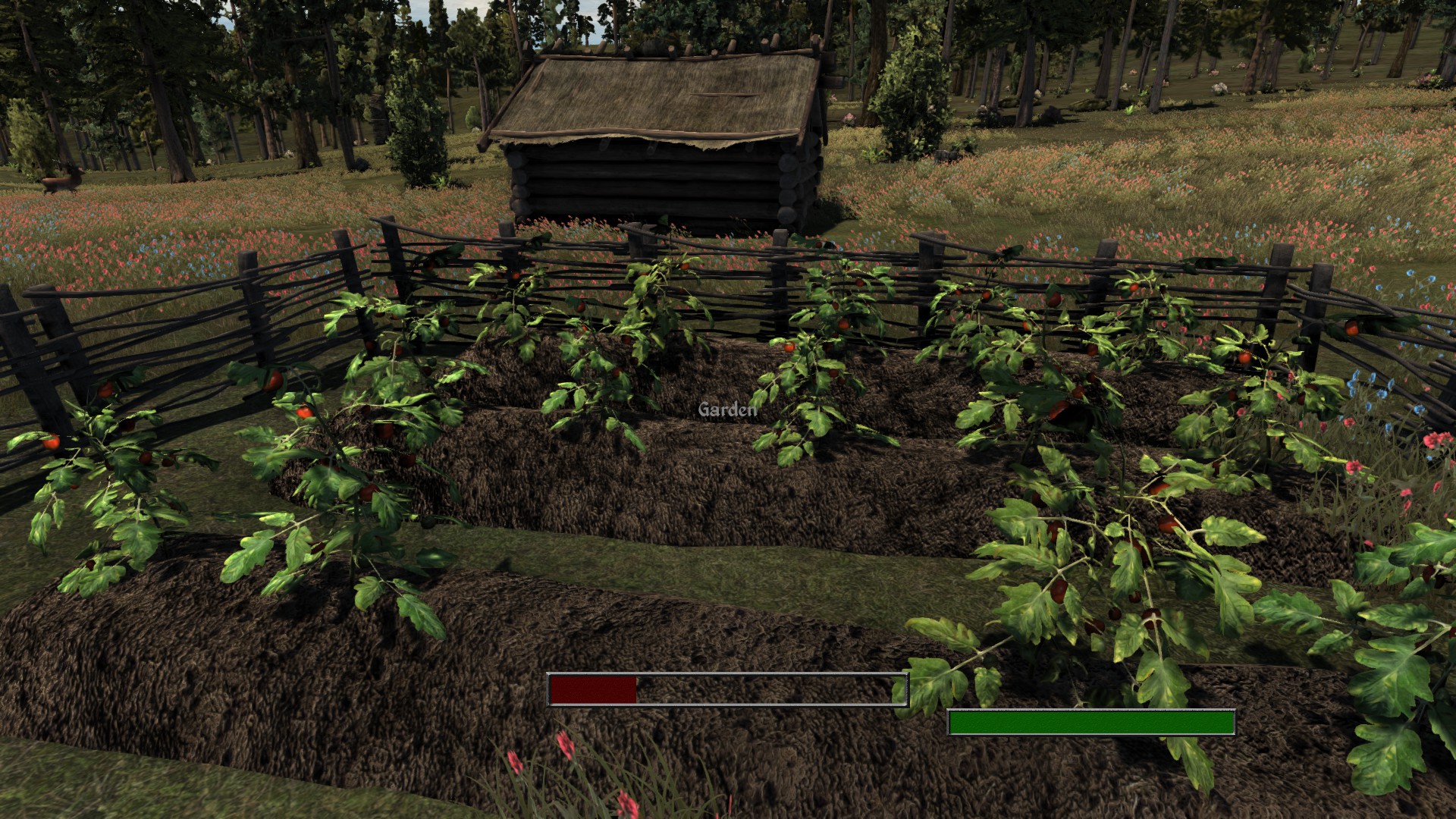 Your starting perks aren't the perks you'll get. As you keep doing things (like farming, foraging, chopping, mining, building, ...), you earn experience points. When you have enough to level up, you get 10 points, which can be used to unlock a new perk. In order to unlock a new perk, you must find a settler who has the perk you want unlocked, so they can teach it to you. Keep in mind that some perks require alot of points, so make sure you won't regret it. There is no level cap yet, but the higher your level is, the longer it will take for you to level up again.

Settlers will also work in your world. They'll start making houses, taverns, and stores. You can choose to help them if they want the help, and doing so will give you a good reputation, as well experience and gold. Gold can be used to buy things from shops and you can always sell your stuff. You can also build your own shop and now the tables are turned: Remember how in every RPG, you can sell all your junk to a single shop, and they will always accept your trades, even if they go bankrupt? Well, your shop will sell your junk to others, but will also buy everything settlers will sell to the store.

As stated earlier, there are alot more things coming. One of those, is a politic system and laws. Currently, when a settlement is created, a road will be made to that settlement and leads to one or two others. That is the only relation between towns at the moment. This system will allow you to make friends or enemies with other settlements, that may eventually lead to wars, where you must gather an army of soldiers to defend your town and its citizens, or fight back and claim their town. This is just an average idea of how it will look, but it will be a little more complicated than that. 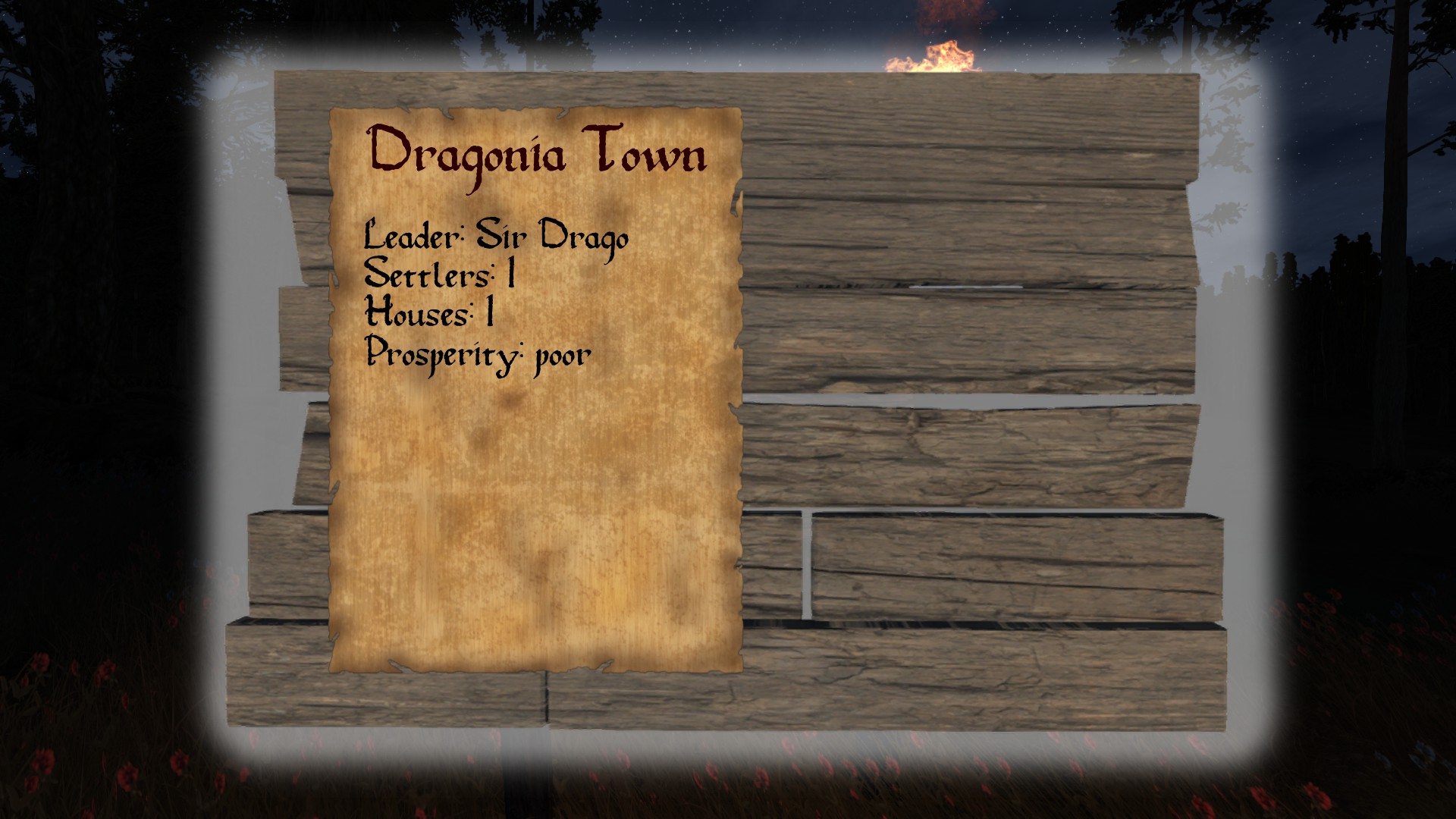 Another thing that comes is a family system, where you'll be able to mary and have kids. You can also have pets and ways to tame animals and use to improve your farm, town, or to give your family the luxurious foods they deserve. And just like the politics system, you'll be able to make enemies. Keep in mind however, that you can't just kill anyone you dislike. Unless they're bandits, then there's no problem. Or if you're a bandit and don't care about another innocent person dying today.

And then there's also the multiplayer aspect. When the game gets fully released, people could host a server for others to join, as well as a coop mode for friends to play together, without being bothered by thousands of other random players. This feature will take alot more time of course, as there are many things needed to look into, like:

Will these be the rules for multiplayer, or will players be able to change these rules to their likings? There's alot more variables that need to be taken into consideration as well. For the time being, we wait and see.

The game is nice time killer, but is still unfinished and tends to get boring rather quickly. You can find joy in taking over towns, but once you have a sword and some armor, all you need to do, is kill the leader, who casually walks around and nobody will come to his aid when you try to kill him. Combat is also simple and while you can already gather an army to fight for you, there's not alot you can do with it yet.

Levelling up will become tedious rather quick. You make progress the longer you play, but at some point, you will feel like you're grinding for levels, rather than doing certain things because they need to be done. Money on the other is far from being a grind. It's not difficult to earn alot of money and there isn't much to spend money on. Later on you'll have to pay your soldiers and town guards, but for the time being, all you can do with money, is buy food or wood whenever you don't feel like doing the work to get those resources.

But with everything that's planned, this game can easily become the next Mount & Blade, where you can step off your warhorse wherever you want to live the live of a simple worker.The game still has a way to go to get there, and there's only one man working on it, but you have to give him credit for that what he has already created. Lovers of sandbox, survival, and simulator games can already find joy in this game.

I love to have this one.

It seems like a good game :D , maybe I will buy it.
Thank you for the review, is was usefull.
Keep it on like this :D

Levelling up will become tedious rather quick. You make progress the longer you play, but at some point, you will feel like you're grinding for levels, rather than doing certain things because they need to be done.

I already wishlisted this game.

Man I got real excited and hyped for the sheer potential this game had...it has died down a bit as I realised that these things take time...still waiting though, and I really look forward to what the devs put out into this game.

Noobda, this game does cost €9,99 but something that's about to rival Mount & Blade, that's a good price. And it may even go up in the future.