The Kingdom Hearts series has always suffered from a frenzy of split on several generations of the platform, which prevented a good part of the team from getting to know the full story of Square Enix and Dinsney's success. Still, things improved over the years with the release of the HD collection 1.5 and 2.5, and the last was by the release of the HD 2.8 Final Chapter Prologue, which was covered by Kingdom Hearts 3D: Dream Drop Distance, Kingdom Hearts χ and added a new part of the story to Kingdom Hearts 0.2: Birth by Sleep - A Fragmentary Passage. So in this text you are actually getting, not one, not two, (now you are dramatically waiting) than three reviews in one!

Kingdom Hearts 3D: Dream Drop Distance came out in 2012 for 3DS, and in the new re-launch he took graphic stereoids, increasing the resolution, achieving stable framerate and improving textures. Additionally, there is progress in controlling and moving, as it is a bit farther away from the 3DS version and better to follow the course of the fight, while thanks to the abolition of the touch command and switching to a number of physical keys, it becomes more fluid. 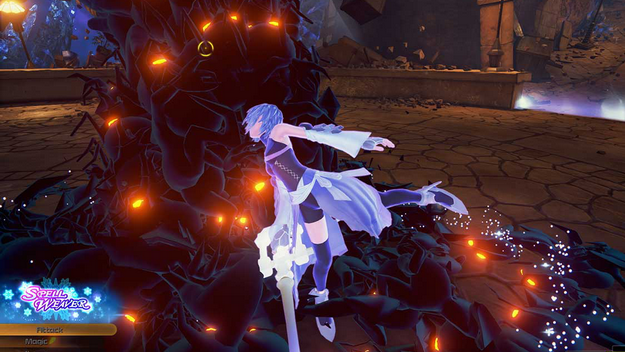 As for the rest, there are still the same stories, mechanics and characters. We will find ourselves in the skin of Sore and Rikua, who in alternative realities try to solve the exam as preparation for the final fight against Master Xehanor. The whole plot is slightly edited in epic proportions, it seems quite scattered and throws us from one dialogue to another without a fine stream.

On the other hand, the fight is as fun as the first time, with the ability to enter the fast movement by refusing from the wall, and adding the set of commands through the cards we place on our own. There is also a Drop system, where after a certain period of time, management shifts from one character to another, which initially seems like a good concept, but in the long run this can be very tiring. There is a little bit of the option to call Dream Eaters on our side, as it leaves the feeling that Square Enix wanted to bite a small piece of Pokemon cake by inserting this element into a popular series. 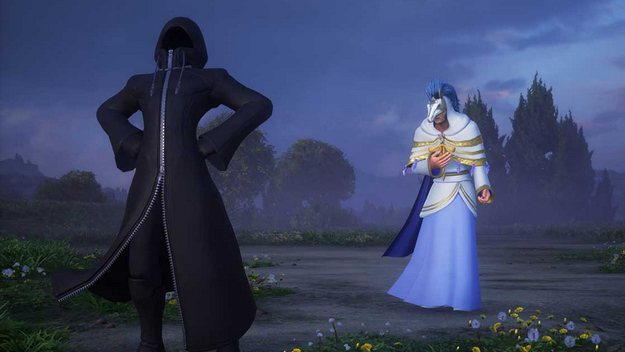 Kingdom Hearts χ (this X is read as Chi) Back Cover is an animated movie based on the action of the Kingdom Hearts χ browser game. The film consists of a series of scenes that are here to explain the action of this little game in short lines, because we are realistic, no one wants to play the browser's original. As far as film quality is concerned, there is a noticeable lack of investment in voice and recording logic, which is why the film with crossings between the scene at a time seems to have been a high school student who first discovered Movie Maker. The story is interesting enough for the fans of the series, but if this is your first game in the series, you can skip the movie because you'll be more confused than you're in.

Kingdom Hearts Back Back Cover is an animated movie that at times seems like a high school student who was first discovered by Movie Maker.

The third and perhaps most important part of the package is a completely new segment called Kingdom Hearts 0.2: Birth by Sleep - A Fragmentary Passage, and serves as a great introduction to the upcoming full-blooded third series, as both share a similar time period and the same Unreal 4 engine. What is visible at the very beginning is that the Square Enix team is still struggling with this launcher, which is especially noticeable for the number of frames per second for a variety of effects on the screen. Nevertheless, I must admit by the way that everything else looks so beautiful, from interesting locations, great variety of special effects in combat, and in general characters that never looked better. When we are with the characters, just to mention that we are taking over the role of Aquae, one of the favorite characters of the series. 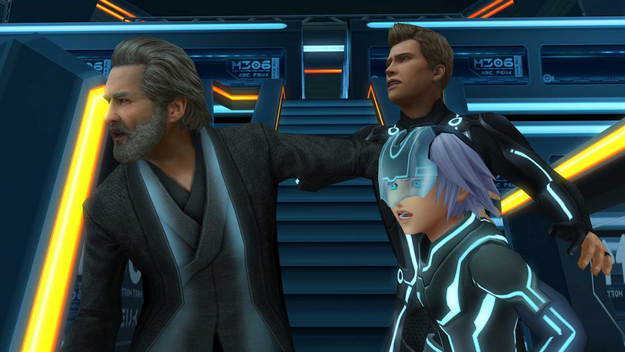 Some completely new features have been introduced, such as filling a special gauge, and later using special attacks depending on our fighting style. For example, if you are fighting an enemy who is weak on ice and you are constantly using that attack, once you receive a special attack, your character will perform a super-mega enhanced version of that ice attack. In addition, there is also a new Shotlock system that slows down the time and allows us to choose more of the opponents we will attack in one huge combo.

The third and most important part of the package is a new segment called Kingdom Hearts 0.2: Birth by Sleep - A Fragmentary Passage, and serves as a great introduction to the upcoming third part.

The impact of Nomura on the 0.2 continuation is visible, as it is one of the main gameplay and the accomplishment of various tasks to open new cloths and to change our character. All this will attract the fans of the series, but when they get warm, they will receive final credits; 0.2 takes about three hours and I feel that most fans will not be overly happy with the length. This eventually dropped more like a demo of upcoming drums in this bundle and it has increased my trepidation for me instead of flying. 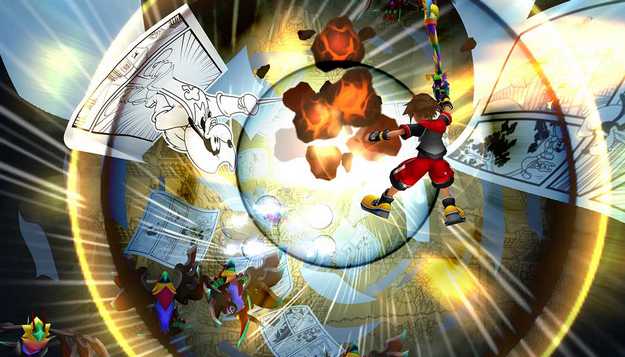 This package generally leaves a sweet-bitter feeling on the controller. Each piece has its own shortcomings, with a short version of 0.2, a bit of a bad story in 3D and a criminal badly fitting the movie. Fans of the series will surely buy this, so it is unnecessary to address them at all.

Nice game, keep it up

it isin a veryin interesting game

Wow, nice u wrote it! and this is so educational. I appreciate this. Please continue with this.

I wish this game's story wasn't all over the place

it isin a veryin interesting game

One of the best games in the world, nice job