Jurassic World Evolution belongs to theme park simulators where you not only care about people but dinosaurs too. Planning, building, and creating a variety of dinosaur populations carries their challenges that when you overcome them,you start earning income and everything comes down to creating as many different species in a limited area.Technically, there are six islands, but the last one belongs to the sandbox category. On these islands you take the role of a manager who must satisfy the dinosaurs and the visitors of the parks, because if only one group is dissatisfied, the money will not fall into  your cash register. To succeed in this business, you will need to engage your imagination, and begin to generate earnings by long-vanished species.
Dinosaurs as dinosaurs are not dangerous until they are disturbed, either in the lack of housing, lack of forest or lack of socialization. For those masochists who like to see how carnivore kills people, here it is possible to that. Moreover, sometimes you are in situation to do such action, but it never ends well for the player. At least when it comes for generating earnings. Namely, the number of people in the park dictates the variety of dinosaurs, the greater the number of visitors will increase the earnings per minute ... that are the basics of economics.

The tutorial is mandatory because the first island serves to get acquainted with all the major elements in the game. This includes buildings, electricity, exploration, digging the fossils and other elements. On the management side of the game, its not so complicated because you do not have to worry too much about things and also everything can be solved with a click or two and then you observe the profit. It can be said that there is a good balance between the care of dinosaurs and the worries for visitors.In order for the game to be more entertaining, in addition to selling the tickets, the dollars income from the science, entertainment and security division contracts. In addition, a larger number of contracts are realized for each division, an additional earnings are also generated by the reputation and you receive the form of new buildings or items for research and upgrade. But, there is a thing whose logic does not hold water because if you work for the same company, the goal for all employees is to increase profits.This is not the case either, because the performance of a division for a division raises its reputation, while the other two is decreasing. When the jealousy from the division without reputation becomes too big, they will sabotage you in the form of for exampe cut your power off, which can cause problems in the park. This is a well-conceived concept that should influence the contracts we take, because each has a variety of money to execute. In practice, if you want to pick a prize first from a division, the "punishment" is not so significant that you should take all three into account when managing a park.What is more important for advancing through this dinosaur adventure is the old number that opens the way to the new island. Their earnings are measured by how much visitors are happy with the infrastructure in the park and more importantly - how many different dinosaurs can be seen before spending money on additional things. Infrastructure is not such a problem because they are no attractions as attractions, it is important to make a good coverage of the places where visitors are watching dinosaurs and then set up the content they are looking for. 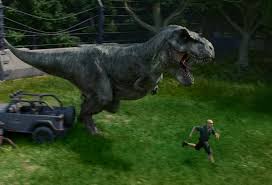 On the other hand, it is much harder to plan the size of a dwelling that ideally should contain more species because the space is mostly limited. They just differ. Some are bigger, some are smaller, on some storms are a lot more frequently, and somewhere they have to go with big investments to start earning money. As can be assumed, everywhere you need to establish a chain that will fill your bank account, and then think about how to get all five stars on the island as an ultimate challenge.In addition to standard contracts, each of the divisions has a special mission on each island. This is mostly a series of tasks and they can be a bit more complicated where needed besides planning, investing enough money to make. Of course, financially later, it pays of, because dinosaurs are always in the foreground. It is precisely in one mission that demands the opening of flats in order to test the reaction of our team responsible for capturing the dinosaurs. It is a positive thing that their execution can always be postponed, so it is possible to gradually plan how the park will develop.When it comes to development, dinosaurs can also be genetically improved through various "augmentations". Whether it will be visual, defensive or aggressive remains on us, this is also one of the elements that will affect how visitors will evaluate the dinosaur's offer. Imagine the T-Rex with aggressive upgrades and then put it among the herbivores. Chaos and panic will appear, and the ultimate result of this experiment is clear to everyone.You need to have a good imagination in these parts. Each dinosaur has its own needs that can not be known until they are exhibited. It should be mentioned that their release is fantastic, because the size and the size of a manager game seems more than decent. Their needs should also pay attention, because if they panic all the time, then they will break the fence, so they should calm down and you should hope that no one will get hurt ... On the management side this is nightmare, on fun side its interesting to watch. 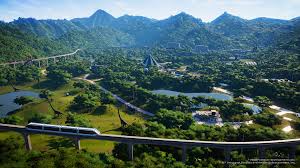 Still, when you look closely at the game, it's an interesting title that might not have been licensed because the stars from current and past movies appearing with advices do not affect too much of the presentation. The fans of this genre will have fun during planning, building, and creating dinosaurs.Somehow it remains to think how this game laid the foundation, the second part of the game could be the really good.

Really epic work! I can tell you put a lot of work and effort into this. Though because of it being so long it becomes a little boring towards the end. So to fix this, i would reccomed you to add more photos/emojis/ colour as they would sprucen up your article alot more! Another this is the photo. Its not very high reselution and it dosent look very wanting to be clicked, as most JW stuff will use that photo as a photo.

Anyway keep up the good work!