Rate this article "I hope you have no anger management issues..."

I hope you have no anger management issues...

“Dark Souls is hard”. A phrase that all gamers know by heart. However, only those who have tried the game truly comprehend this phrase. Those who haven’t and decide to take it on think to themselves: “I mean, sure, it doesn’t look that easy, but it can’t be too hard, can it?” Well, yes, actually. It can, and it is. Trust me, everyone who says it is difficult aren’t just saying it because they’re complete noobs, even if they are.

This game is, as you’ve probably heard before, pretty unforgiving. The smallest mistake can be fatal at times, particularly during fights with powerful foes. Oh, and don’t expect the AI enemies to be dumb or to give you some time to collect yourself after each attack: you have to be ready to dodge or block at any time. Besides, it’s not even like you can change the difficulty of your game if you find it too challenging. In Dark Souls, there is only one difficulty: extreme. Even the weakest of enemies can become problematic if you don’t take them seriously, especially when you take them on in large numbers. No matter how badly equipped your enemies may seem, try to fight them one at a time if you can, particularly if you’re prone to controller-shattering fits of rage. Of course, we’re not even talking about PvP here. 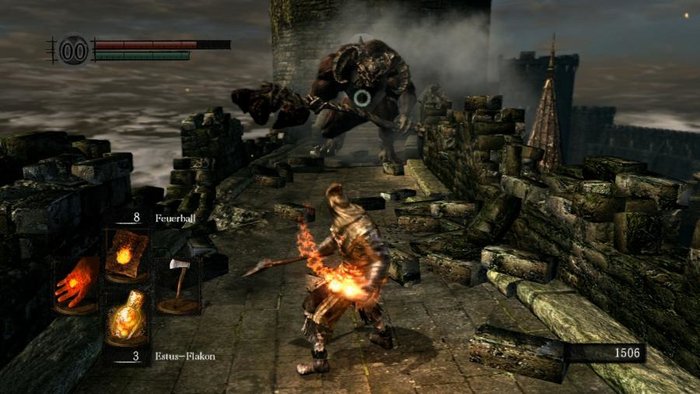 Regardless of how difficult this game is, it’s tremendous fun. It’s one of those games that frustrate you immensely while you play it, but which you constantly want to play when you’re not. The game, although just as challenging at each stage, demands different styles of combat at certain points. Your enemies can be hectic and brutally aggressive, or patient and calculated. Each will require a particular way of handling them, which will ensure that you will never get bored of the combat. Not only that, but they can be too strong for your shield, meaning that you have to dodge. You may recognize a particular meme related to this, the one where you’re constantly rolling around. Yeah, that meme. Against powerful enemies or bosses, you’ll be doing much more rolling and blocking (but against bosses it’ll be mostly rolling) than actually striking them. You can understand that there’s a lot more tactical gameplay and good timing needed than you would expect of such a game.

What’s that? The story? Well, don’t ask. Nobody understands what’s going on in Dark Souls. You’re basically just killing whoever gets in your way, since you assume that your character knows more or less what they’re doing. 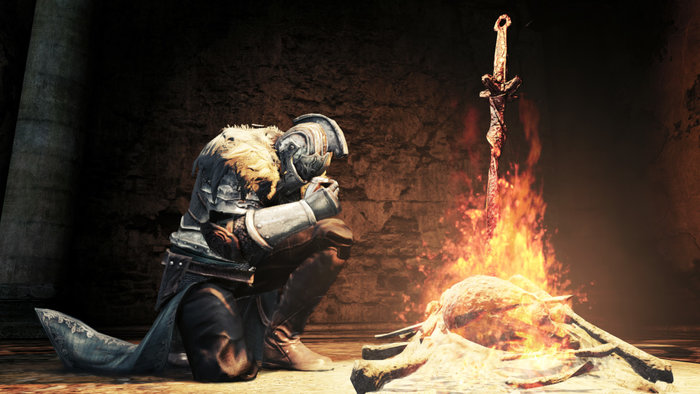 The game also sets a pretty moody tone. The game even gets to the point where it’s depressing, making you really feel like a world where undead are the norm and all the buildings are big and imposing, but dark and dull, and somewhat ominous. The game can get a bit creepy in dark, cramped areas, making you more terrified than most horror games on the market nowadays. The little music this game has doesn’t help comfort you either, and the music during boss battles is intense and adds more pressure onto you, making you feel more intimidated by your opponent. Couple that with the fact that the slightest mistake can be fatal and you have yourself a nerve-wrecking fight to go through. Keep in mind however that people who say “Dark Souls is hard but not unfair” aren’t lying. The game may be difficult, but it rewards you for playing right. If you get used to the game’s mechanics, you can totally master it. This isn’t a game where you can’t fight any enemies that are out of your league: here, if you’re good enough, you can go through a boss fight without taking any damage at all. Trust me, it’s very possible. 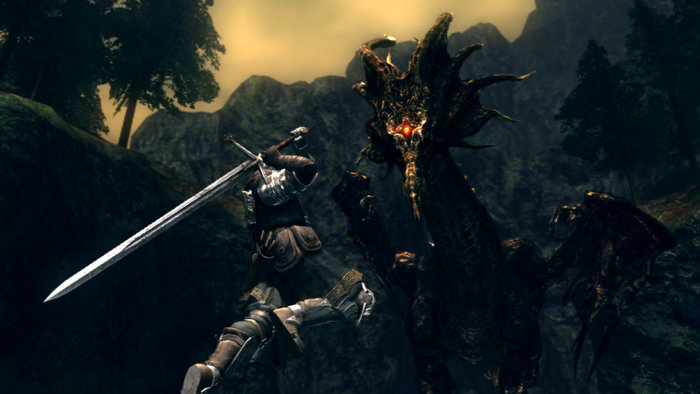 In conclusion, I think this game does indeed deserve to be named one of the best of all time. Not only does it perfectly balance several types of combat, it still allows you to retain a certain freedom in customizing your character and choosing the build that fits your playstyle best. All in all, if you haven’t tried Dark Souls, prepare to be amazed, but also to die an awful lot and possibly be put on suicide watch.

Rate this article I hope you have no anger management issues...

i get anger when playing with other people and they make me lose the game , but never on solo games even if the game is hard like ds or sekiro i manage to keep going even after trying for days , and yeah dark souls is one of the hardest games ever made thanks for writting about it

hard game but after finish it, you will feel a sense of satisfaction

Nice article
the game is cool too