Introduction:
Have you ever wanted to develop a game of your own? Becoming the next big game company? Making millions upon millions of dollars? While in real life that would be very hard to pull off, you can do it virtually right now in Game Dev Studio! Let's dive into what this game is all about!

From the Main Menu, you have the option to start a new game and you are presented with many game modes. Let's briefly go over all of them. 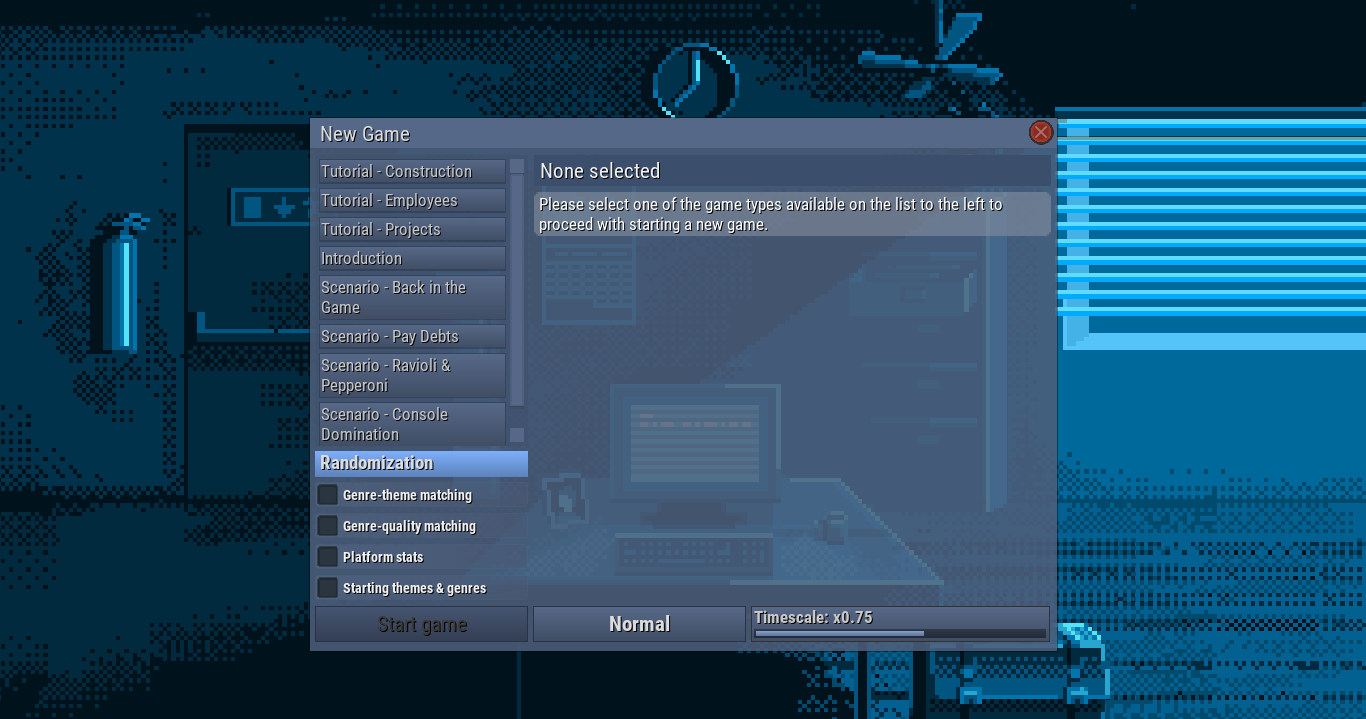 Before starting your game, you have the ability to create a custom character to actually use in the game. There are 4 main aspects, the appearance, attributes, traits, and interests. 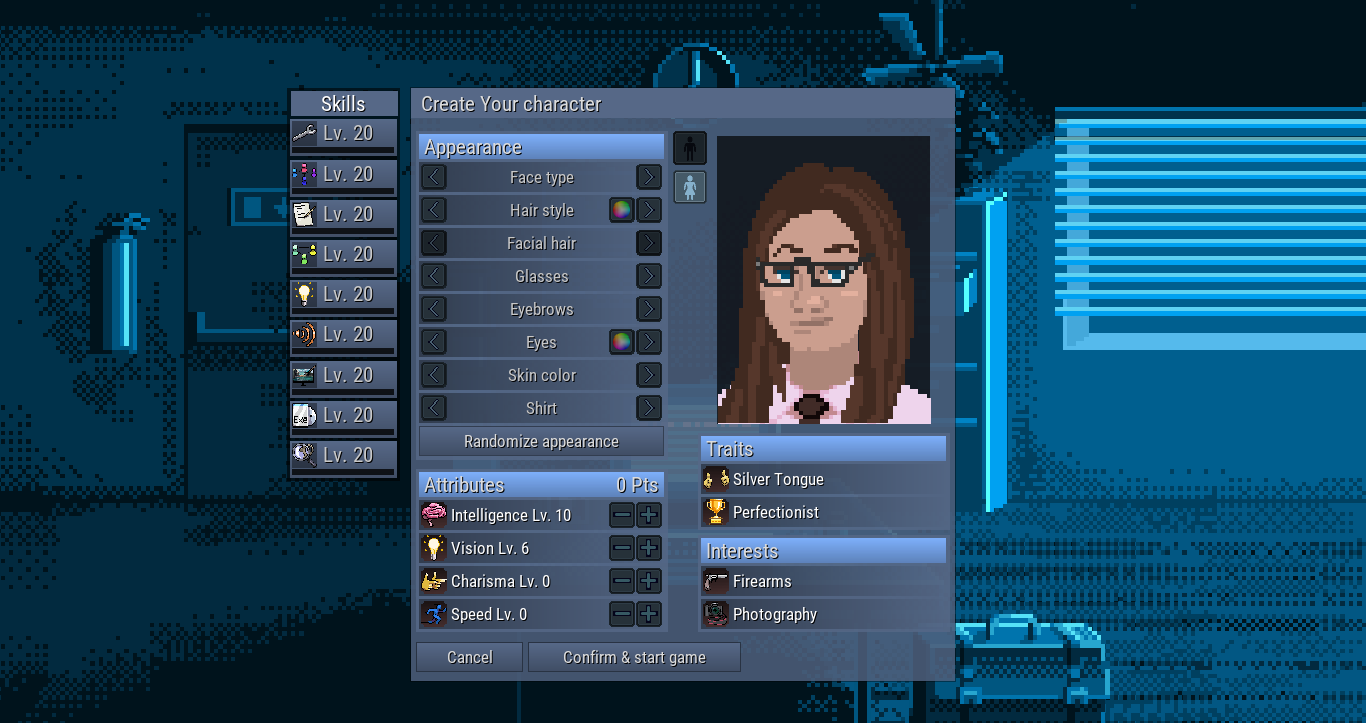 Even though you won't actually see your character's appearance much in-game, you still have the ability to control what it looks like from face type, hair style and color, the looks of the eyebrows, to eye looks and color. If you don't really care what your character looks like, you can always click the button "Randomize Appearance" to make the character’s looks random.

There are 4 major attributes that affect your speed in certain aspects of developing a game and managing your team. There is Intelligence, Vision, Charisma, and Speed. Each attribute has 10 levels, and you start out with 16 points to spend on attributes. Throughout the game, you’ll get more attribute points.

There are lots of Interests you can assign to your character. These include interests in Medieval Fighting, Guns, Stealth, and more. They contribute to certain types and certain aspects of the games you create. 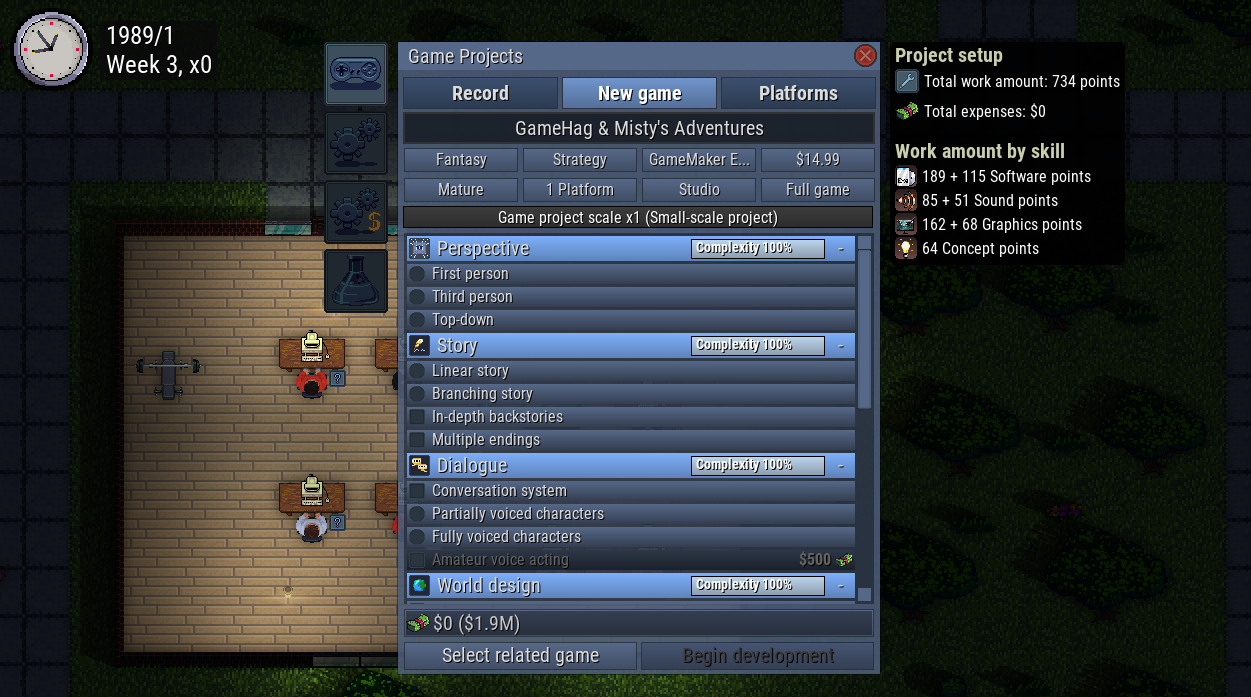 The basic goal of the game is to develop games and create a strong team of employees. To create a game, you’ll first need to get a Game Engine. You can either buy or develop your own Game Engine. After developing your Game Engine, you can even sell it to gain some extra cash!

You can control pretty much every aspect of a game. You can set its price, its target audiences, and even its title. Note that the theme and genre of the game and how well they combine with each other, as well if any one of them is trending or not,  will impact the amount of sales you will get. Later in the game, you can even have a sub-genre for your game.

There are 3 primary stages of a game’s development cycle: the Concept stage, Development Stage, and Polishing Stage. You can release a game after completing only the first 2 stages, but it’s highly recommended to complete the polishing stage. At some point, you have to announce a game and then advertise it (which is quite expensive), which is critical to a game’s success.

After completing a game, you can also release a sequel or an expansion pack to the game. Creating a good game will also add to the reputation of the company.

There are also rivals you have to worry about in this game. Both you and your rival have to ability to steal employees from each other’s companies, as well as writing slanderous articles about each other. If you are caught writing a slanderous article, your reputation will lower and you can even be taken to court.

There are lots of other aspects to this game I would love to talk about, but that would make this article even longer than it is already. Happy virtual game developing! 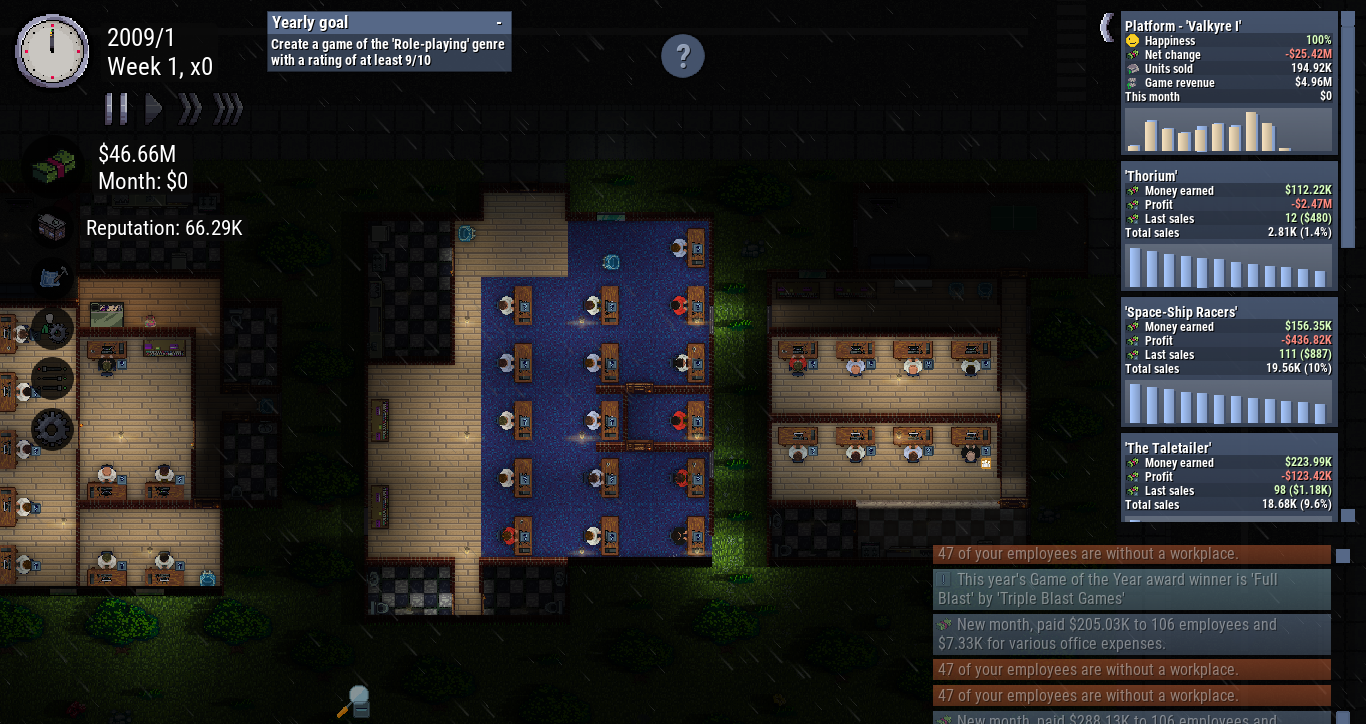 you can't be able to stop playing