On this day, exactly 21 years ago, the first Fallout series appeared, but in a much different edition than what Fallout today represents.

Fallout emerged as the spiritual successor of Wastelanda in 1988, a game that took on a specific type of black humor, but also a pessimistic vision of the future. The product of the Interplay Production at the time, the player warned in the introduction that the war never changes, and even though the Earth was devastated after the US and China's nuclear confrontation in 2077, the mentality of civilization remained the same and survived quickly entering new conflicts. 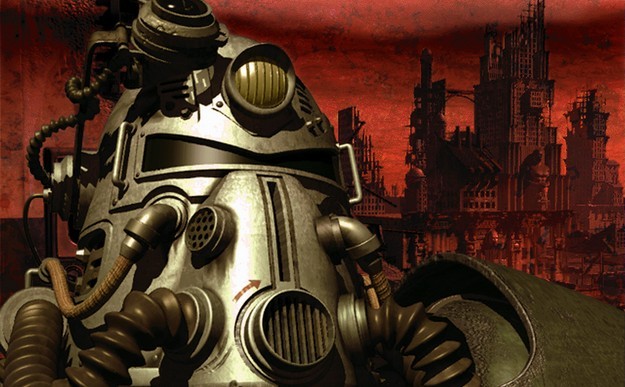 Fallout was an RPG game with an isometric camera in which the fight took place. At first the Interplay title should be based on the role-playing rule system called GURPS (Generic Universal Role Playing System). The working names of the game were also GURPS: Wasteland and Vault 13: A GURPS Post-Nuclear Adventure.

However, the collaboration of the development team and creators of GURPS was eventually discontinued due to disagreement and for Fallout a new system called SPECIAL was designed. This system attribute system (Stranght, Perception, Endurance, Charisma, Intelligence, Agility, Luck) remained the foundation of Fallout to this day.With the help of skills and tricks, SPECIAL offered a flexible and rich fiction that had a great impact on the gameplay itself. You could, for example, make a character that would hardly merge words into sentences, but who was so fortunate that certain situations would go to his benefit. By contrast, you could have made a genius who could not hit the gunman even when he was half a meter away from him, but he could hack all the robots.
Fallout was awarded excellent scores and sold in more than 600,000 copies. It was a modest result, but the beginning of something big. A year later, there was a direct resumption, bigger and bigger than the original. Fallout 2 also came out to this day and put us in the role of "Selected," the descendant of the Vault Dweller from the first game. The task was to find a device called GECK, but as usual, during the game we got involved in conflicts from which we could not leave. 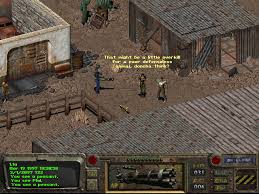 Fallout 2 did not change the gameplay basis of the previous game but enriched it with new motives and themes. The game was darker on issues such as slavery, prostitution and organized crime; which also reflected on the characters themselves. In your team you could recruit drug addicts, ex-commodities, robots, and radioactive "zombies". The control of the submarines was improved and you could give them instructions on how to behave in your vicinity and what equipment they would use.
Fallout 2 players have fallen even better than the original, and many fans still remember the day as the best part of the old Fallout, if not the best part of the whole series. I would personally say that this was accomplished primarily because of the tone of the game that was perfectly balanced between the tragic and the comic.

For example, you would come to San Francisco where the offspring of the Chinese aggressor came and their car was a computer. The rest of the population representing the "American" culture is hiding in the tanker and in the underground shelter where the members of the gold are residing (the obvious sprdnja in scienceology) whose two portraits are welcome.

Because of such unusual scenarios, Fallout has become extremely fond of its small fan base on the PC. Later, this series under Bethesdom turned into something else and found even greater success in the wider market, but many fans will agree that new games are more focused on mutilating and bandit-firing, and less on the irony of the consequences of the nuclear war on culture of the American nation.

Why they dont introduce fallout 1 & 2 into rewards i really want these games! please gamehag if you are reading this then do this

one of my best game i love it