Did you know that the first Dragon Ball video game was released in late 1986? Certainly, the adventures of Son Goku have been processed many times since then. This year's Dragon Ball Z: Kakarot (as its title implies) brings us the events of Dragon Ball Z, but not only the epic battles, we can also experience the adorable and funny daily lives of our characters.

The development team is the CyberConnect2, who created Naruto games too. The team‘s work can be recognized by the simplified combat system. No special punches, jumps, and kicks, the attack is limited to a single button, but the fights can be made more spectacular with special abilities and good defenses. The looks are powered by the Unreal engine, the characters, animations, and actions look awesome, but the tracks are quite bare and monotonous. They could have really put more energy into it - though there are some major locations and buildings that we can finally go through in 3D . On the musical front we can hear a lot of familiar tunes, it felt so good to hear them. I would skip the story, since anyone who knows Dragon Ball Z knows exactly what happens: how Gohan was trained, or Son Goku's revive, or perhaps Trunks's comeback from the future. By the way, the game is divided into several larger chapters, following faithfully the anime: After Piccolo, Vegeta, Frieza and Cell, we have to defeat Majin Buu in the final saga. In the meantime, as years pass, friends join us, and we continue to bump into new characters.
The initial missions will help you master control, combat system and gameplay, and after the first major bossfight (Goku + Piccolo vs. Raditz), the World Map will be available and literally the world will open. There are quite a few locations we can visit, and even our characters alternate, so although we can fly mainly with Goku at first, we can very quickly take control of Piccolo, Gohan, Vegeta, and later Trunks, Gotenks and Vegito. 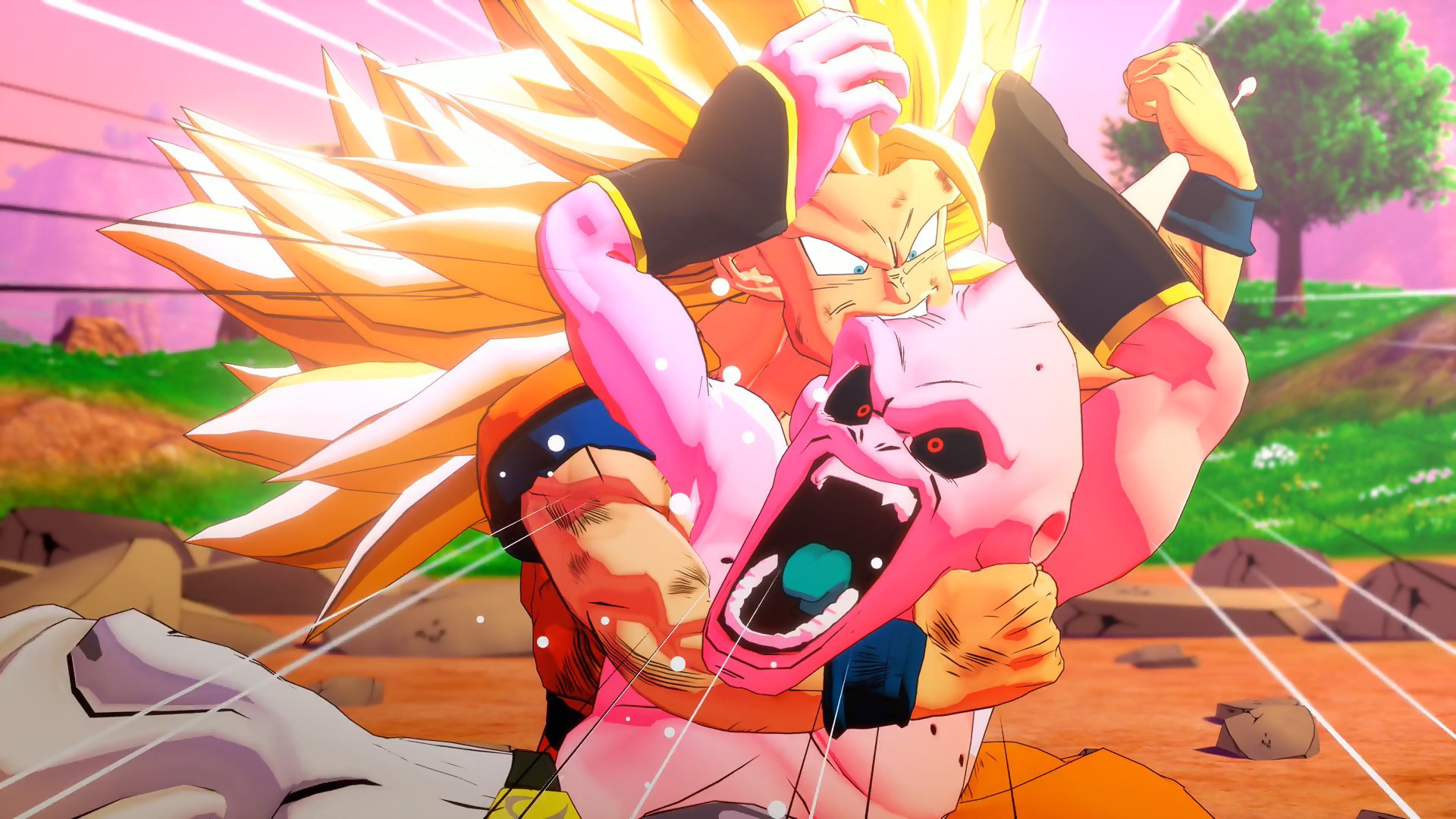 So nostalgia works absolutely right, but what about everything else? The control and combat system, as I said, is not too complicated, simply button smash, and it reminds me of the control in Dragon Ball Xenoverse games. You can get used to it soon. Despite its simplicity the fights are spectacular, because the developers used the exact fighting style what was seen in the anime. As the story progresses, there are iconic, enjoyable battles, and from the perspective of a lot of characters, we can experience their life-changing clashes. After battles and missions we receive EXP, and there is a very detailed skill tree where we can improve our character‘s special attacks. 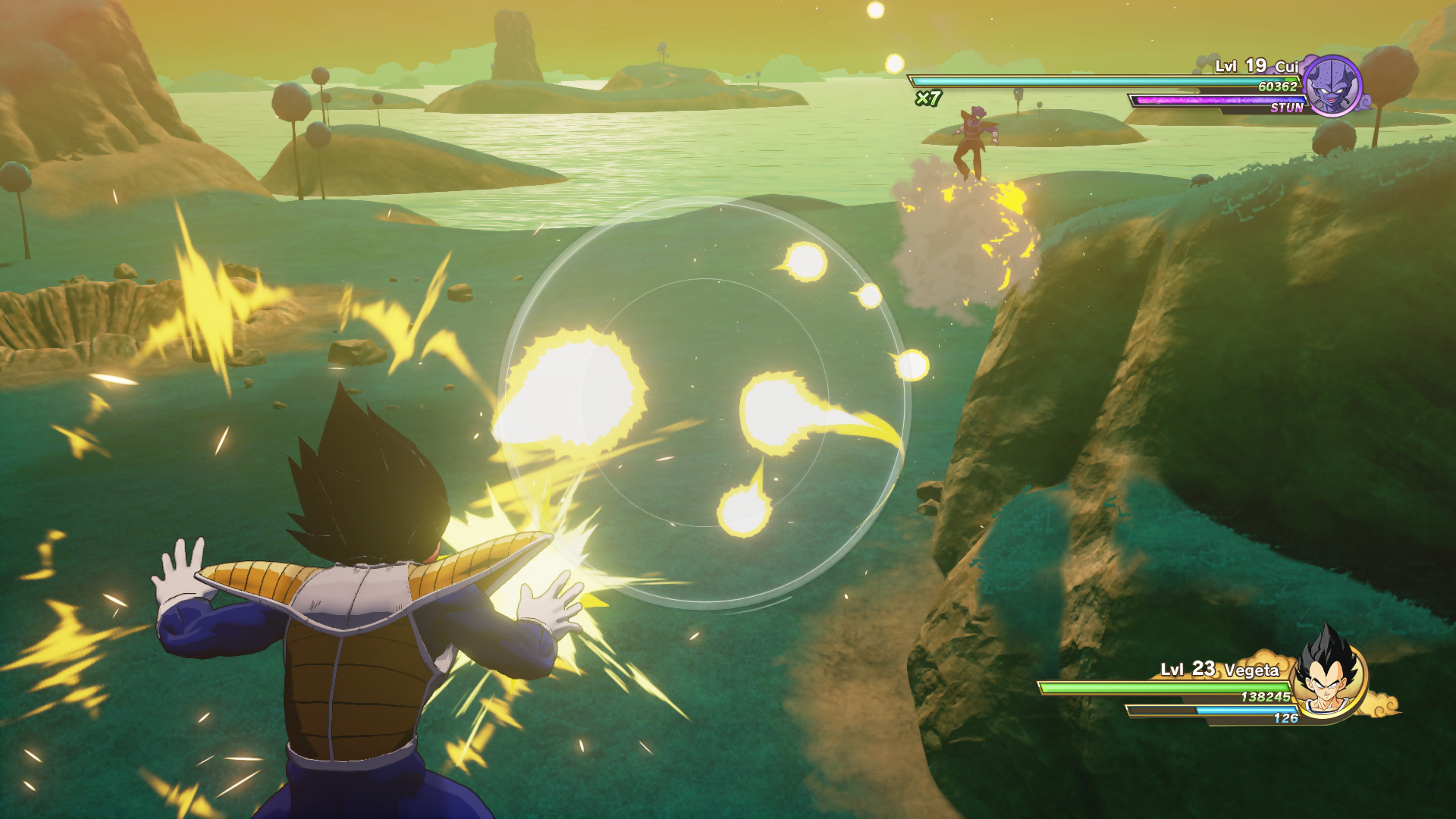 Fight is not everything...

While combat is an important part of the game, playtime will not be limited to beating others. There are plenty of collectibles, but we can even fish and cook if we wish. Of course, there is no need to overthink these, for example fishing is a simple quick time event, and you can immediately cook your fish at a nearby campfire. Consuming it will give you extra energy and special bonuses, but if you really want a gourmet meal, you might want to visit Chi-Chi, who can cook and pack more delicious food for us. Of course, we need to gather the ingredients for these. Different meals also give you different bonuses and boosters, so it may be worth filling your stomach before a harder battle. DBZ: Kakarot could not deny being an ARPG, many pointless mission, just like our first task: it will be to pick apples with our beloved little boy Gohan , and then fishing and fly. home(but at least not "baby-sitting" a goat like in The Witcher 3).

Between the main missions and chapters, you can also do "free-time" activities. In addition to the previously mentioned fishing, we can collect colorful Z Orbs, essential for leveling up, and recipes for Chi-Chi, solving missions, buying and selling stuff and food, and even looking for dragon balls scattered around the world - we can summon Shenron, the magic dragon, and then wish one.

The map is indeed very large, with several distinct areas that can be freely explored without any major performance issues, BUT, in return the game's loading time is very long. Perhaps the only place we can go in and out without a loading screen is Goku's house, and everywhere else the game will load for 15-20 seconds. It worsened the experience a bit, as well as the fact that despite the entire Dragon Ball Z story, at the Cell Saga, the game and the story starts to get boring, and unfortunately the filler episodes in the anime has become filler mission in the game. And this is the point where those who don’t know the series at all, or only just a little bit, can get tired of it. The battles are become monotonous, the cinematics are boring, and I wouldn't be surprised if most of you would stop playing at the half of the game. 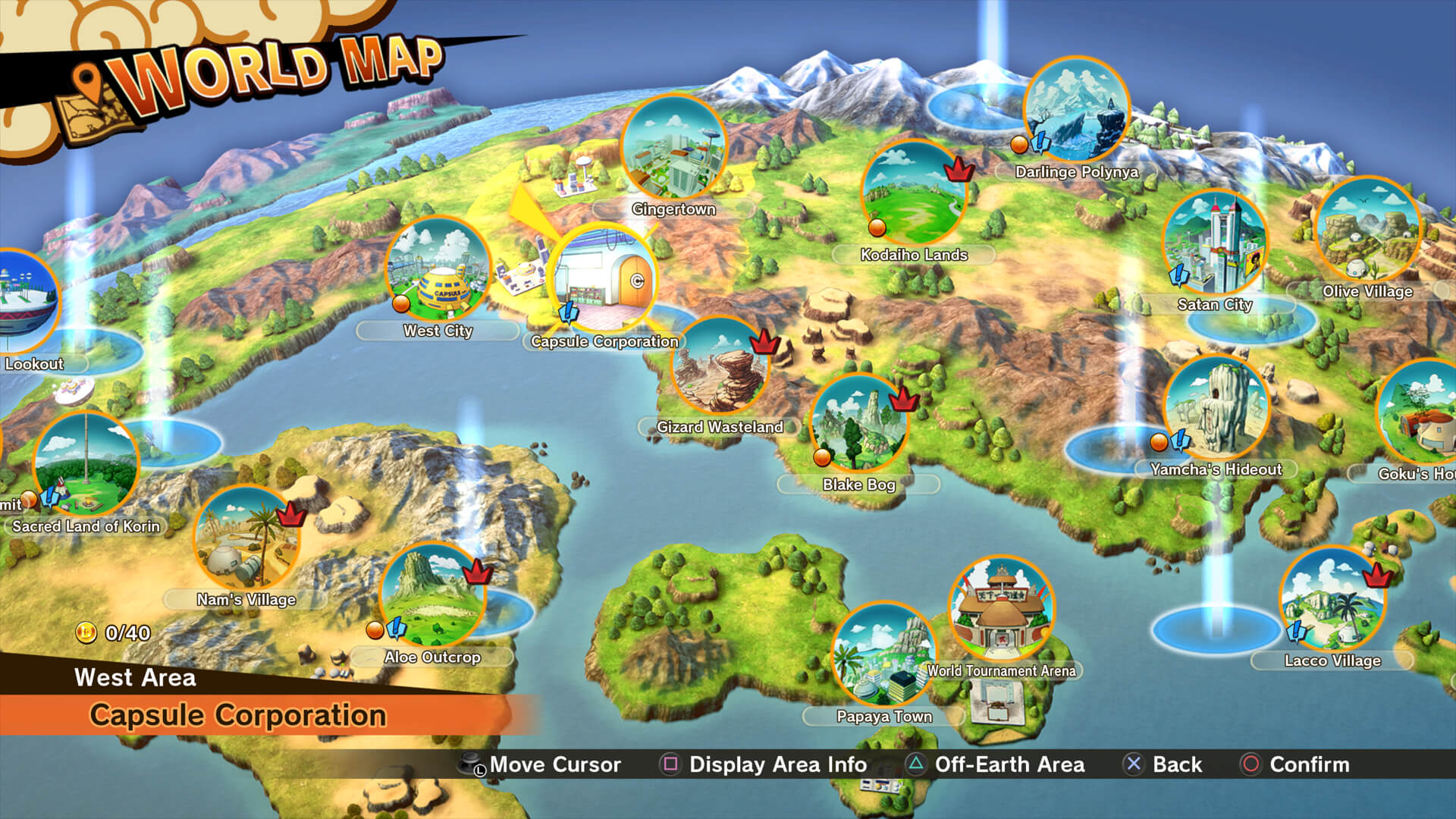 So the Dragon Ball Z:Kakarot became a divider. While fans will love every moment, newbies can quickly become bored. The open world part was not fully exploited either, and many more side activities could be packed into the program. Even though Season Pass is on its way, with it some extra story lines, but I don’t think we'll get too much new gameplay in the future. It was an experience for me to playthrough the well known events on the well known places. I repeatedly said with joy, "Yes, I remember that!", because the game really follows the anime events frame by frame, but I would lie if I said I didn't have to take longer breaks just because I just got tired into the constant fights. It would have been a great benefit for the game to have more varied main and side missions packed in, Unfortunately almost all of it ends with battles, and this is not very exciting in a 40-hour gameplay.

Of course the game is a „must have one“ for fans, but newbies in Dragon Ball world should consider buying it, because while open world style may be tempting, nobody should expect a world full of things to do like in The Witcher 3 or Red Dead Redemption 2.

I remember I rated this article! Congratulations on getting it poted.

planet namek is my favorite place in dragon ball ^v^

best name for an article. i a bit or no