Rate this article "Crossout game review (It's not a Pay to Win !)"

Crossout game review (It's not a Pay to Win !)

Crossout is a post-apocalyptic vehicular action combat MMO free-to-play game, developed by Targem Games and published by Gaijin Entertainment  in which you build terrifying vehicles in your garage from parts and add weapons on them. Game has  PvP and PvE feature(more about it later).  On April 25th, 2016 the game went into closed Beta and just over a month later on the 30th May the open Beta was launched on PC, PS4 and Xbox One. 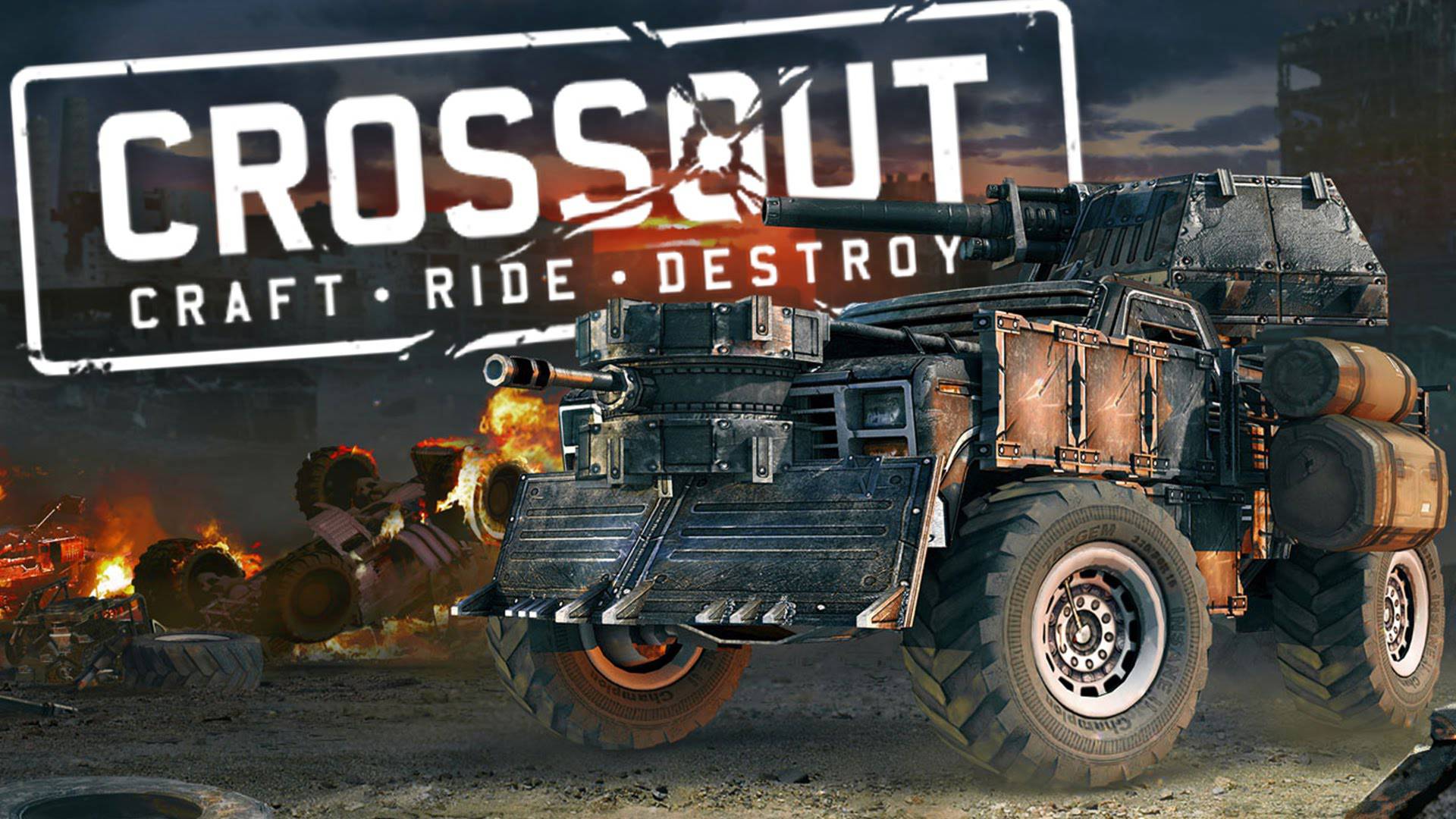 Crossout is extremely fun and addictive game.
Endless fun with unlimited amount of replayability with new vehicles to create and new enemies to battle every round.
First and foremost, I wouldn't agree with the comments that strictly describe this video game as "Pay to Win" game. I am saying that because while playing I have seen that this game has base skill elements which means you don't need to have the most expensive equipment to win in the fight or to dominate the other players, you just have to spend a lot of time in the fight and game in general to gain experience, knowledge how to strategically win against enemies. You can buy Weapons with Real-Life money, but every weapon has a counter and doesn't give you a clear adventage unless you spend 10000$ on your vehicle equipment.. 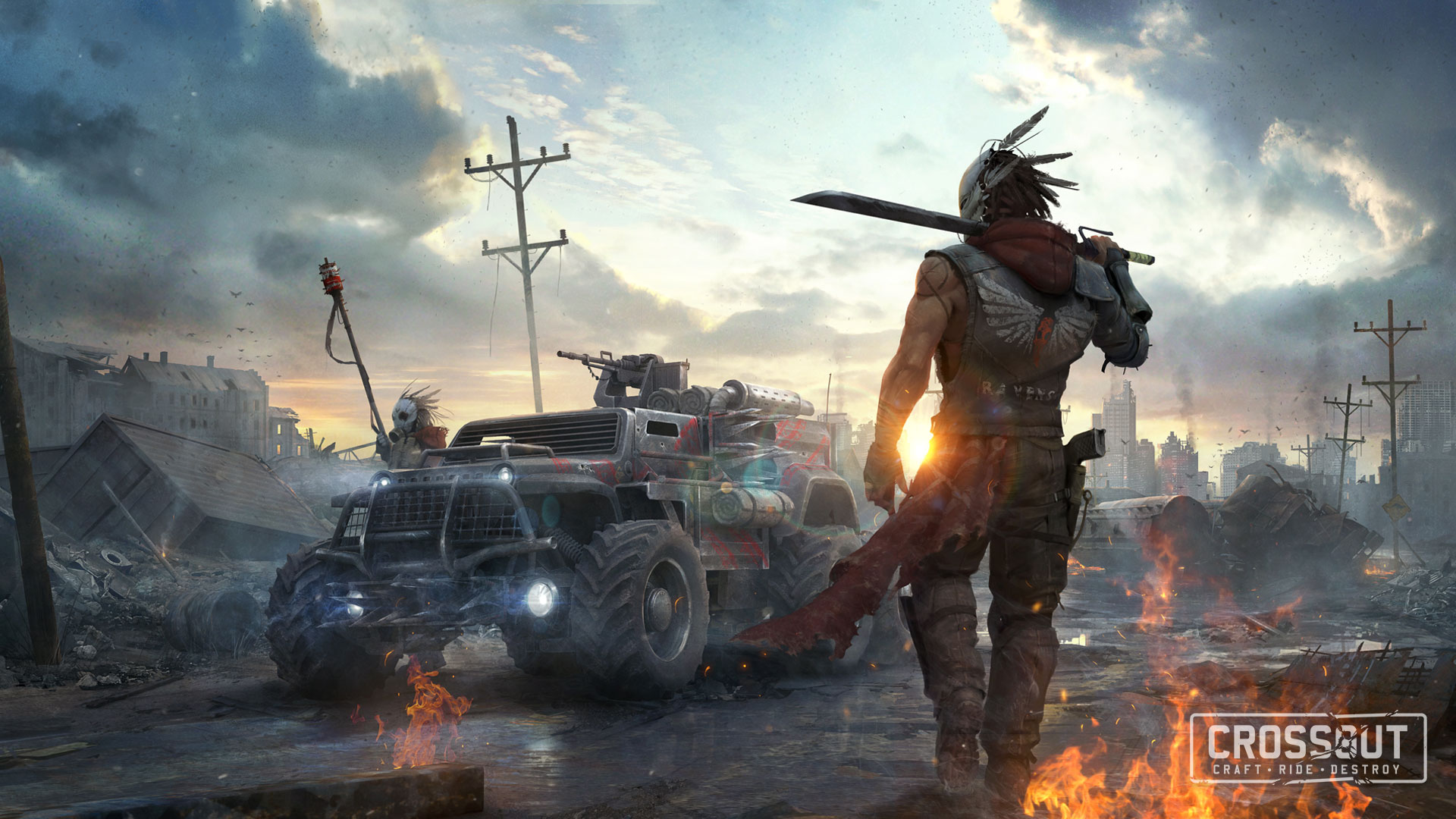 Graphics are actually amazing, car parts seems to have a good resolution, it doesnt look bad by any means. Sounds are fitting the Weapons,, the kickback of the Machineguns are fairly low. Autocannons have a quite big recoil which can accelerate your Vehicle, and the big heavy Cannons just give you the impression of fireing such a thing right above your head.  Building a Battlecar is easy to do in the Garage, if you have the right Parts and a bit of Fantasy, you can make some pretty cool looking cars to compete with. Game controlls do what they have to do, you can Drive around and Aim without any issues, all feels fluid from the get go. From my own gaming experience, I can say that this game looks very much like Hard Truck Apocalypse. Game chat is useless, actually it's a phenomenon to see a message on it. 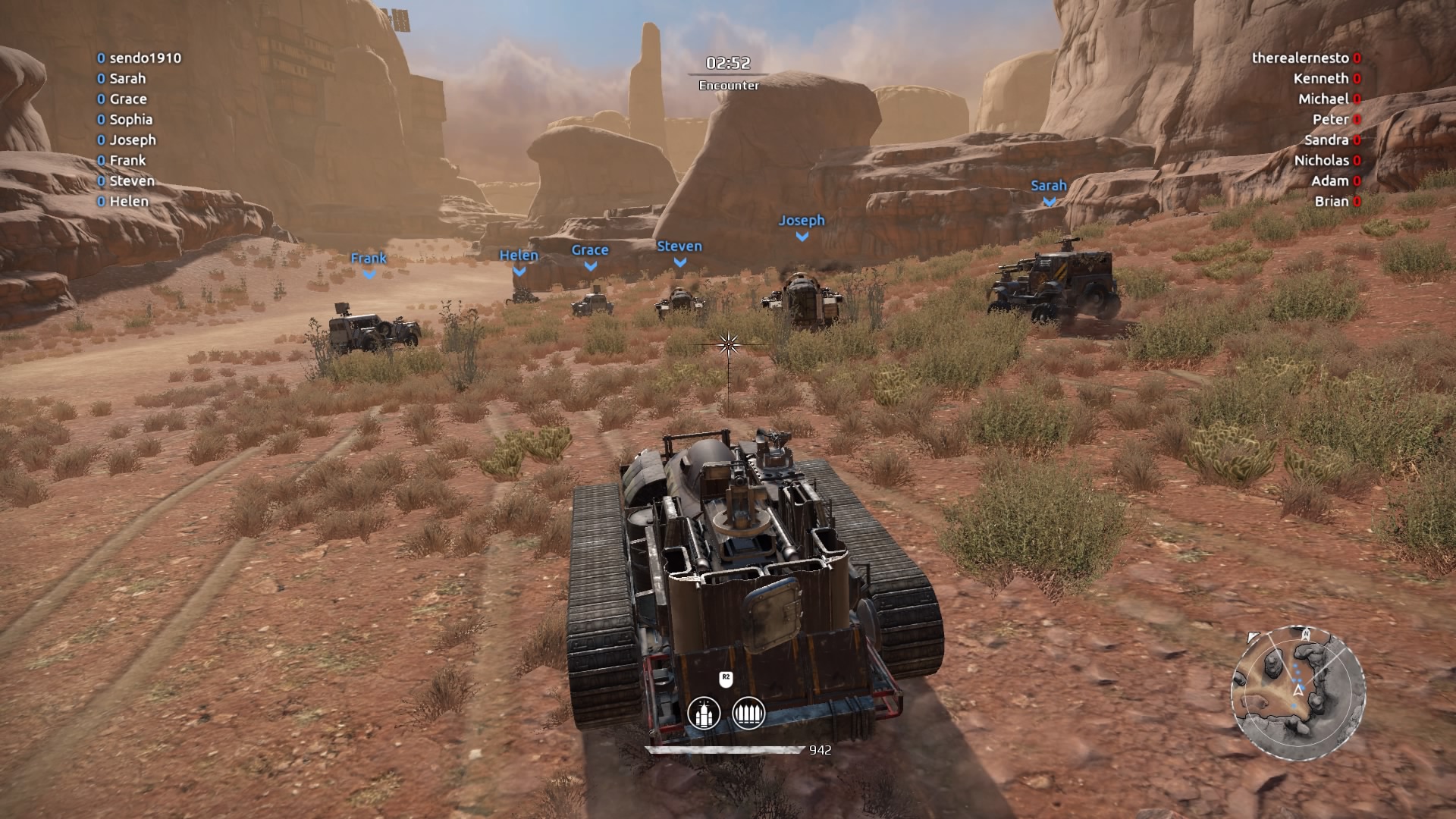 When you first launch the game, you'll have to battle almost instantly with the rusty car. Until then, you have to complete the tutorial which is simple enough, and then the fun begins - you can build your own vehicle. At the beggining you'll have basic parts car needs. You will need to fight and earn better equipment to build stronger, faster and deadlier vehicles. You won’t be meeting too many "living" players until you reach level 10. Possibly you will see a human or two in your battles, but that's not pretty usual.
Until you become level 10 - you will fight with bots alongside other friendly bots.
Don't let them make a bot out of you, humans need you ! 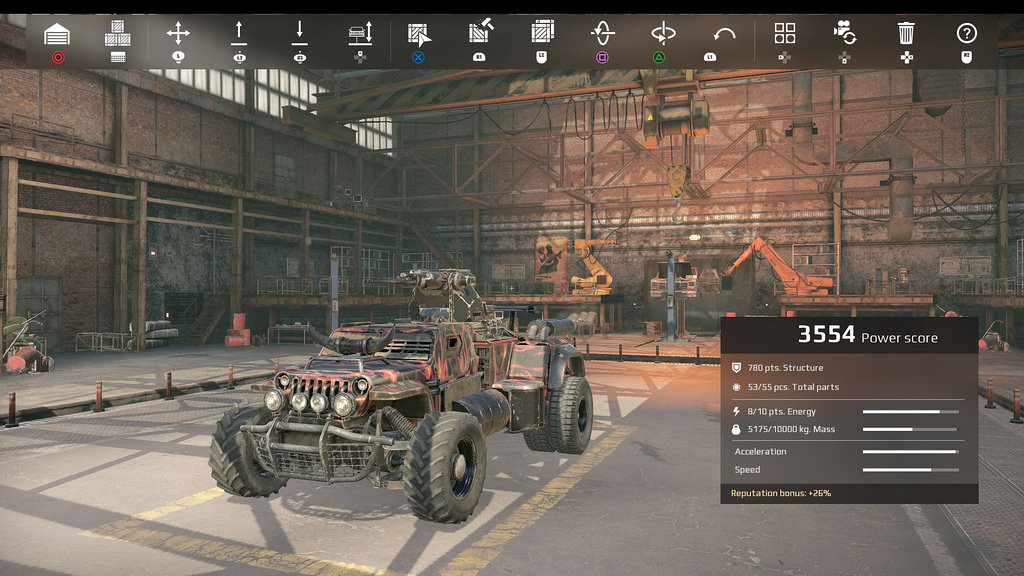 Workshop is actually the part of the game i mostly enjoyed. Workshop or garage is the place where you make the car. Actually it's more realistic than any other game which had car building fetaure ! You're making your car clicking together parts using a sort-of 3D grid system. You can stick stuff together in a huge variety of ways. Later upgrades let you add rockets, objects(skull/spears and more). I won't tell you more about workshop, that is something you have to see by yourself. And yes, you will be amazed.
P.S. You can make Real-Life money out of Crossout's workshop... 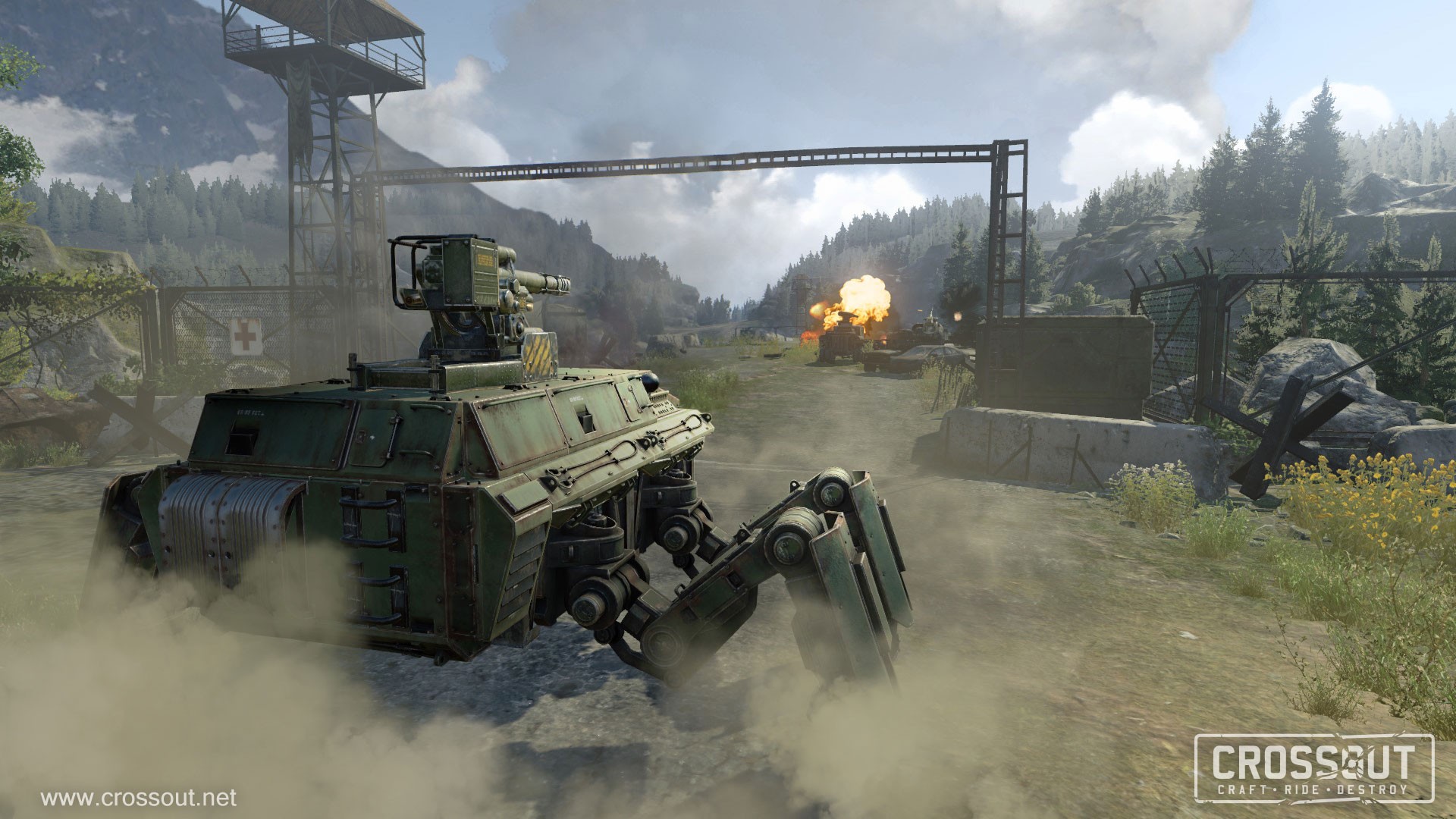 THIS GAME IS WORTH YOUR TIME !

Rate this article Crossout game review (It's not a Pay to Win !)

Get your reward Crossout

not easy to win btw

This article is so helpful, because I guess this article will help me with completing the Crossout tasks easier.

it is pay to win

it is pay to win

It's even more "pay to win" that World of Tanks! You can't have good weapons and vehicles unless you pour a truck load of money into the game!

it take forever to be accepted :/