Rate this article "ARTICLE Of Battlefield 1 "

In the gaming world, there is only one real battlefield, Battlefield. This series has gained popularity and a strong reputation throughout its long years, as a strategic war game and more realistic than any other correction game from the perspective of the first person. This year, Battlefield is trying to stay away from the disadvantages of the long-awaited fourth part, which took a year of improvements and reforms. This time back to the beginning, it is World War I, and since the first disclosure of the game and everyone looks forward and awaits its forthcoming release, and is preparing to be the largest Battlefield at all.
Painful stories
There is no doubt that the war is full of sorrows, which is something that no one expects, and if an event all wishes to end. This time, the DICE team developed an individual game based on clips from the lives of some soldiers in the First World War. With each different character you get a different angle of war and live some of its airspace, sometimes you are with the infantry in the middle of chaos, and sometimes you fly in the air and support soldiers on the ground, and sometimes you are in the middle of a tank that invades the armies with the force of the cannon. And during all this live some short stories that explain to you how the war was painful and not a matter of pleasure at all, especially when you see death in front of your eyes. In the story phase, perhaps the most entertaining parts are the positions where you can spy and eliminate enemies. That was very much like Metal Gear 5, but without all the great tools that Snick has. The story developed is short, and may not be considered as saturated as an individual in the game of correction from the perspective of the first person, but it is very entertaining as an addition and side flavor of the game is considered a collective in the first place.
******************************************************* 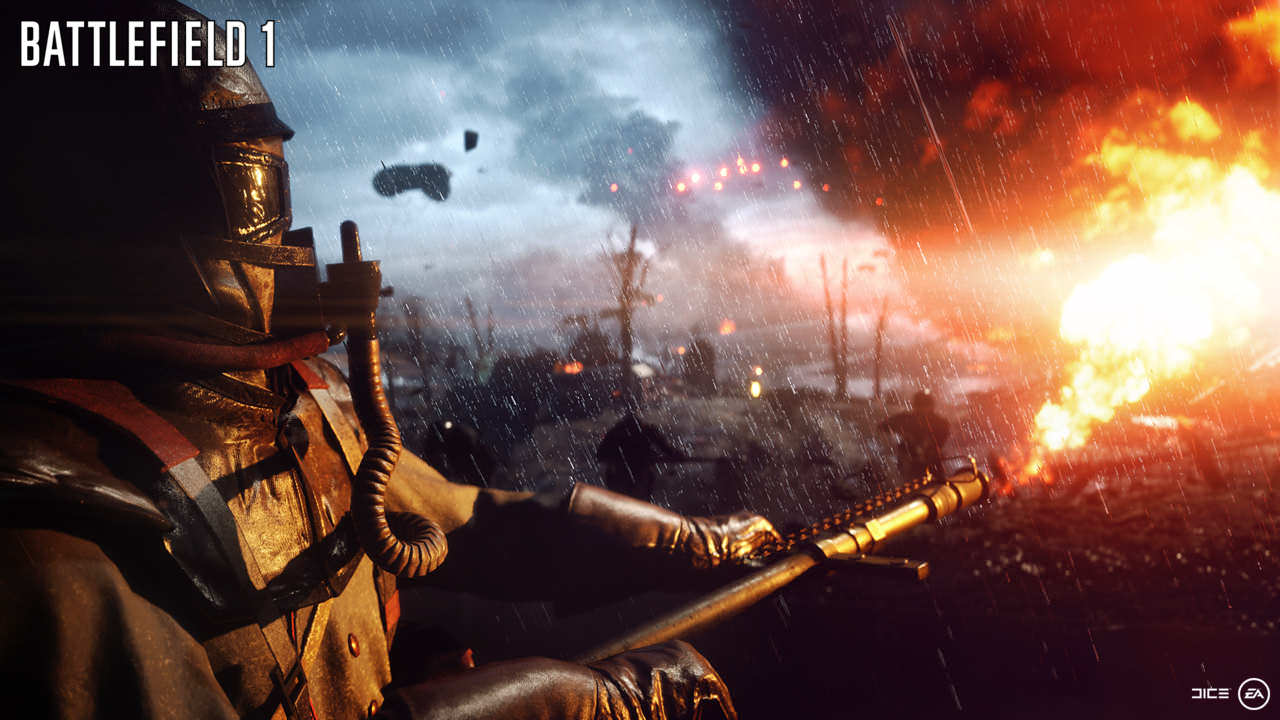 War is a collective game
The group phase will certainly take the lion's share in this review. Battlefield is always distinguished from other shooting games, especially war games. It depends on the appearance of team spirit, cooperation and full coordination in the performance of tasks, especially with a large area of the game map. Certainly there are different roles to be played, across categories such as squad leader, medic or sniper sniper. Each role has special advantages. For example, a scout can put smart traps, such as a trap that is a taste if called by an enemy, it reveals its existence. The maps are generally smaller than the fourth part, and the reason may be that pedestrians rely more on this part of the population.

Vehicles are certainly an essential part of the Battlefield Games, and in this part they also have a strong presence. In general, the number of vehicles is less than the past, and may be due to the decline of techniques and the absence of rocket launchers in the hands of infantry soldiers. But there are also new vehicles such as the horse, which is one of the funniest things in the game, especially when you are in the horse and kill your enemies with the sword from above. One of the new additions is the possibility to repair the vehicle inside and outside, but for example in the case of the tank you must stop completely to be able to repair even while you are inside, but the plane can move during repair but not launch.
******************************************************* 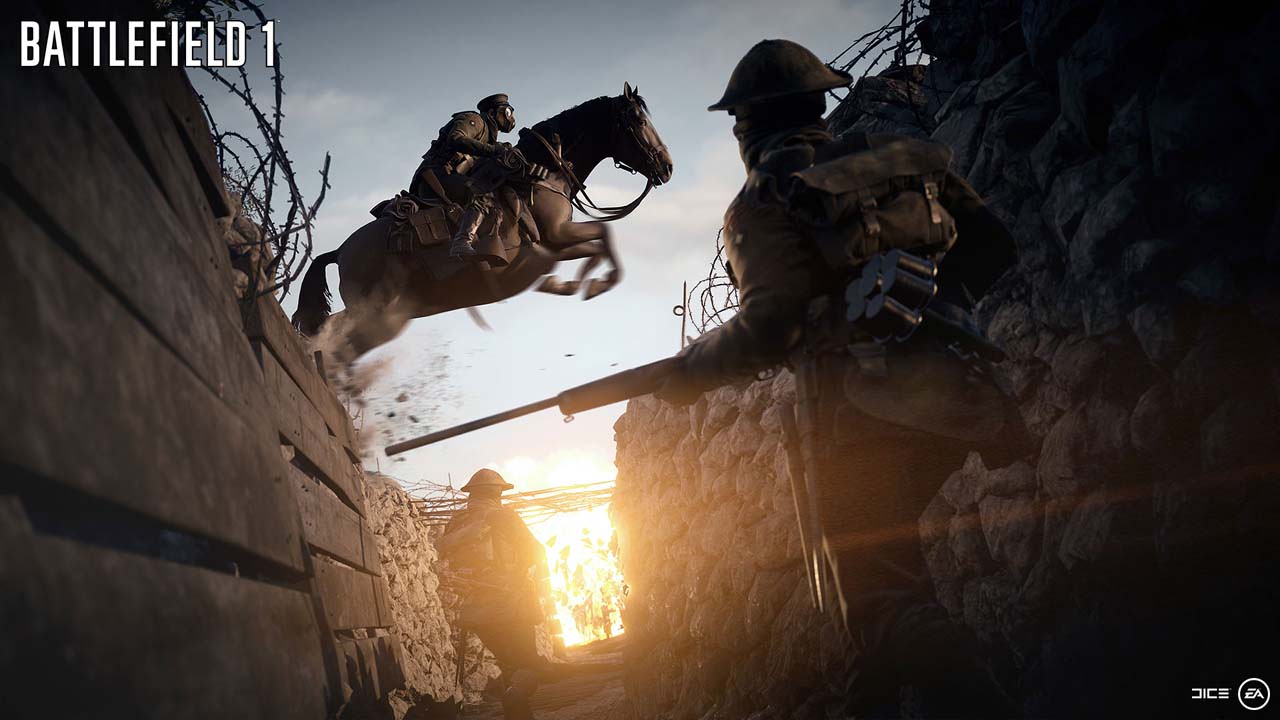 *******************************************************
The deadly dove
There are several exciting new play stages, such as the War Pigeons, where you have to protect a pigeon until you write a letter and post it, and you have to wait through a special counter. At the end of the count, the pigeon can be sent and therefore require the artillery to shell the enemy. The usual phases like Rush and Conquest are back, and this time a new, cleverly-developed process called Operations is introduced. In this phase the play is over several maps, the attackers control all areas until reaching the last zone, while defending them killed enough attackers to fail the attack. If the attackers fail, they will have 3 attempts in general, and in each failure they will receive the next time on the Behemoth!

What is Behemoth? Is a powerful vehicle with a powerful force, and can produce great damage in the ranks of enemies. Such as a large aircraft capable of landing devastating bombs. The goal of Behemoth is to provide some balance in the play between the two teams, and although it gives strength to the team owned by it, but it gives pleasure and a feeling of great satisfaction to the opposing team when you run. The Behemoth is not exclusively on the operational stage, but it also appears in the Conquest phase if a team is ahead.

Rate this article ARTICLE Of Battlefield 1

Battle field it's an awesome game.

best game in the world

do you guys like this game and what it is about? i think roblox the best game no?

This is the third best battlefield, behind BF3 and BC2. Worth buying right now at only 12$ on origin