The developer Housemarque, who introduced us to both the previously famous Dedication and Stardust games, has come up with a thrilling arcade game. This time, this exclusive game, "Alienation", will save the planet from hostile space objects in fierce battles filled with excitement in the style of shooting games from the top .
Well, as mentioned above, the story of the game revolves around several attacks of space objects hostile to the planet was at the beginning of a few and sporadic and governments were trying to keep silent about the news of these battles until the intensity of these battles and began to lose people one by one cities until the human boat on Extinction and the courtyard. International organizations have invented military suits that give them extraordinary abilities to confront the enemies in this devastating war. You will be one of the members of this organization and your task is to defend the remaining human beings with fierce battles in various regions of the world. 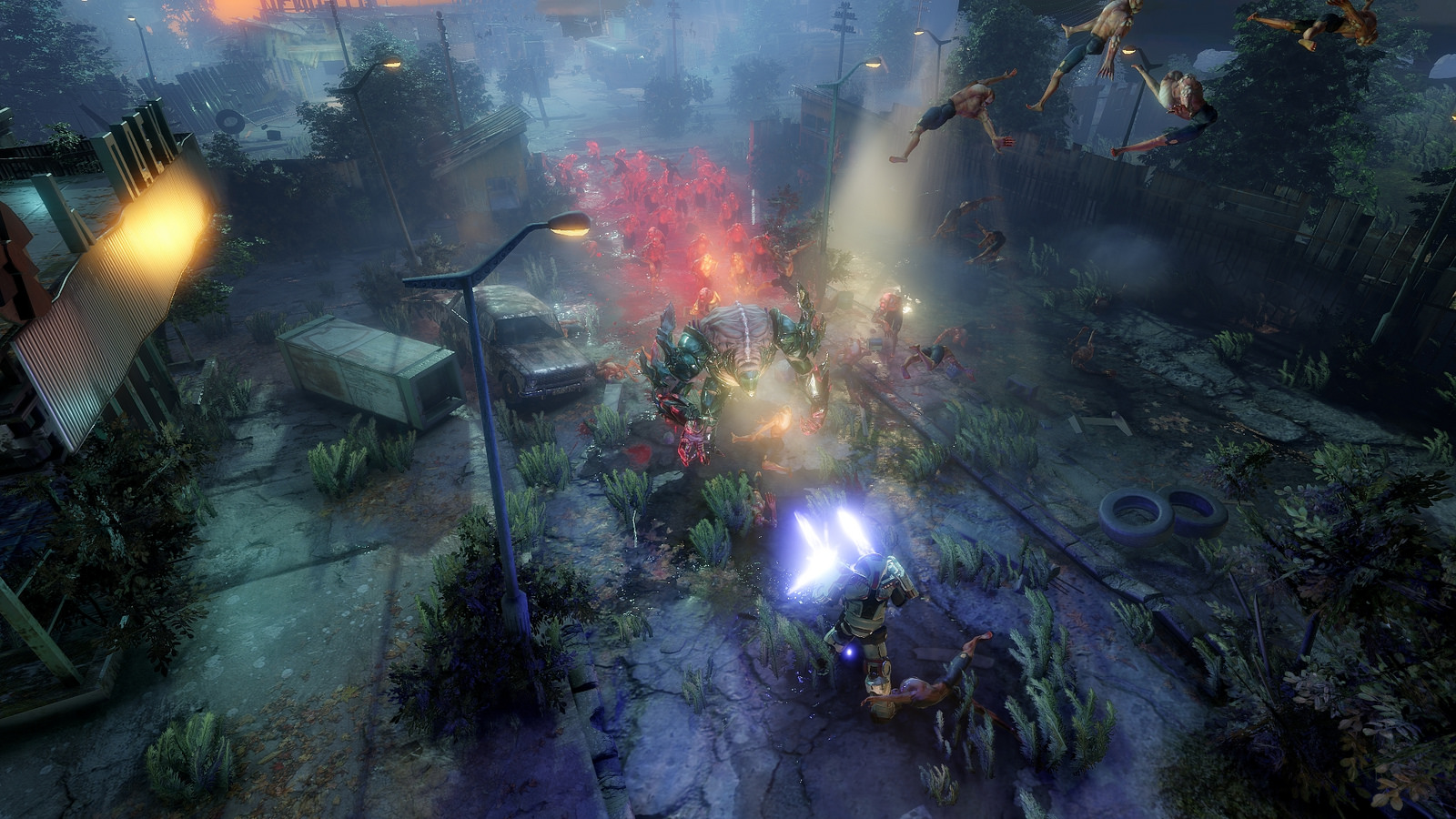 And talking about the battles, you and your team will perform various tasks in different regions of the world from Alaska to Ukraine, Brazil and other environments in different features and visual effects of snow, lava and many more, but the diversity will not only stand at the stages of the game The game offers you different tasks of eliminating the headquarters of enemies or explore Some places or even eliminate the biggest and most dangerous enemies.

The game offers you the first opportunity to choose a personality from three main characters each one characterized by a particular fighting system and skills of a personal defensive there favors fighting close proximity with the ability to create personal armor and other light movement to fight with sniper weapons and another specialist to treat the team and team up with your friends A combination of three characters will increase the fun of the game and coordination between you to eliminate the obstacles that will face you, you can of course try to play solo or join any stranger to complete the tasks together and you can play cooperative up to 4 players and join and exit easily from the battles across the network. 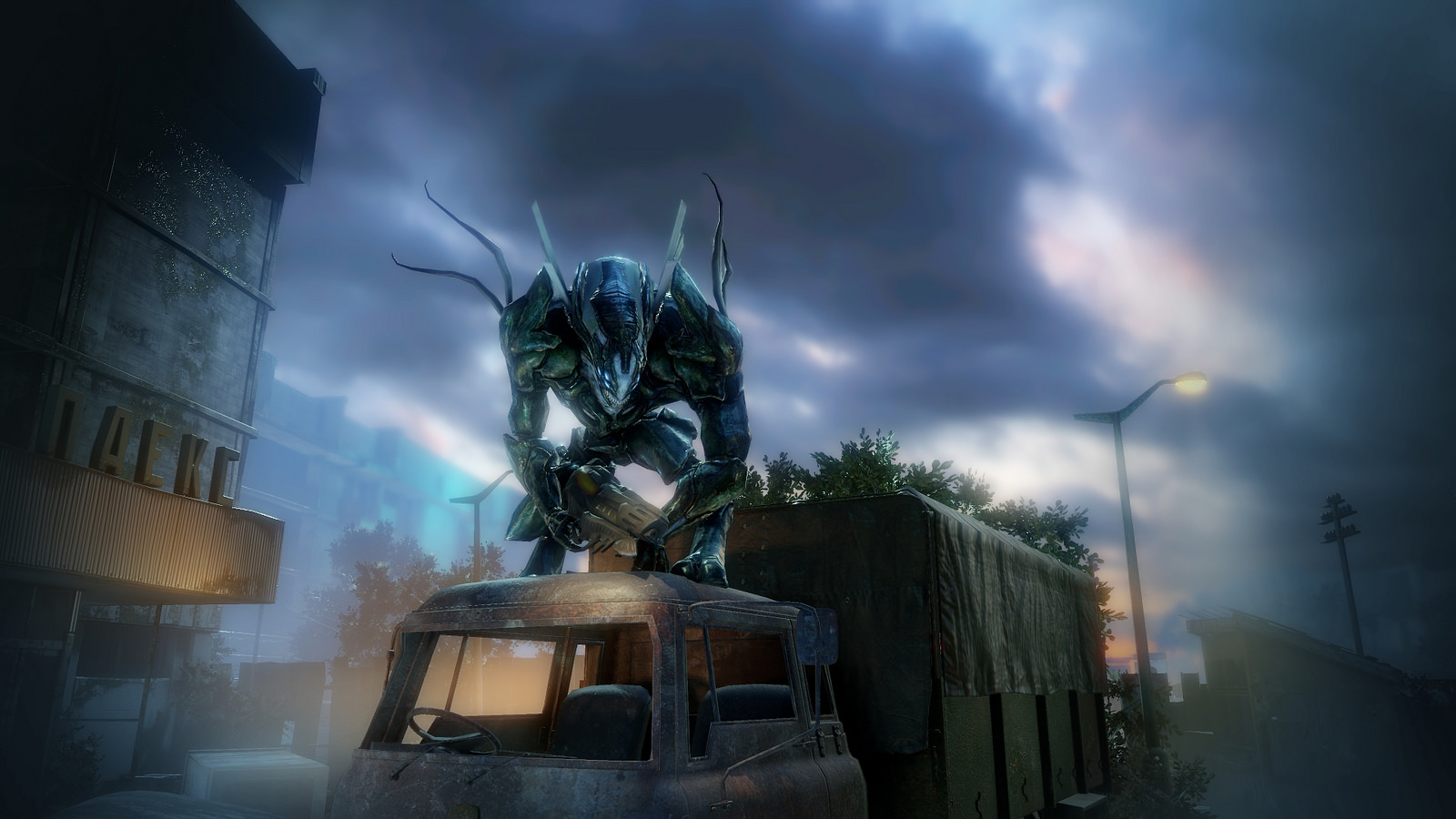 Since the first moments in this game will impress you with the effects of graphics and the effects of explosions and reflections of lights in a passionate atmosphere full of action and what distinguishes this game is to maintain the rate of high tires despite all these effects and bullets scattered everywhere and this huge number of enemies in the screen in that one. 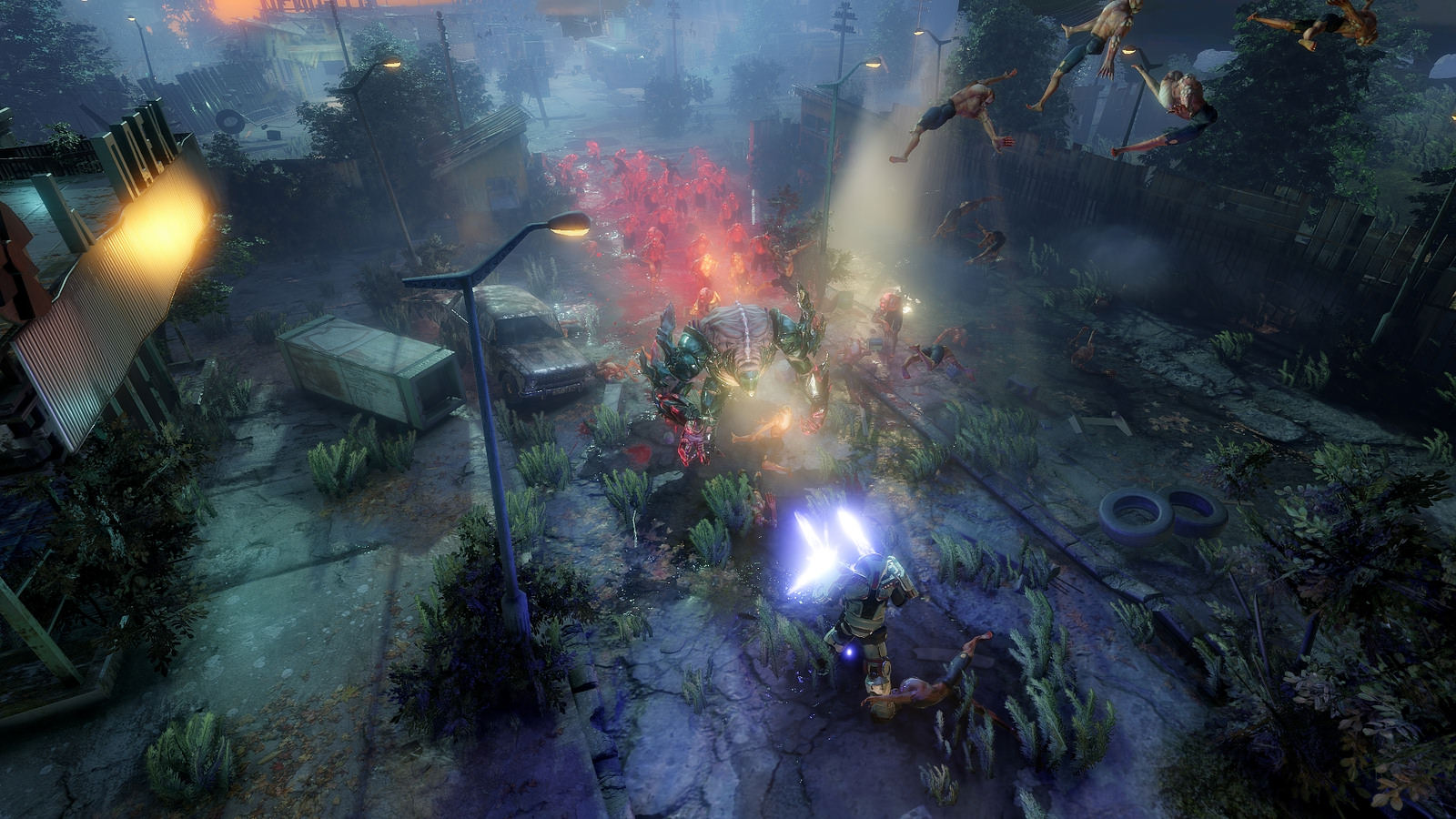 Which increases the beauty and pleasure of the game is a precise and smooth control, which makes it easy for anyone to recognize the way to play easily and easily and master the skills and coordination among members of one team, the game offers many different enemies and most often a huge number of them to form a challenge suitable for four players and the game Difficulty levels to suit all players and of course when you choose to perform a task more difficult you will get higher points of experience and equipment Afoy and more rare, making difficult to return tasks with a higher order to be able to reach the highest levels and get the most powerful weapons.


Conclusion
*******************
If you are a fan of the previous games for this developer this game will not leave you and will give you a unique experience with precise control and graphics.