Rate this article "ARE GAMES GETTING EASIER????"

ARE GAMES GETTING EASIER????

Are games actually becoming easier with the evolution of times? If so, is it a good thing or a bad thing? Let's find out!

If you have any contact with retro arcade games, or SNES games, you know how tough those games used to be. From Pac-Man to Mortal Kombat, from the simplest of games to the more complex ones, those games were very hard. That created a community of people who worked hard to beat those games, and people who were playing games solely for the purpose of getting destroyed and trying again. 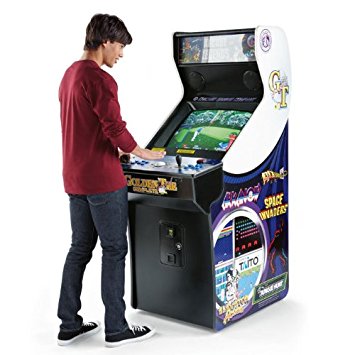 But the most part of gamers today would be excluded from that group of gamers. I am talking about casual gamers. And no, I am not talking about "Sudoku" or "Candy Crush Saga" mobile gamers. i am talking about actual people that only play games for fun, or to relax after a hard day of work. So was the difficulty of those old games that benefitial for the community?

Well, a hard game can bring a whole community together, representing a challenge that people have all beaten, making all of those proud people talk about their achievements and bond over their victories! But those hard arcade games were hard for a reason. And no, it is not because it united people, it was for the MONEY! Back then, arcade games were paid for everytime you tried it. So if you lost, you would need to pay more money to try again. So it made sense that they were hard. Right?

That might have been the case for arcade games, but after the first consoles appeared, games were paid once, and then you could play as much as you want. Much like today. And they were as hard or even harder than arcade games! So that must mean, that even though they people were being robbed, THEY WERE LOVING IT! So they paid to be challenged, and from that, came the supposition that games must be hard.

So does that mean that all games must be hard?

In my opinion, no! Today we must be glad we have the choice between a hard game and an easy game, so casual players will play easier games, (like a Call Of Duty game, perhaps) while more hardcore gamers will play harder games (like Dark Souls, perhaps).


With this whole article, I just want to spread a message of love throughout the gaming community!

Thank you for reading!

Rate this article ARE GAMES GETTING EASIER????

lol,easier? well its more like, easy to play but f*king hard to master type of games