Rate this article "A Way Out - Review"

A Way Out - Review

Way Out tells the story of Leo and Vincent, two men who meet under unfortunate conditions in jail. They are linked through a common vendetta against the same criminal.

In A Way Out the screen is divided by split-screen, when vertically and when horizontally, with the purpose of two players to work together. Local co-op is supported on the same PC or console and Online Co-op with your friend. Even if you do not have the game you can invite him through the friend pass. Unfortunately, online matchmaking is not supported with random users, and this significantly limits those who can not find friends to bring home or those with a small list of friends. 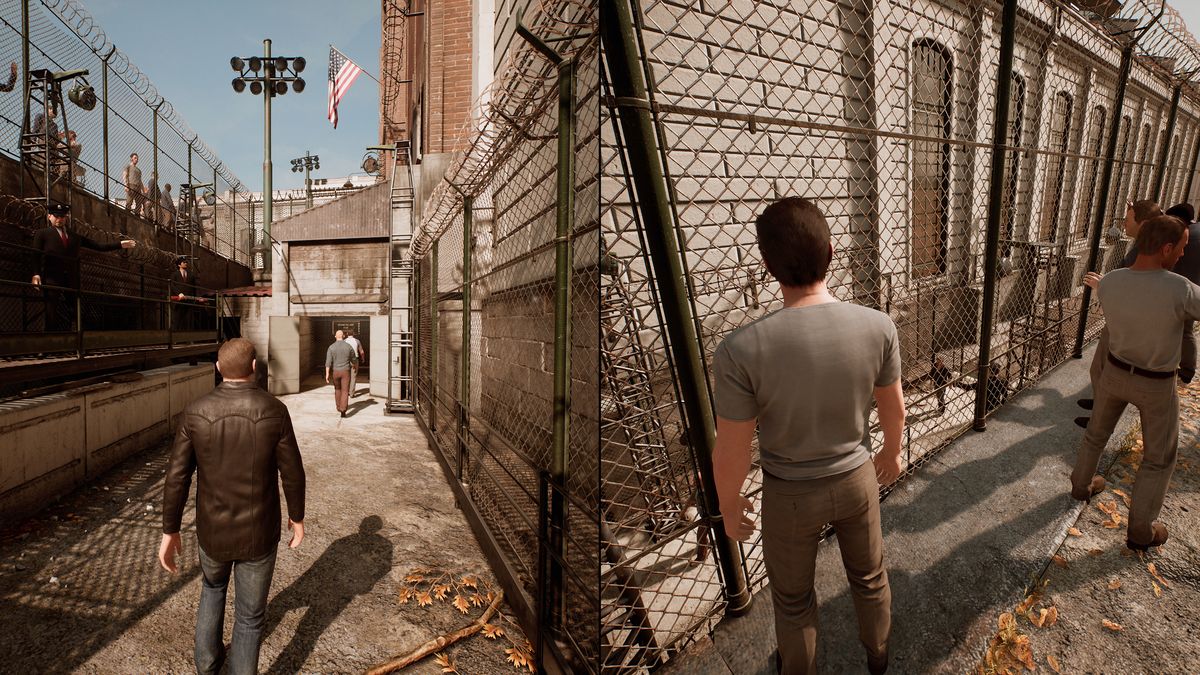 The goal of the two partners is to cooperate in every circumstance in order to reach their goal. There are some specific patterns of cooperation that are repeated, such as the fact that you have to open a door along with the other player, walk one another to climb or open the way to your friend while you are on the other side.

Gameplay basically follows the recipe of Heavy Rain and Beyond: Two Souls. It relies heavily on quick-time events, but it has some extra touches of action. The Adventure piece only exists in the searches of elements and objects around you, which are also easy for the most adventurous Adventures players, as the solution is always within a few square meters. There are also plenty of pursuits with all kinds of vehicles, Fighting with two-dimensional gameplay, sometimes top-down camera, and even the use of weapons at some points. There is also the element of stealth and the surprise of the enemies, although in battles with weapons coverage in some places does not work.

The overall difficulty of the game is too low, to the point where you can play A Way Out even with people who are not involved in games. In case you fail, then your checkpoint returns to the last point without delay. Hazelight developers followed a completely casual approach. Even rudimentary stealth or shooting devices often require no special skill. All you need to do is simply to be in the room, to be patient for a few seconds until a Non-Playing Character comes out of the space where it moves and then move on.

In A Way Out there are some gruesome and fun activities like Baseball, Basketball, other players, darts, etc. The purpose is to keep busy both split-screen split screens so you enjoy your friends. The script is linear for most of the time with the two players deciding each time they will follow. There are also interactions with Non-Playing Characters that offer just two options. Whatever you select, you will not see a different chapter along the way. All that changes is the fact that we have two different finishes depending on your choices. Generally, the game is for the most part of Adventure, but it also includes scenes with full action action and cover points that will be loved by Action Shooters. It manages to escalate tension and highlight the characters of the two heroes. Its total duration is 5.5 - 6 hours for the first playthrough and will absorb you so much that it will hold you to the end. The finale will leave you speechless.

Rate this article A Way Out - Review

This is one of my favorite co-op game, well done!

Great review, I just don't like how you need two players to even play this game or the fact like you said you're limited on who you can play with you online.

Great review, I just don't like how you need two players to even play this game or the fact like you said you're limited on who you can play with online.

Great work out into this game

well i love this game

The story could be alot Better still it was a fun to read !! As if we are playing or feeling the character good job with that good luck

This is one of my favorite games, thanks a lot. :-)