Rate this article "Earthfall for PC"

Hello guys, welcome to my new review. I haven't written it for a while, but here I am with the game you will enjoy!
The game we are reviewing now is Earthfall, a game like the Left 4 Dead 2 with Aliens. That must be interesting, right? How is it like L4D2? Well, look. In this game instead of infected zombies, you have aliens and it was built on the UE4 engine so it looks great and much more updated compared to L4D2.  So, yeah. If you liked L4D2 you will enjoy this game. Let's talk about it.

Earthfall is an apocalyptic shooter with the simple point: Four players working together to defend from hordes of bad guys through multiple campaigns. It's been available in Steam Early Access for something like the year, and developer, Holospark announced that it will go into the full release on July 13. The game has a unique spawn system. You can't predict where are the aliens going to come from or when, and that gives you a good feeling playing the game, that's something we wanted in games like these, now you have it.  The game has good performance, you don't need a space-shuttle to play it, like a lot of games nowadays. Interactions and voices are made well, weapons feel like weapons. Graphic details are, in my opinion, amazing. 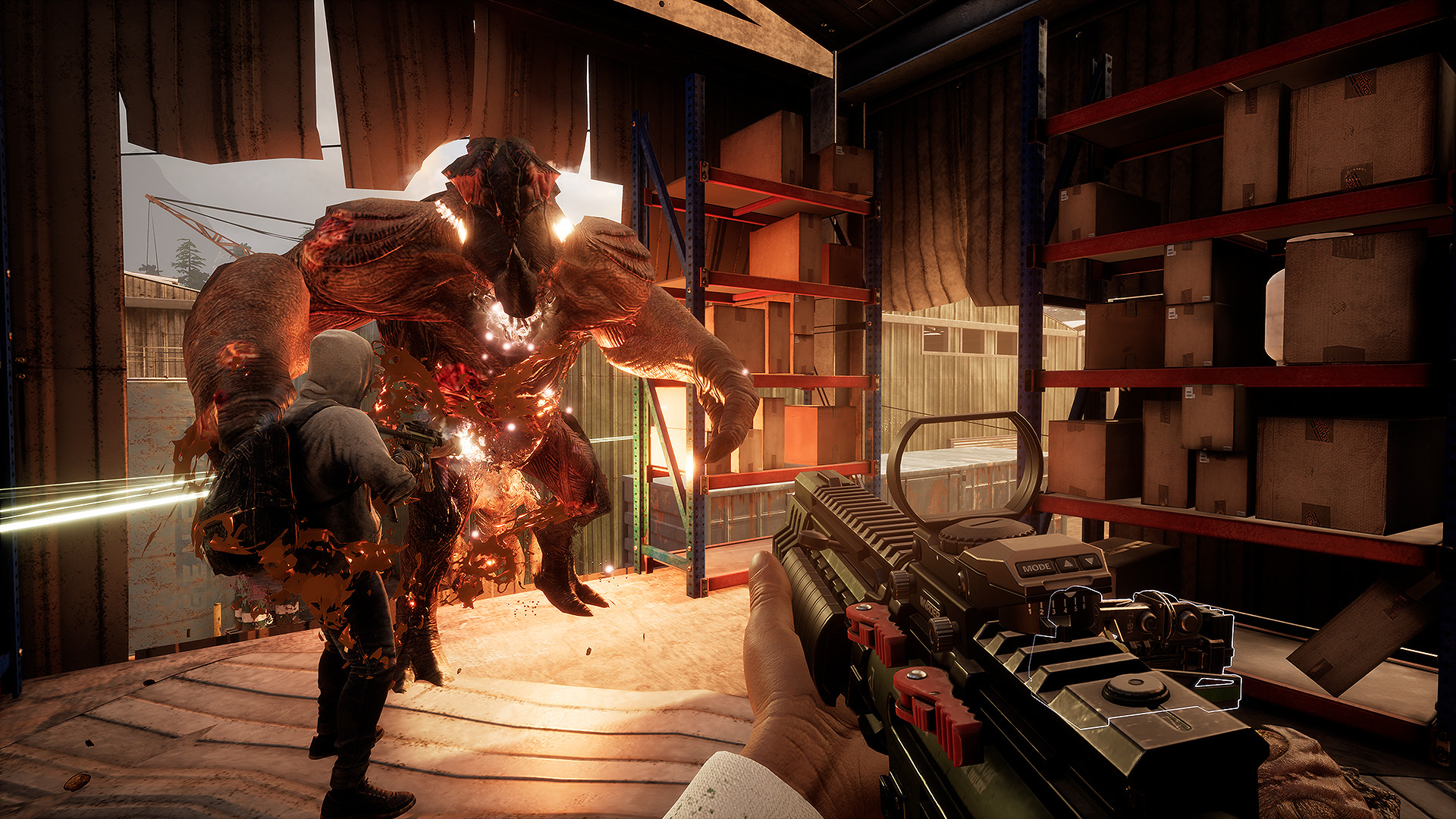 You can team up with friends to survive the alien infestation which always brings you fun if you play with the right people.
Something you enjoyed in Fortnite, is here too. Strategically deploy barricades to block the enemy hordes and install turrets wherever you feel the right place is, and you'll enjoy the alien killing show.  You can also use advanced 3D printers to print more than twenty different weapons.
As I already said, there are multiple campaigns and each campaign tells a story across several missions and every campaign reveals new content and secrets behind the world of Earthfall.
Not only you cannot predict from where are they coming, you can't even predict how much of them is coming. They can come in all shapes and sizes so experience is different, each time you play.  Progress goes through linear levels, dominating the aliens to reach the end, with force and Fortnite barricades and turrets, I spoke of earlier, are gonna help you.
If your friends can't play with you, you can still play as one of the four characters, instead of players, your squad will be filled with bots so yeah, something like single-player Earthfall but I don't recommend it at all. Even when you set your bots skill to the highest competency, they are still stupid, so don't let them ruin your experience. 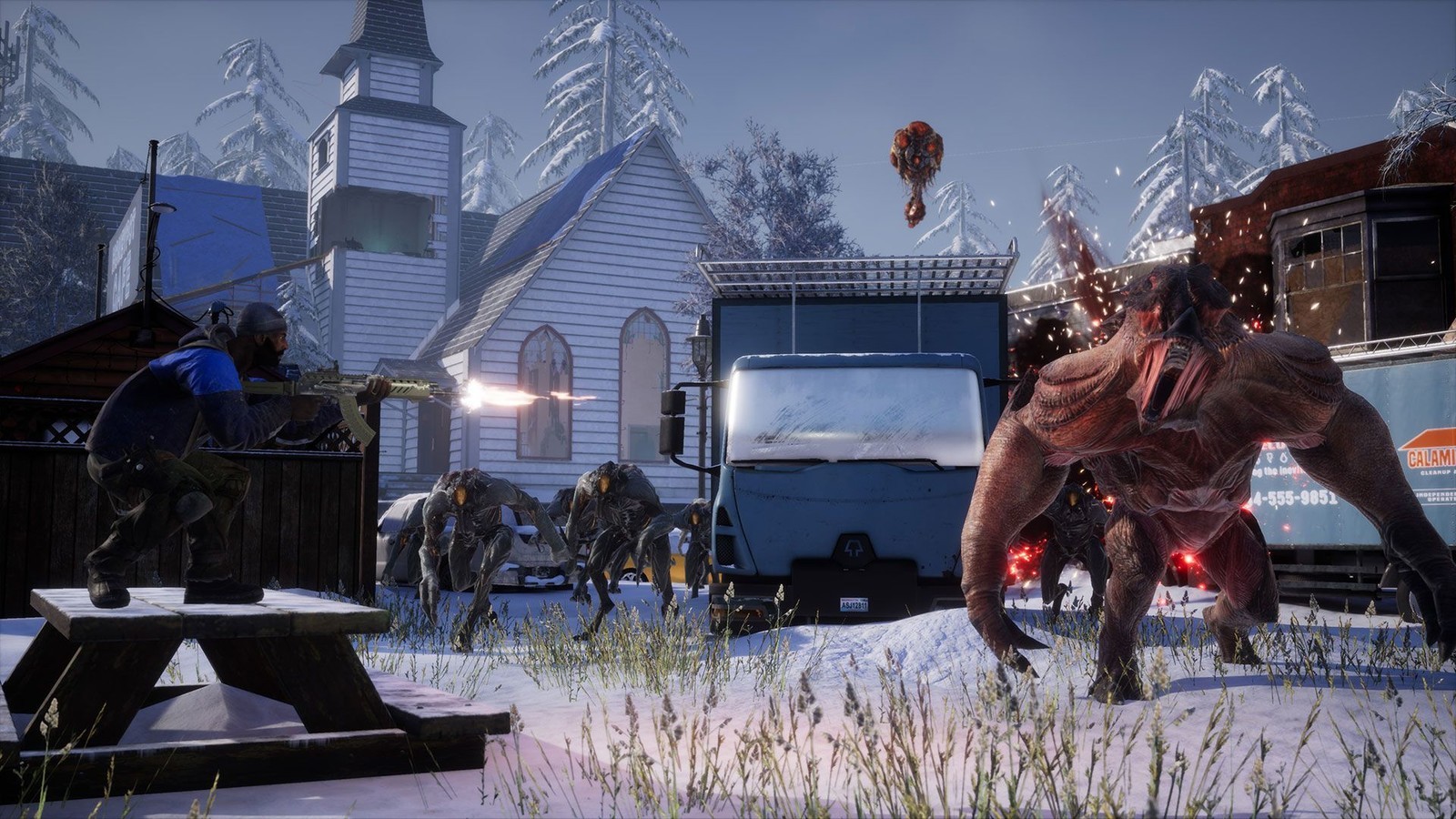 So, let's rate this game. It has amazing graphics details and a nice combat system. Since bots are stupid, like they're ancestor Ro-Man Extension XJ-2, you can't enjoy the single-play experience. Yeah, they won't be able to keep up, and they will ruin your experience, so don't even try to play the singleplayer mode yet.  I rate this game 8/10 and I do recommend it to you, but don't go for it now if you're not an L4D fan,  It's too expensive for you. Just wait for some sale. Cheers.

Rate this article Earthfall for PC

that game photo good but is it for zombies

As long as it's something then it's a thing I guess

Interesting game with amazing graphics & texture. Althought it's very short but I think you should write longer and fix your grammar because it's very bad as for reviewers. But I gave you a 4/5 for your attempt.