From the earliest days, man relied on his own religion as a source of consolation and guidance, and every mystery about phenomena that he could not rationally conceive would be solved by the creation of gods and goddesses.
Each of the divinities had a certain role to fill in the gaps in the human perception of the natural world, at least as the strengthening of scientific knowledge has not overwhelmed a multitude of gods and goddesses as a common myth of illumination.
However, our evolving intellect did not abandon all the gods that prove to us that people are firmly held to the conviction today that some supernatural being is in charge of all events in the whole universe.

According to Guerrilla Games, the technologically advanced species with which we share the century, he spent his time in saving the world instead of praying sent to various gods, and the same time followed by the protagonist Aloy a thousand years later. On the other hand, the people that a young heroine encounter on their journey are still suffering from primitive beliefs for which they do not understand alluding to some form of divinity. However, we can not overlook their naivety too much since it is easier to believe in faith than to seek truth, but from superstitions that feed their spiritual needs often follow the destructive consequences. 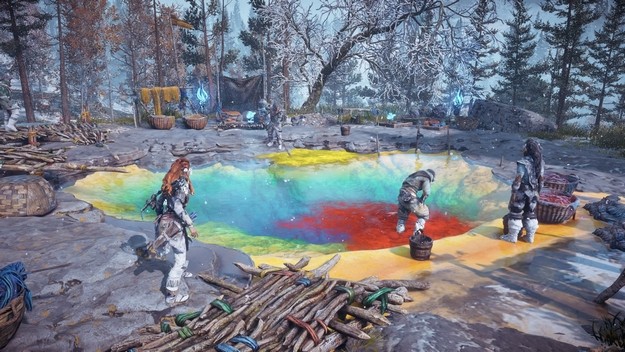 Like Horizon Zero Dawn, the Frozen Wilds expansion teaches us that an individual is willing to give his life to please his gods, but also that Mark Twain did not over do it when he stated that man was the only cruel animal. Specifically, the Banuk tribe living in ice wilderness will rather condemn his own man to cruel death than to investigate whether he is genuinely guilty of the crime for which he is persecuted. Of course, this means that Aloy, a rogue girl who is armed with a bow and arrow with this tiny technological thing from the old world, is ready to re-invent hunting stories we've heard earlier, including a story about why we're riding in the 31st century with robotic animals.

"We can say that Frozen Wilds is a true model of Horizon Zero Dawna in a reduced form."

To make life easier we get a more or less useful stormslinger-a gun that fires electricity, and traders gladly sell weapons and other types of equipment specific to the Banuk tribe. However, we can only buy the same type of currency we can get by completing various tasks or exploring the beautiful white world. Additionally, it is important to mention that Aloy has decided to expand its spectrum of skills, so the new branch called Traveler brings more useful opportunities than it sounds 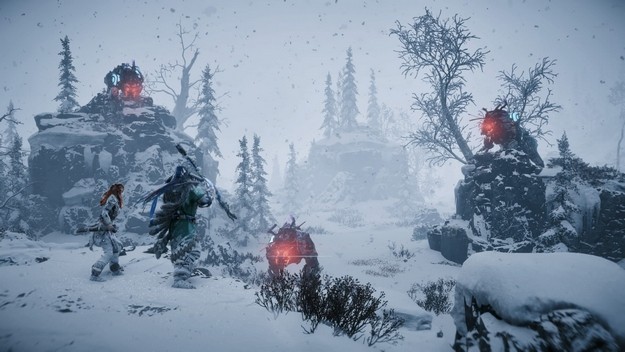 "In the new segment of progress called Traveler, Aloy gets some very useful skills."

One of the more interesting, but somehow boring, missions would have chosen a snowball adventure for Tallneck. It is interesting to note that this is unlike other members of the same kind trapped under ice and snow, and the only way to experience a stunningly glimpse of the Horizon Zero Dawn is to reckon with the shattering parts. That exacting account of thieves is that hard part because the same thing has to be repeated three times, no matter what each brings a new enemy.

That's why Frozen Wilds expansion differs most from what we have seen in Horizon Zero Dawn at the moment. As the title itself suggests, the first and only expansion has led us into areas where there is no room for the Sun's heat. However, it does not hurt too much the Banuk community whose members often wear short sleeves. 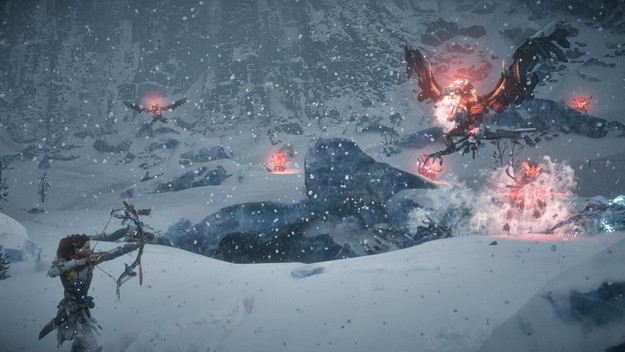 It is no exaggeration to say that the territory of the tribe Banuk is one of the most beautiful parts of Horizon Zero Dawn. Mountains covered with a snowy white mantle match the tempo of gameplay and gameplay challenges. Low visibility during the great agonies and hard break through the half-meter of snow is a great experience that dramatically deepens the gaming experience. Dialogues and characters continue to hold their imagination, and it is also praiseworthy and more fun work on animations

"Frozen Wilds is a very good excuse to return to the post-apocalyptic world of Horizon Zero Dawn, which encourages us to come up with the idea of sometimes coming out of our own comfort zone to find out what's behind the fence we set so hard." 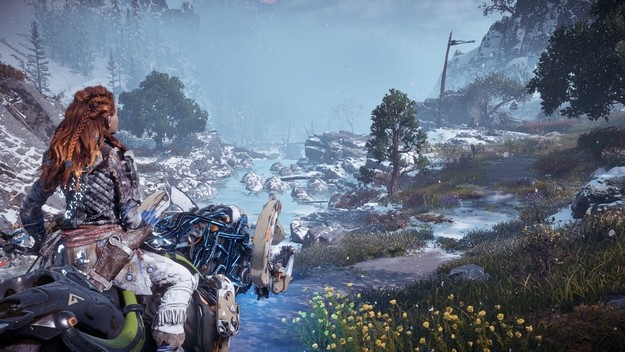 -1 for the lots of bold text. Still, it's pretty good

it seeem sto be goood

we wait for part 2

The game looks nice and the article is good

good and keep it up brathah