Injustice: Gods Among Us review

Injustice is a 2.5 dimensional fighting game, or as I like to call it a Mortal Kombat-style game (I call them that). Injustice, similar to other such fighting games, is about beating the life out of your opponent, but how good of a game is it? Subjectivity may take its toll here, but I’ll try to minimize its effect. I say subjectivity because I’m not really a fan of these types of games, but I did play through its story mode anyway just to try out this genre, and here’s my opinion.

In terms of graphics and sound, the game does pretty well. In fact, the graphics are very good. The cutscenes are incredibly well animated, as are the actual fighting moves and stuff. It’s quick-paced, yet still incredibly well-synced together and it’s really interesting to watch two really good players battle. As for the soundtrack, it really is very well adapted to a game about superheroes civil-warring harder than Captain America and Iron Man ever could. It’s intense and heated and stressed, making you really feel the hostility that resides everywhere, even where there seems to be none. It sets a great mood that really fits into the story. 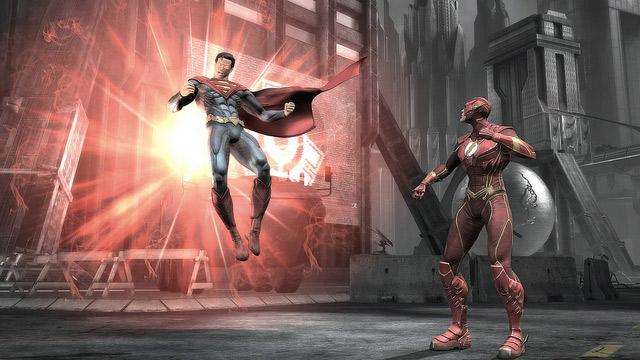 The game itself is fun to play, even for someone who isn’t a fan of these types of games, which is a great thing. It shows that the makers of this game really know how to make it. I only wish that I actually liked these games so I could have enjoyed it even more. The gameplay is, as I’ve already mentioned, really well put together, and can become really well chained and amazing to watch when two highly skilled players fight. This game also has something new to the genre: the clash system, which allows you to use as much as you want of your special meter against the opponent. Whoever spends the most damages the opponent and heal a bit, amounts decided by the difference of special meter expenditure. It’s a fun little break from all the intensity, and I personally like it a lot, and even more the short lines that each character says before the actual clash, some of which are hilarious. 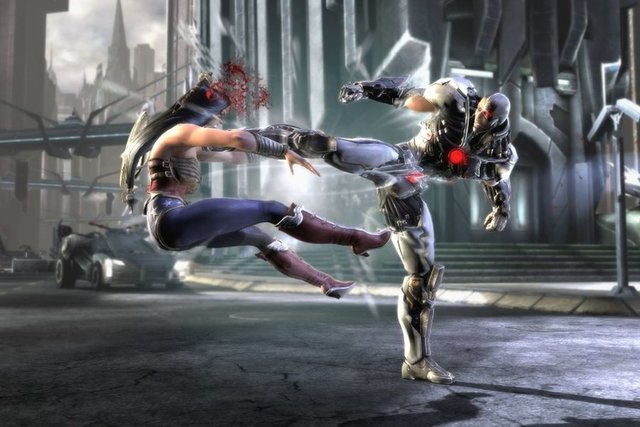 The actual story is…well, it’s interesting. The story mostly happens on an alternate world where the Joker tricks Superman into killing Lois Lane and their unborn child, as well as destroying Metropolis. Superman loses his mind, kills the Joker and decides to rule the world as a relentless dictator. Therefore, Batman from that world somehow manages to get a bunch of superheroes from the normal world where Joker didn’t quite destroy Metropolis in order to help him overthrow Superman.

It’s a story that makes sense, but also doesn’t. The overall arc makes complete sense, but some of the fights that start really don’t. First of all, something I have a huge problem with is how some characters who should technically be out of each other’s league are equally matched, and this doesn’t just have to do with the story. I mean, how could Green Arrow ever stand a chance against, say, Superman? Well, I’ll let that slide since they need to make the game balanced I guess. Anyway, the general story is actually pretty interesting and well told, and feels like watching a movie and playing at the same time, but not the way Telltale does it; rather in a more interactive and satisfying way. 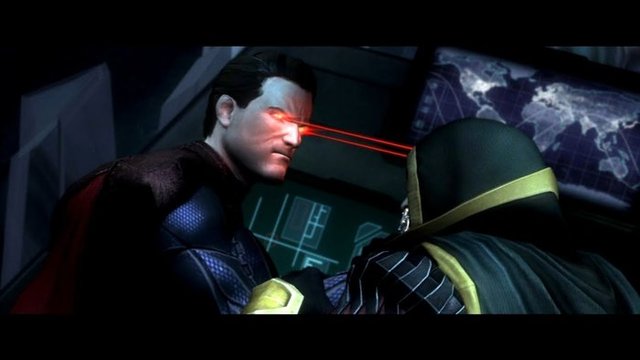 In conclusion, this game does great. I know I said I’m not a huge fan of these types of games, but honestly this one still knocked it out of the park. I have to say the game is very well made and very compelling, and the tutorial teaches you to play very well (unless you don’t do it, which if you’re smart you should). All in all, if you’re a fan of this genre of games, then this one is definitely for you.

this is one of the best game. really suits me well

What's with the spam in this thread

wrong section sir, i think this should be posted in the article section, may be you got rejected ?

Not my type, tbh

not my type of game

wow, the title is very hot and attractive, like Ariana Grande, but gameplay seems to be boring

What kind of game is this?

Injustice is a good game but he need more updates

Better than street fighter v in my opinion

I have tried the Xbox 360 version of this game. It's decent ... too bad it is about DC characters though, it would be way much better with Marvel ones.

I am going to try this game today :)

@XeNoZB4ST
So did you manage to try it? What are your impresions of the game so far?

one of the best games I have ever played ;)

that was really good game