Fortnite vs PUBG: Which one is right for you?

Fortnite or PUBG? This is the question anyone who wants to try the Battle Royale, a game mode updated by H1Z1 and raised to the rank of phenomenon by the titles of Epic Games on one side and Bluehole of the 'other. Not easy to choose one or the other when you start, that's why we decided to help you select the game Battle Royale that is made for you according to your tastes and desires.
Fortnite Battle Royale on one side, PlayerUnknown's Battlegrounds says PUBG on the other. The two competing titles have both managed to eclipse H1Z1 in the battle of Battle Royale modes, which they now share the market. For those who want to get started and discover the genre, it is to one of these two games that they must turn. But which one to choose? In this guide, we offer an overview of the differences between Fortnite and PUBG so that you can select the one that is right for you.

The gameplay
The principle of Fortnite and PUBG is the same: you are dropped on a map with 99 other players and your goal is to recover weapons and survive as long as possible. The card narrows as the players get closer to each other and shorten the duration of the games, which could last indefinitely without this system.
But once the mouse (or the controller) in hand, the gameplay of the two games is very different. First of all, Fortnite puts on the creativity of the players thanks to a system of construction which contributes strongly to all the fineness of the game. The player is brought to obtain materials (wood, stone, metal) in order to build walls, bunkers, turrets or points in height. This is an essential aspect of the game that must be mastered to be effective because it can be much more effective both defensively and offensively. We must learn to play with the structures, which can be used as a means of attack.

We do not find all this in PUBG, where this dimension of construction is simply absent. Their disadvantage in Fortnite is that these structures protect but allow adversaries to spot you easily. In PUBG, we are then more in the discretion, we try to take the enemy backhand rather than attacking it head-on. For some, it reinforces the feeling of stress and intensity. Especially on PUBG, it seems more difficult to get out of a bad position because it is not possible to protect or create an alternative path through the constructions.

For the rest, we can note a panoply of weapons more important on the side of at PUBG. But Fortnite does well with objects and gadgets like stepping stones or a pocket fort. Really arcade oriented and fun, he sometimes abused the potential of some weapons. The Fortnite players have also obtained the disappearance of the remote-controlled missile. More immersive and simulation, PUBG will appeal to players who want to believe in it, who do not want to leave room for extravagance but rather relive the movie Battle Royale. 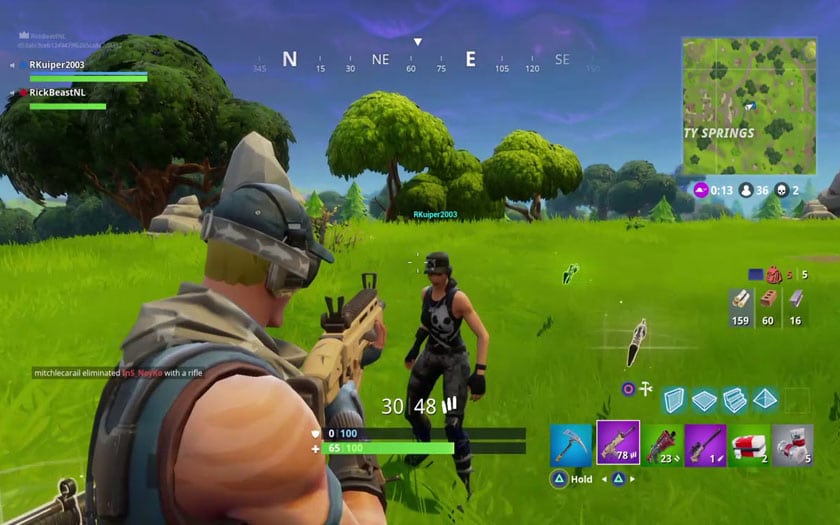 You know if you have already seen videos or screenshots of both games, it is the day and the night between Fortnite and PUBG in terms of graphics. Fortnite relies on a very cartoony style that can recall the Blizzard style with WoW and Overwatch. Very colorful but scary about the details of the textures, the title of Epic Games assumes its arcade side into the graphics, which ultimately correspond well enough to the gameplay fun that the game offers. 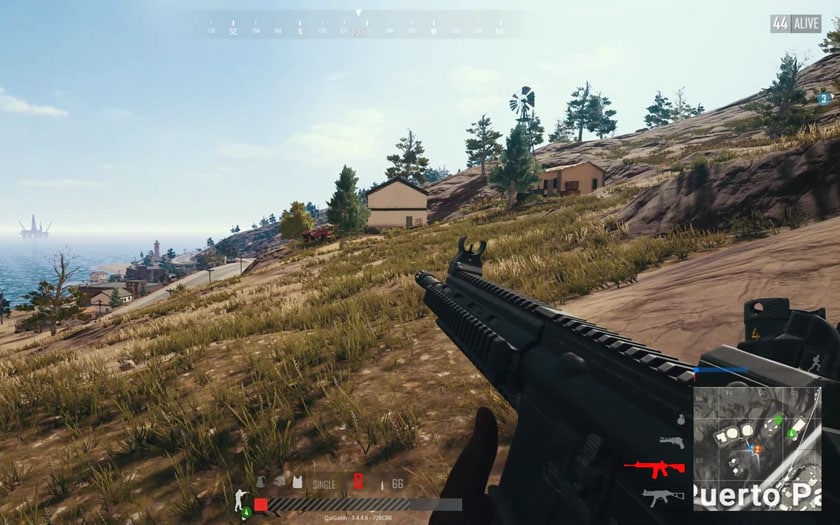 Same thing for PUBG. Who says simulation, said graphics that should fit best to reality. We find a much more military atmosphere, even in the movements and movements of characters elsewhere. It's far from the most beautiful game of the moment, but the graphics are really good for a multiplayer game of this magnitude. To decide between the two games on this point, it's only a matter of taste.

Fortnite offers for the moment only one card. At the beginning of the game, you are parachuted and can choose where to land. The number and location of chests (which contain weapons, ammunition, objects) present varies systematically, but the environment is always the same, the constructions bringing anyway variety: finally, it is up to the players to create the map. Epic Games prefers to improve the existing map at the moment, others will come out later. 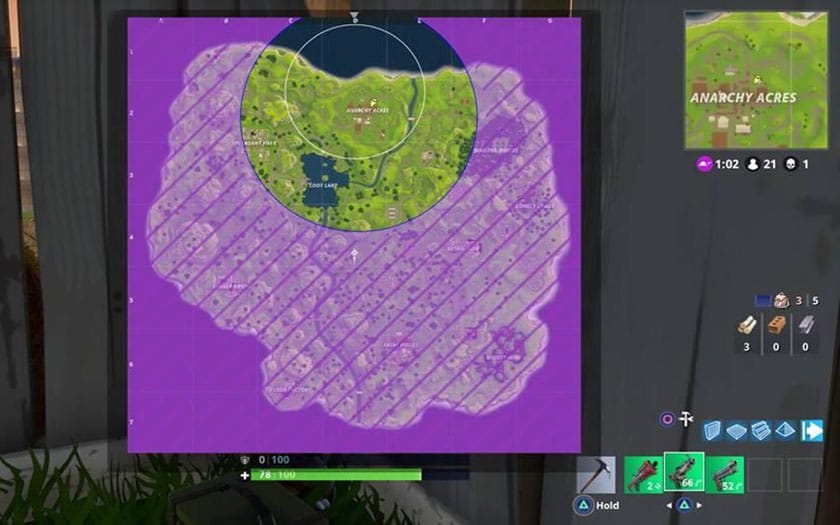 Regarding PUBG, we are entitled to two different cards, Erangel and Miramar. By throwing a game, players are randomly directed to one of the two maps, bringing some variety. Namely, the PUBG cards are much larger than those of Fortnite. Moreover, PUBG offers the possibility of driving vehicles to move faster, which is not found in its competitor. Two new cards less imposing including a 4 × 4 must land on PUBG soon. 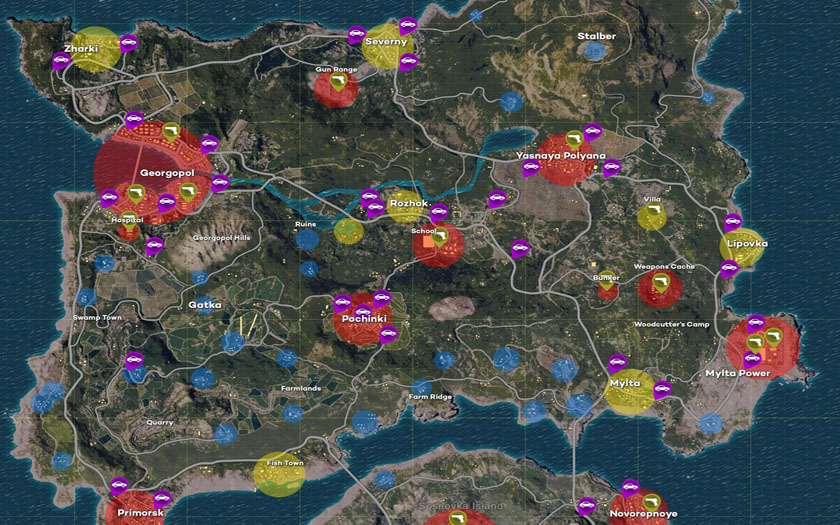 Epic Games drowns its players with content via weekly updates. Temporary gameplay, new weapons, new items, new skins ... the game is constantly receiving content updates. During the update 3.6 of Fortnite, one witnessed for example the appearance of the sticky grenade. Previously, a 50vs50 mode was launched for a reduced period of time, which will itself leave room for another event. We can also specify that updates come out at the same time on all platforms.

PUBG follows a lower pace but the pace of updates is still correct. It is of course more complicated to make changes with its game engine than the Unreal Engine 4 used for Fortnite. Bluehole, however, promised a lot of new things to come, so we wait to see. But clearly, to date (April 2018), Fortnite is more daring from this point of view. 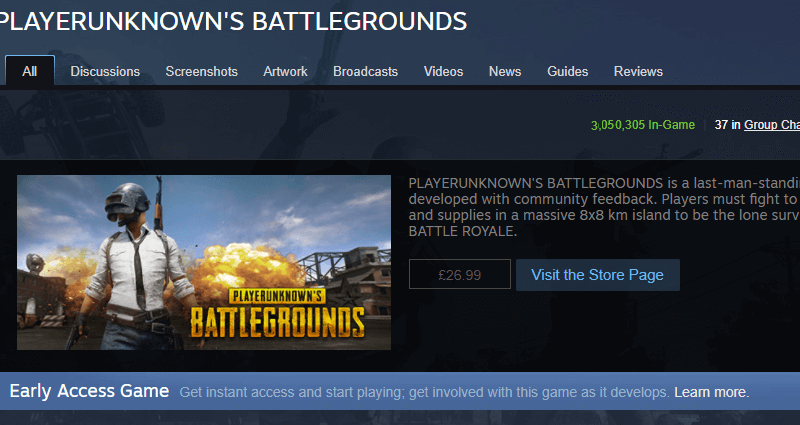 Fortnite Battle Royale is a free to play game. Just download the launcher and the game, and voila! Of course, microtransactions are part of it but they only give cosmetic objects like skins, which do not affect the game. A season pass system also allows to unlock challenges and the rewards that come with it. But we can really do without it.For its part, PUBG is paying. It is currently sold 27 dollars on Steam. It can however be downloaded for free on the Google Play Store. Microtransactions are also present here, but as for its competitor, they are far from indispensable.

n gives you a short summary. Favor Fortnite if you do not want to pay, you want fun, creativity, and punch, you like the cartoon atmosphere and you plan to play on PS4 (in this case, you have no choice). On the other hand, leave rather on PUBG if you are connected simulation, that you are looking for realism and that you like to scare you. So, for you it will be Fortnite or PUBG?

Post on the forum because of the formatting, punctuations problem.

Thank's for your replies guys

Personally, for me it is PUBG. The game that I loved, although the ugly thing is that there are games in which they are bots and another thing is when it's your turn to a team that does not revive you and tries to kill you :T

PUBG is a lot of fun and it's really great game, better graphics etc. But fortnite is satisfying because of build battles. I prefer both games.

I like fortnite better due to its more "intense" gameplay compared to pubg but then again, the intensity would probably die out after another few seasons

Fortnite went a bit too much with whst you can do in game. I prefer PUBG for being more direct and less complex.