After analyzing the game itself, today we will look over the game's actual condition, before looking over to the exiting news from ArenaNet regarding the third expansion.

Some says a game starts dying the day it launches, expecially for MMOs. And, talking of Guild Wars 2, to tell if the game is dying is something rather hard. The playerbase is really hard to quantify, since we have different numbers from different sources, and there's no official data. The average number o players shoud be between 1.5 millions and 3 millions, and that's all we've got. So, maybe it's better to consider some other factors to value the game's life (but consider that eve 1.5 million is such a huge number, wich puts the game in top4 of most played MMORPGs at the moment). So,how can we evaluate the game status?

Speaking of game health, end.game content is surely one of the most important factors to consider. Even if a game has an extreme long main story (and that is the case of Guild Wars 2), people will quickly reach the level cap; then the big question will come up: what can i do now? Well, this is one of the strongest upsides Guild Wars 2 has: an incredible variety of End Game content.

Speaking of solo PvE (Player versus Enviroment), GW2 brings lots of hours of additional stories, dynamic events and tasks. One of the upsides of playing an old game is that you have a lot of accumulated updates and multiple storylines to discover. GW2 features two expansions, Heart of Thorns and Path of Fire, and 5 season of Living World, providing a total of 7 huge questlines to complete. The two expansions come up with two Elite specializations for each profession, allowing you to explore far more different builds and ways to ply your character. As every content in the game, you will have the possibility to decide the fate of people you encounter, making this your own story, based on the decisions you take.

While roaming from a quest to another you'll also find an extremely high amount of things to do: Renown Hearts are simple, fast paced quests you can do to help people you meet; given a variable amount of tasks (normally 3 to 5), you can complete each one of them or only one multiple times (normally completing every task once won't fill the heat fully). So, to help a farmer with ihis lads, you can either spend your time harvesting and planting, or go the violent way, killing pests, or even do both. But that's not all Tyria has to offer. If you like to explore, you can roam form one Point of Interest to another, discovering new waypoints (wich will make your life easier in terms of travelling) and looking at new beautiful Vistas, all spread in every corner of the world.

When exploring, however, you'll also face new events around every corner. Bosses to beat, Fortresses to protect, even elder dragons to slay! You will ever have something to do. 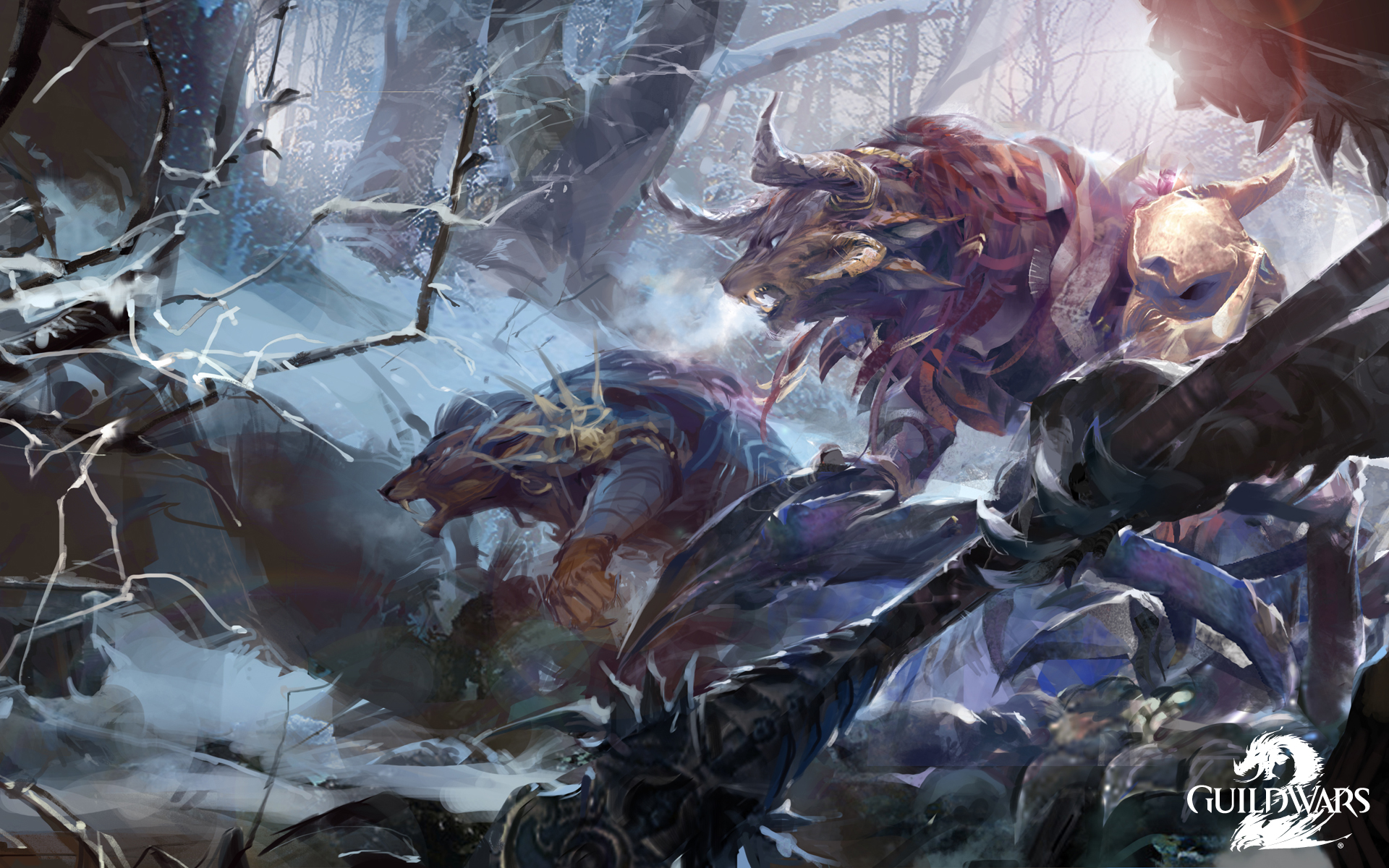 Don't like solo contents? Wanna have fun with friends? GW2 features three different ways to cooperate with players.
Dungeons have a story mode and a repetable exploration mode. Combats here are very challenging and require a lot more skill than Open World. Fractals, meant for five level 80 characters, need you to farm equipment and play at your best to complete. Raids are the most challenging mode you can face in game (speaking of PvE), menat for ten, level 80 and well equipped, players.

If you prefer playing with friends by beating them to dust, Structured PvP is the way to go. Here you can face other players in Conquest (the classic 3 point PvP), Deathmatches (where the winner is the last to stand), and Stronghold. Conquest are 5v5 game instances (in one out of 9 possible maps); you can score points by owning Capture Points or by performing lots of different activites on the map. Cooperation is the key to win. In Team Deathmatch (even if 2v2 or 5v5) you simply have to kill your opponents as quickly as possible. Stronghold, however, is a different, and rather unique, way to play PvP. Your team will have a strongjhold commanded by a Lord. The game ends either by killing your opponent's Lord or by time. This game mode requires a lot of Strategy and know how to both protect your lord and assault your opponet's stronghold efficently. 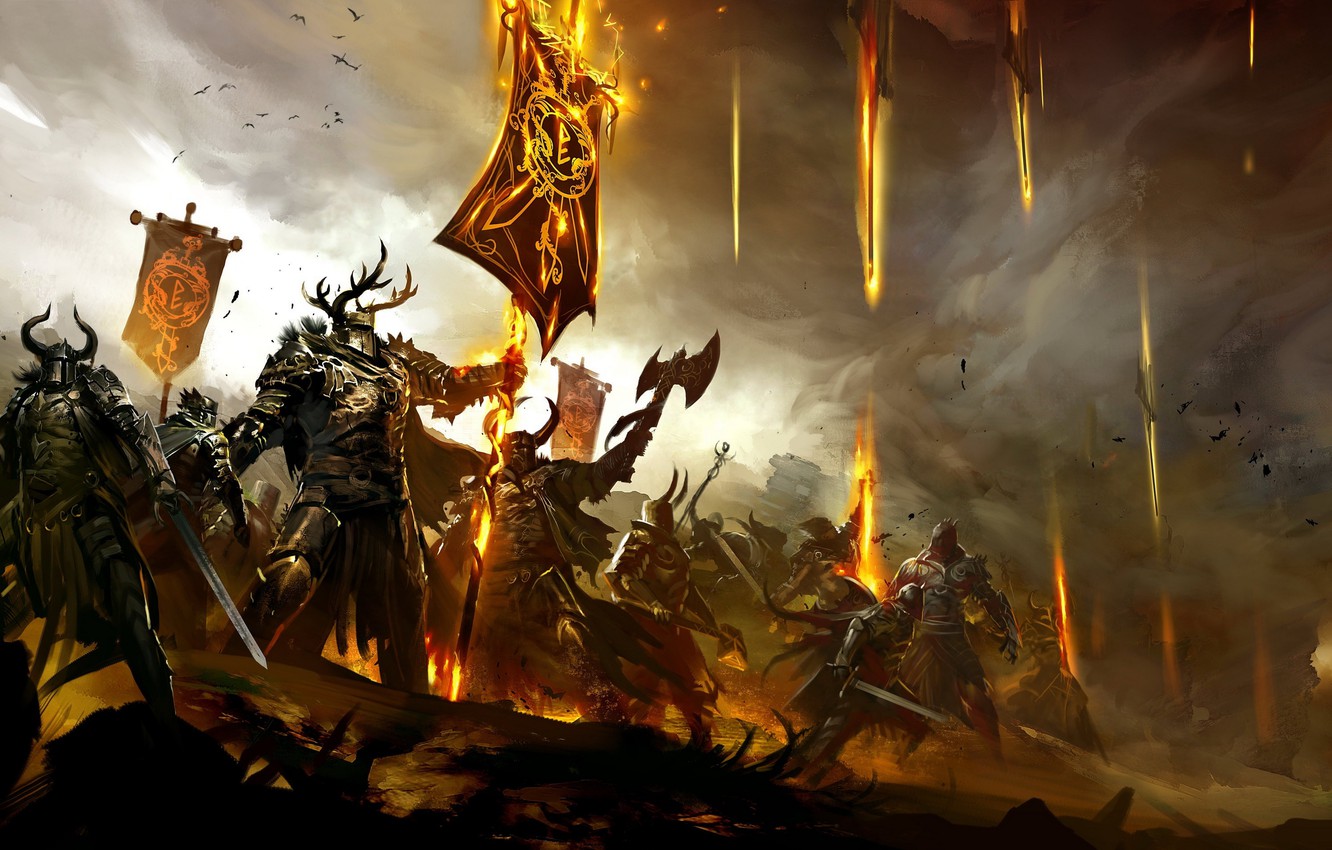 World versus World is the prince PvX mode of GW2. As a mix of both PvP and PvE content, World versus World will put you into a real war, giving you the option of doing everithing you want. You can join a Zerg (a huge group of players guided by a commander) or be in a small group or even going solo. The goal is to conquer opponent's strongholds, waypoints and other landmarks. In this game mode, you'll face players from another server, testing your skill with a real war enviroment.