The UFO: Enemy Unknown series was founded in 1994, and then after many years it was resurrected as XCOM Enemy Unknown. This game was created in 2012 by Firaxis Games and published by the 2K Games studio. The title was originally released for PC, PlayStation 3 and Xbox 360, but soon it also hit iOS and Android. XCOM Enemy Unknown is not a direct story continuation of the series, however, it is kept in the same atmosphere of horror and science-fiction. This is a turn-based strategy game. The story tells about the first conflict of people with a race of dangerous aliens who came to Earth to colonize and take over it. Therefore, the XCOM organization is established, which fights the invaders on the first front. 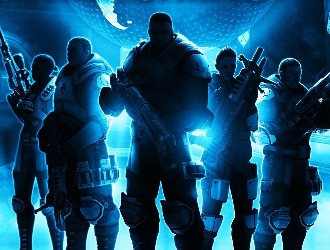 XCOM Enemy Unknown is a game released in 2012 on PC, PlayStation 3 and Xbox 360. It is a kind of resumption of the UFO: Unknown series launched 18 years prior, but it is not a direct continuation.

This is a typical strategy game set in the realities of Science Fiction, telling about the conflict of humanity and an aggressive alien race.

The game very soon after the premiere was quite highly rated among both fans and critics. If you also want to join the XCOM organization fighting for the good of our planet, exchange your Soul Gems for XCOM Enemy Unknown today!