Get WWE 2K16 absolutely for free! 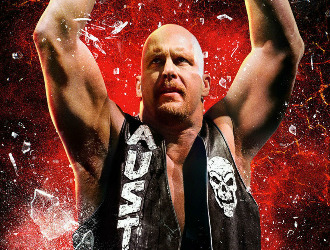 WWE 2K16 is another edition of the popular series of professional wrestling video game. WWE 2K16 was created thanks to cooperation of the Yukes and 2D studios. This edition of the game offers us a number of interesting improvements and modifications. We have over 100 male and female players to choose from. Each character has its own unique features and abilities, which distinguish them from the others. Among the wide range of players we can find both former and present stars of this thrilling sport.
We can choose different variants of the game. One of them is a highly developed MyCareer mode, which offers us many more opportunities than in the previous editions. In this mode, we create our hero from scratch. We choose his appearance and also the abilities, which we will develop by gaining exeprience. Our task is to train and become the next icon of the wrestling world.
In the 2K Showcase mode, we can play as one of our favorite players. By unlocking new arenas and types of matches, we can recreate the most legendary games in the history of wrestling.
This version of the game offers us many improvements, such as new props, which we can use during the fight and a new, more accurate system of hitting.
We also see big corrections in the graphics itself. Realistic animation and a team of commentators makes us immediately move to the international wrestling arenas.