Get TEKKEN 7 absolutely for free!

The Tekken series began in the 90s, when it won the hearts of young gamers in arcade games salons. Since then, the game, in addition to brawls, offers its players a coherent and interesting storyline, which is worth following along with the premiere of each subsequent part.

Tekken 7 is one of the most gloomy parts of the series. Here we find many dark secrets about Heihachi and his family. In this part we can also encounter a character from a competitive fight game, which plays a very important role in the story. The mechanics at Tekken 7 are not much different from the previous parts, but some improvements have been made here. 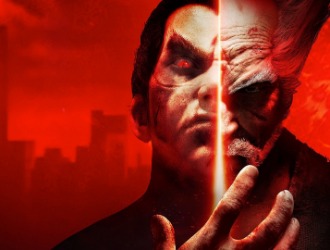 Tekken 7 is a game which was released in 2017 by Bandai Namco. It is the seventh, full-fledged part of the series, which began in 1994, when (used to be-) Namco released the first Tekken on the arcade game machine.

The Tekken series from the very beginning is a 3D brawl game. Despite improvements in mechanics, huge changes in graphic design and improvements in technology, Tekken still have an arcade machine game soul. The game focuses on fights for two people on one screen. If you want to play this interesting game, which is perfect for meeting with your friends, exchange your Soul Gems for Tekken 7!