Get Tales of Vesperia: Definitive Edition absolutely for free!

Tales of Vesperia: Definitive Edition is a remaster of the popular Japanese game from 2008. Refreshed, kept in a climate of manga and anime graphics, makes the game even more pleasurable than the original. Get the key to Tales of Vesperia now without spending any money! 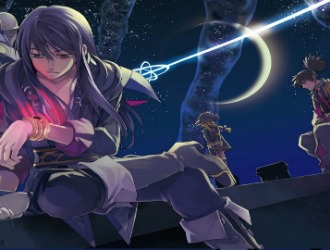 Tales of Vesperia: Definitive Edition is a remake of the Japanese game released in 2008, which focused on graphically refreshing the original game and adding some additional elements.

The story takes place in a fantastic world called Terca Lumireis. Humanity uses in it tech-devices created from the remains of a long-extinct race, the use of which in the past led to the creation of a dangerous beast, Adephagos. It has been tamed, but a new generation of devices can lead to its release, and as a result — to the end of the world.

The game is modelled on classic fighter games, and the combat system is based on the rules typical of arcade games, it does not deviate from the solutions used in its original. Graphics in the style of manga and anime have been strongly refreshed, so the creators give our brand-new quality of Tales of Vesperia.

Can you save the world from destruction? Check it out with the free Tales of Vesperia: Definitive Edition key!