Get Syberia 2 absolutely for free!

In the early 2000s, the studio Microids in cooperation with the Belgian writer Benoit Sokal created one of the greatest adventure games of recent years - Syberia. This excellent, gaining hundreds of prizes game was continued in 2004.

Syberia II and its first part were supposed to be one full story at the very beginning. The game, however, has been divided into two parts.

The second part of the game, however, was created in much better graphics design and smoother mechanics, which had a positive impact on the quality of the game reception. 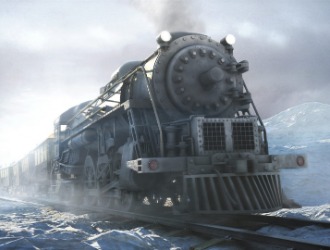 In 2004, Studio Microids released a continuation of the outstanding, great adventure game which was Syberia released in 2002. Since then, Syberia II has been renewed and is now available on almost all platforms.

The game tells the story of Kate, Hans and Oscar, and the plot of Siberia II begins exactly in the place where the first part ended. Syberia II is a perfect climate, a fantastic plot and an interesting story which has won the hearts of the thousands of players around the world. Syberia II is now considered one of the canonical games.

Exchange your Soul Gems for the game today.