Get Stronghold Crusader 2 absolutely for free!

Get for free RTS game Stronghold: Crusader II, with plot taking place in the Middle Ages. In the game, which is a continuation of the hit from 2002, you have the chance to play the role of the commander of one of the armies fighting in the Middle East during the Crusades. Lead the crusade as Richard Lion Heart or defend against the invaders taking the role of Sultan of Syria. 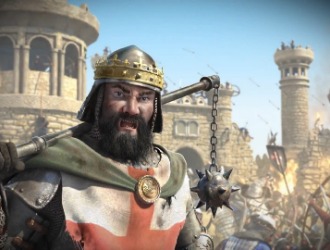 Stronghold Crusader 2 is a continuation of the popular game Stronghold: Crusader, which is a classic castle simulator. We will move into it in the twelfth century deserts of the Middle East, playing the brutal knight or Arab freedom fighter.

Lead your army to fight as Richard Lion Heart or Sultan of Syria, face tornadoes and swarms of locusts, manage desert economy and take control over life-giving oases - all to prove your domination.