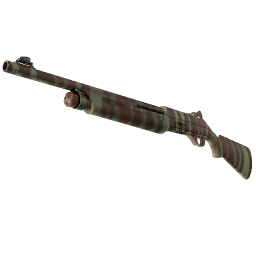 The Souvenir Nova | Predator is a souvenir from the Predator movie. The pistol was covered with a camouflage pattern and decorated with a predator's claw on the handle. In addition, the weapon has a unique inscription "Game Over". Exchange your Soul Gems for this Souvenir from the Predator! The Nova is a pistol from the Counter-Strike series, which appeared in the games as early as 1999. It is a relatively inexpensive handgun, but its power is very high. It is intended for those who have already gained experience in the game. The Souvenir Nova | Predator has a wooden handle and a small magazine, but a great advantage. Exchange your Soul Gems for a Souvenir Nova | Predator!