Get Skulls of the Shogun absolutely for free!

Skulls of the Shogun is a game which has an extremely intuitive interface. Its climate has been kept in eye-catching, cartoon style. It is a turn-based strategy game, heavily inspired by Japanese legends.

The action of Skulls of the Shogun takes place in feudal Japan, which was taken over by the ghosts of the deceased warriors. Heroes of the game - monks enchanted into animals, resurrected samurai and dead generals are struggling to win Skulls of Shogun. During the game, the player visits a variety of diverse, interesting lands. 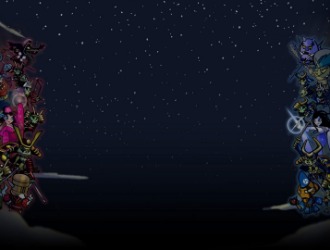 Skulls of the Shogun

Gamehag loves its users. We create this place with you. To appreciate all players, we have introduced the opportunity to collect Soul Gems which can be exchanged for great prizes!

Skulls of the Shogun is a fantastic strategy game, kept in a cartoon style. The plot of the game takes place in feudal Japan. This place was taken over by the ghosts of dead warriors. Resurrected Samurai and other characters compete for the eponymous Skulls of the Shogun which are a great artifact.

Do not hesitate! Exchange your Soul Gems for Skulls of the Shogun now and immerse yourself in this amazing game!